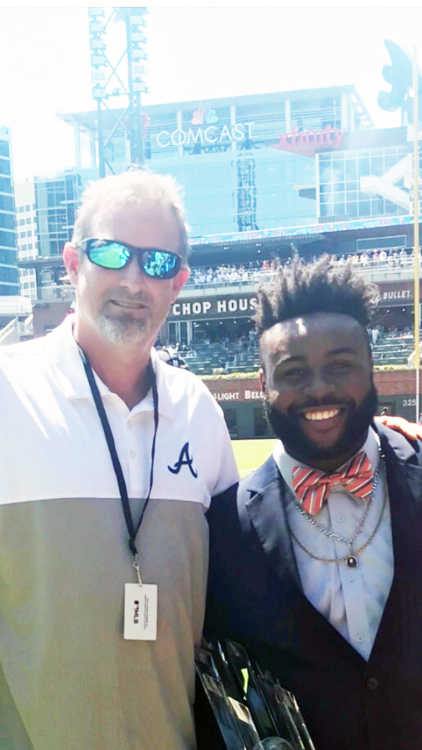 Atlanta Braves scout Jon David French is preparing for the 2020 MLB draft in a much different way this spring. 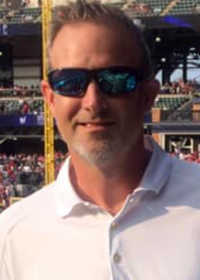 “I’m typically on the road at a baseball game almost every day of the week in the spring,” French said. “I typically visit high schools during the week and colleges on weekends.” 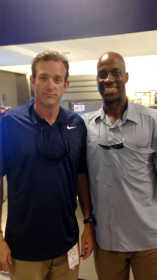 With baseball activities halted at all levels due to the COVID-19 pandemic, French finds himself reviewing his top targets on the computer screen at his house in Kennett, Missouri, instead of watching the players perform in person with his own eyes.

“Right now we are reviewing the players we have seen from our computers at home,” French said. “The scouts for the Braves and every organization are preparing for the draft right now.”

Picking the right players has become the norm for the veteran scout. French, a 1991 graduate of Kennett who was drafted by the Oakland A’s in 1995 after enjoying record-breaking pitching stints at Three Rivers College in Poplar Bluff and Arkansas State University in Jonesboro, has served as a baseball scout for the last 21 years.

He was promoted Area Scouting Supervisor for the Atlanta Braves for North Dakota, South Dakota, Nebraska, Missouri, Arkansas, and western portions of Iowa in 2018. Since being promoted to the position the Braves have drafted six players from French’s region. Among the six players are 2018 Missouri graduate Trey Harris who was selected Braves Minor League Player of the Year in 2019.

“We took Harris in the 32nd round my first year as Area Scouting Supervisor,” French said. “He’s already in Double A.”

While the opportunity to scout players in-person has been disrupted this spring, French has already observed some potential draft picks.

“I go out in the fall and have scout days at all of the major colleges,” he said. “Then, based on what I see at the scout days, I go back and see some of those kids again in the spring. You typically go see your top guys first and work your way down in the spring.

“We went to meetings in January and talked about our top players,” French continued. “Then I hit the road in February. Division II baseball started Jan. 31 this year and I was in Houston, Texas, for a week watching Division II schools. Then Division I opened on February 14 and I spent the first week at the University of Arkansas.”

The draft remains on schedule to begin June 10 but will likely have fewer rounds than usual.

“It’s normally 40 rounds,” French said. “This year since there are no minor league games taking place right now there aren’t really any spots open to play so the draft will be cut to five to 10 rounds.”

French believes reducing the number of rounds will lead to organizations chasing after additional talent not selected in the draft.

“If they only have five rounds we will go out and sign guys and offer up to $20,000 to them,” he said. “A lot of guys that didn’t get drafted are going to sign. Some players may get the same offer from 10 teams and will have to decide which club they want to go with. It’s just going to be a weird year this year.”

The NCAA decision to grant spring athletes an extra year of eligibility is also likely to impact the flow of players from one level to the next throughout baseball.

“Granting the college kids an extra year is going to jam up things,” French said. “It’s going to be crazy.”

French is unsure when he will have the opportunity to begin watching candidates for the 2021 MLB Draft.