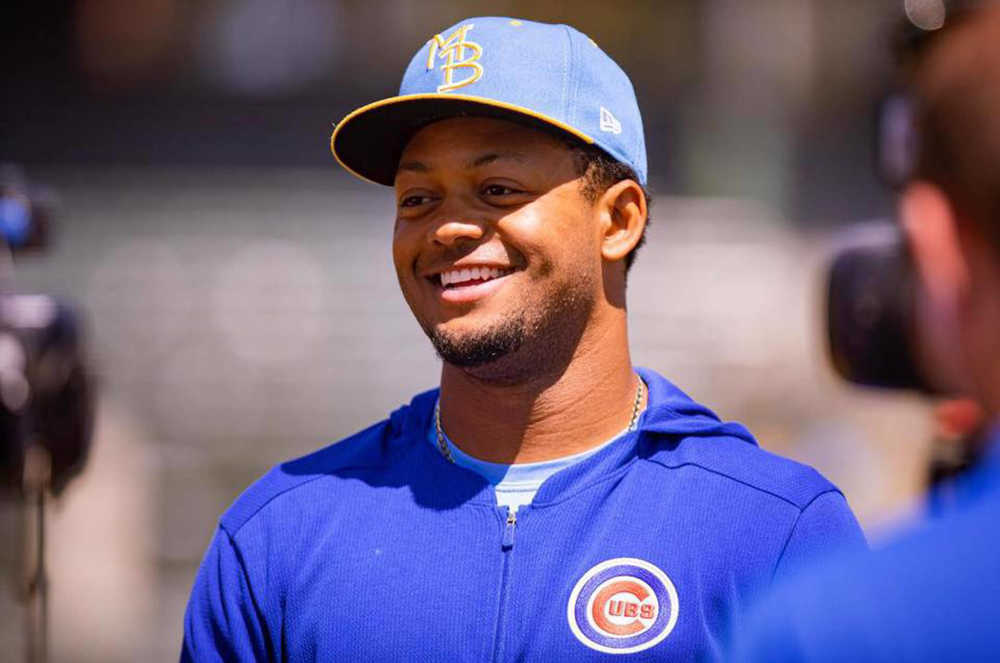 Mitchell, who was drafted by the Chicago Cubs in the 13th round of the 2014 MLB June Amateur Draft, has grown accustomed to preparing for baseball season at Sloan Park in Mesa, Arizona.

But things are much different now. The right-handed slugger has spent less than 10 days this year at the Chicago Cubs training facility in Mesa preparing for the 2020 baseball season.

“We got going on March 6,” Mitchell said. “The week I was in Mesa we had two days where we actually got on a field and took batting practice and fielded fly balls. It rained the other days. Then all of a sudden they sent us home because of the corona virus and I’ve been home since March 14.”

Staying home has its advantages but it’s not exactly the best place for a professional athlete to prepare for work.

“I’m trying my best to stay fit,” Mitchell said. “But it’s really different. I’m not facing any live pitching and I cannot field any balls off the bat defensively. Things are just really weird right now.”

Adding to the challenge is the uncertainty of what’s next.

“I’ve heard there may or may not be a minor league season,” Mitchell said. “My agent has been keeping me up-to-date about what might happen next. But everyone in all aspects of the game is lost right now. Nobody in baseball has ever dealt with a situation like this.”

Even if minor league baseball season is cancelled Mitchell remains hopeful he will have the opportunity to participate in some type of baseball activities this summer.

“I personally would be surprised if a minor league season happens where you actually play at your home affiliates,” he said. “But I could see returning to the spring training facilities and getting some type of work in this year.”

“I felt really good last season,” he said. “Power wise I kind of figured out my swing a little bit and what works best for my body. I was able to get more balls elevated into the air. Myrtle Beach is a tough place to hit. The ball doesn’t carry very well.The entire Carolina League is a little different with most of the affiliates located by the ocean. I feel like I did well enough on the home run aspect considering the conditions.”

Mitchell has also enjoyed success at his other minor league stops along the way.

Mitchell also put together a clutch performance for the Eugene, Oregon, Emeralds in 2016. Mitchell finished 2 for 3 with an RBI single and threw a runner out at home from left field in the decisive game of the Northwest League Finals the Emeralds won against the Everett Aqua Sox 2-1.

“Our journey to win that title was tough,” Mitchell said in 2016. “Our team chemistry was there the entire season. We went on a 15-game winning streak. We broke the Northwest League record for most wins in a row. Our great pitching and hitting just came together and we ended up winning it all.”

The six-four, 185-pound Mitchell has played primarily left or right field during his minor league stints.

“There are days I’m in left and days I’m in right,” he said. “I’ve moved back and forth. At one point I thought I would stick to left but then I stated getting more work in right field. I like both positions honestly.”

Mitchell had the opportunity to play outfield for the Chicago Cubs in a MLB spring training game in 2019.

“That was amazing being on the bench with those big league guys,” he said. “You see them on TV but when you are in there with them it’s just a different atmosphere in person. They are down to earth and willing to help you in all ways. It’s a great team environment with guys like Kris Bryant, Jon Lester, Anthony Rizzo and Javier Baez. They are all as cool as they come.”

Mitchell is hopeful he can continue his quest to reach the big leagues at some point this year.

“I hope I get some live at-bats and defensive work at some point,” he said. “I think in the end everything will work itself out.”

Until then he plans on enjoying the extra time he is getting to spend with his family in Kennett.

“I haven’t been home for a long time in the spring,” he said. “It’s nice to have the opportunity to spend some time with family. We go outside and enjoy the weather at least. I’m just trying to make the most out of this weird situation that is going on.”