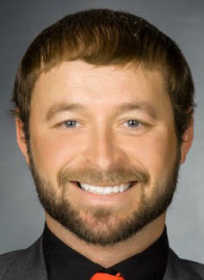 Bell City High School is conducting an experiment with its boys basketball program.

After the resignation of coach Dom Johnson, Superintendent Matt Asher made the decision to hire an assistant coach who will be groomed to be the head coach in a year or two.

In the meantime, he and second-year high school principal Kenyon Wright will lead the program. 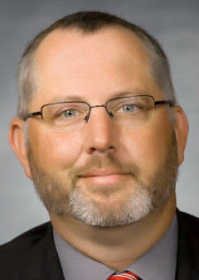 “We’ve had a limited number of applicants. It’s hard to find a quality applicant,” Asher said. “Sometimes it’s difficult for schools like us, being small and not having much success lately.”

Over the past three seasons, the Cubs went 2-64. They snapped a 44-game losing streak with back-to-back wins at the Oran Invitational to take home the consolation trophy at the start of the season. However, they closed the year on a 21-game losing streak.

“He will be the head coach in training,” Asher said.

Part of Asher’s and Wright’s blueprint to success is teaching players that they must work on their games outside of practice.

“We want to instill that they’ve got to play hard and maximize the opportunities to make themselves better,” he said. “It takes a lot of hard work to see success. I’ve coached some of these kids in elementary and little league. They know what I’m about.”

Wright wants to give back to the community where he was raised.

“I want to be able to give them the opportunities I had when I went here,” Wright said. “I learned a lot about basketball and life. They taught me about being successful in life. I’m excited to give back to my community because I had a lot of help.”

The 2003 Bell City graduate has enjoyed plenty of success on the basketball court.

Wright has won five state championships, one as a player at Bell City in 2002 and one as an assistant for Ronnie Cookson at Scott County Central in 2009.

Wright was the head coach for four seasons at Scott County Central where he led the Braves to three straight state championships from 2010-12.

“Why change what works,” Wright said of his success at Scott County Central. “I took (Cookson’s) style and did exactly what he did. He helped me out more than he probably knows. He was a great dude. If it wasn’t for him, I wouldn’t have had the opportunities I had.”

Asher is no stranger to coaching. He coached the Bell City baseball team for 10 seasons and was an assistant for Bell City’s state championship basketball teams in 2002 and 2004.

Asher and Wright will be co-head coaches.

“We’re tag-teaming the head coaching responsibilities,” Asher said. “We’ve both been head coaches at the high school level. We’re going to train up the kids, show (Bixler) the ropes (and) show him what needs to be done.

“We both have other responsibilities. We’ll let Mr. Bixler work his way in there.”

The Cubs expect virtually their entire roster to return next season. Dakota Morton, who received little playing time, was the team’s only senior.

Leading scorer Luke Nichols, who averaged 22.8 points per game, was one of six juniors on the roster last season.