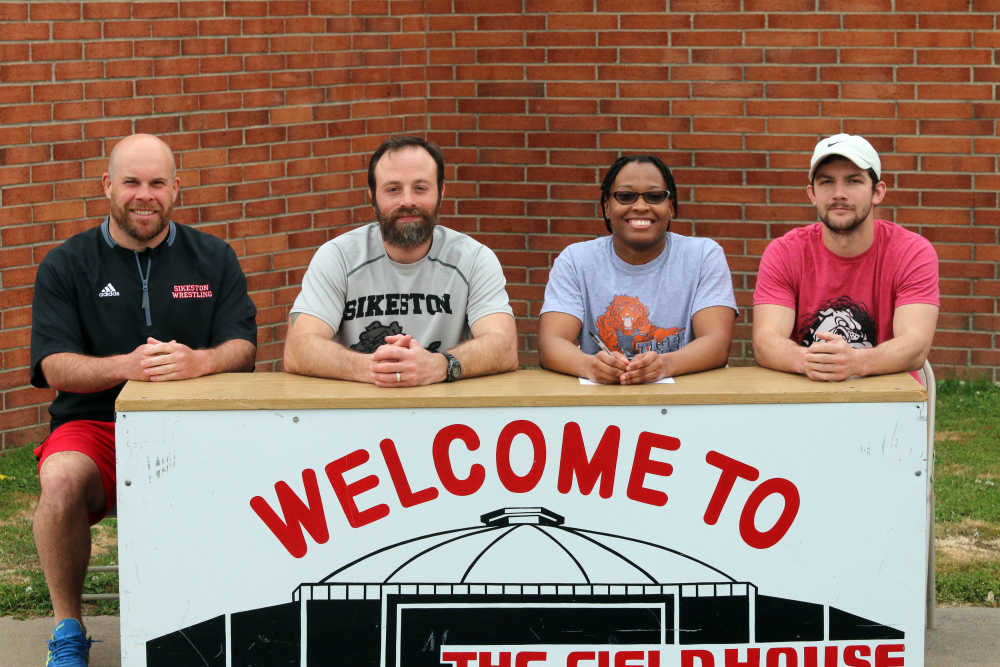 SIKESTON — A program that just finished its second season apart of the Sikeston athletic department, the girls’ wrestling team already has its first grappler heading to the college ranks.

The Griffins finished their first year as a program this past season, placing 32nd out of 50 teams in the Missouri Valley Open and 15th of 17 teams at North Central College Open.

Heading into college, Jones has one thing in mind, and that is working her way to winning a national championship.

“They have a new girls’ wrestling program, and I was interested in being apart of it,” Jones said. “I’ve gotten to know the coaches that go there during the season, and I liked them, and I think that going to this college would bring me to being a national champion one day.”

Jones finished her senior season with a 35-4 record and was undefeated for most of the campaign. Her only losses came in the district tournament and the state championships.

She finished with 27 pinfall wins, two technical falls, and one major decision victory.

For Sikeston head coach Blake Angle, Jones’ story is one that he can tell to future classes.

“Cherei’s story is amazing,” Angle said. “She never played a sport and here’s a girl who’s never done any group activity like that or group athletics, and comes in and picks it up. Something different about her is she is consistently in here, and she goes to prove that anyone can be good at wrestling. It’s just how much you want to prove it. How bad do you want to be that successful.”