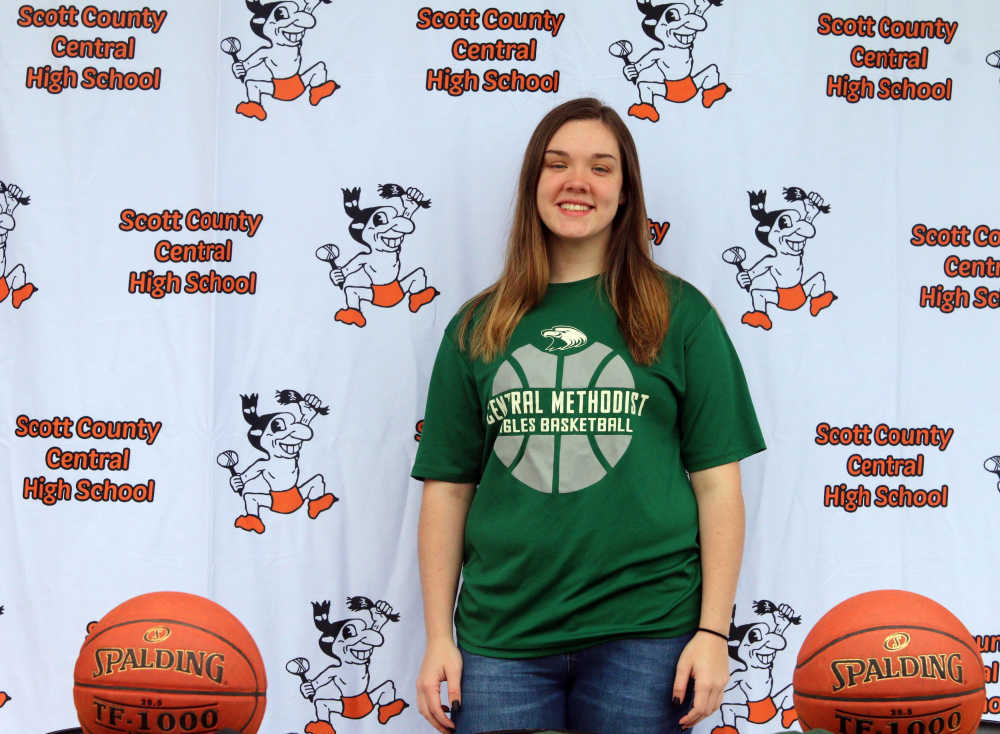 Meeker neared a double-double for the Bravettes on the court this season, as she finished with 8.7 points per game and eight rebounds. She shot 50 percent from the floor as well, but the reason she chose to play at Central Methodist was not only the support from the coaching staff but what the institution offered off the court.

“There nursing program is great, so it allows me to play basketball, but also get a good experience for my education,” Meeker said. “I haven’t been there (for a visit), so I haven't met any of them (the coaching staff), but they were just really supportive in trying to help me in any way to go there.”

Above everything else, what Meeker will bring to the floor, is a winning attitude.

At Scott County Central, Meeker helped her team to a 68-36 record in four years, and one district championship (2019).

Now, she heads to a more difficult challenge, but a program that knows about winning as well.

“I think you start with Scott County Central and what a great basketball program they have there,” Central Methodist head coach Mike Davis said. “It’s just a great tradition, and I don’t care who you are, if you grow up and you’re part of that, it becomes a part of who you are, so I think that’s a real plus for Rita. She’s the full package. Off-the-court, what a great student. You don’t get what’s on the basketball court with her; you get all the other intangibles.”