Column: The end of college athletics, as we knew it, is coming 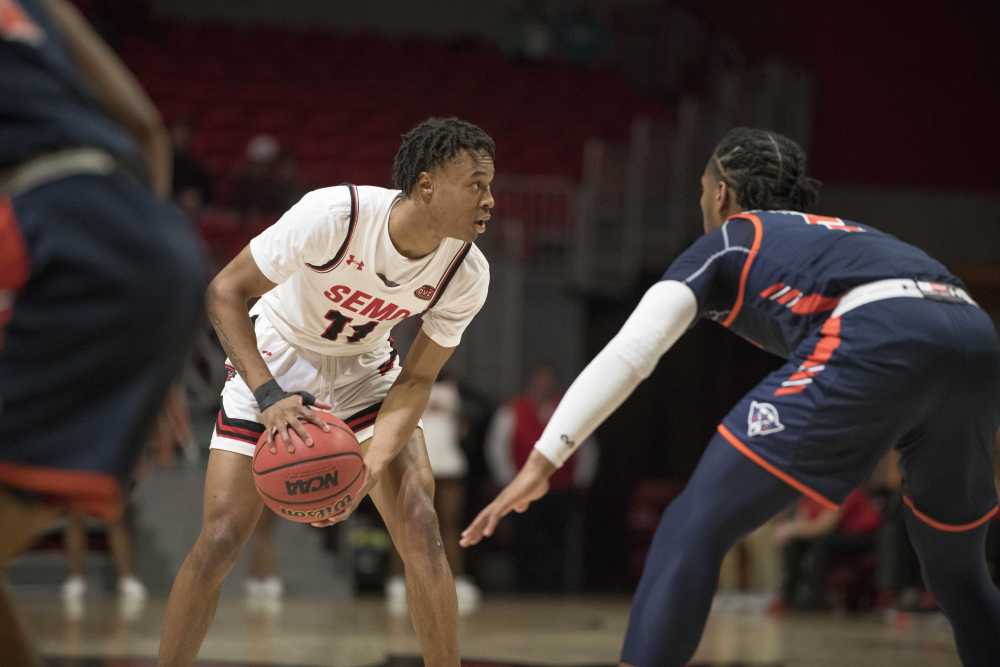 Southeast Missouri State University freshman guard DQ Nicholas (11) eyes the defense during a game against UT Martin this past season at the Show Me Center.
Southeast Missourian file
Order this photo

The sport of men’s college basketball has been in the throes of a figurative virus for years due to several issues, most notably the transfer epidemic. However, in the past month, the sport has been placed in the hospital because of threats from professional leagues, while on Wednesday, the NCAA sent the sport – and football, as well – to the intensive care unit.

The NCAA announced its Board of Governors was moving toward allowing student-athletes the opportunity to receive compensation for endorsements and promotions beginning in the fall of 2021.

“Throughout our efforts to enhance support for college athletes, the NCAA has relied upon considerable feedback from and the engagement of our members, including numerous student-athletes, from all three divisions,” Michael V. Drake, chair of the board and president of Ohio State said in a release. “Allowing promotions and third-party endorsements is uncharted territory.”

It isn’t just “uncharted territory,” it will be utter chaos. And even the verbiage being used by the NCAA in explaining itself is nonsensical.

This isn’t the rant of a middle-aged sports fan that longs for the days of yesteryear and wants to prohibit young people the right to earn money. The NCAA can pass any rule it wants. Go ahead and allow the student-athletes to receive compensation.

However, there are ramifications to any decision in life and this one is going to result – in certain ways – in the ruination of men’s college basketball and football in the eyes of many fans.

If you think that it sucks to be a college coach today as they deal with the migraine-inducing issue of roster management, just wait until he also has to manage the compensation opportunities for his players. And make no mistake about it; the coaches absolutely will be involved in these situations, regardless of what the NCAA is blabbering about.

The Board of Governors created “guiding principles” last fall to navigate this “uncharted territory” and some of those ideas are pure fallacy.

This one, for starters.

“Making clear that compensation for athletics performance or participation is impermissible.”

Here is another dandy.

What “fair and balanced competition” is the NCAA talking about? That doesn’t exist now. And that is without the athletes receiving compensation.

In the past five seasons, Clemson has been selected for the College Football Playoff every year, while Oklahoma and Alabama have been chosen four times, and Ohio State twice.

Guess which teams are ranked atop the preseason polls for the 2020 season?

At least in basketball, the playing field WAS somewhat balanced.

Dayton had a legitimate chance to advance deep in this year’s NCAA Tournament before it was canceled, while small, private institutions such as Gonzaga, Butler, and Villanova have a puncher’s chance each March.

With players receiving compensation opportunities, how in the world will Gonzaga - in a market like Spokane, Washington - be able to compete for financial “opportunities” for its players with the likes of Ohio State, Texas, UCLA, or North Carolina?

It won’t, is the short answer to that question.

And here is my favorite “guiding principle” of them all.

“Protecting the recruiting environment and prohibiting inducements to select, remain at, or transfer to a specific institution.”

The NCAA may as well create a rule that prohibits me from frequenting Dairy Queens.

Who does the NCAA think it is kidding?

An Alabama business will arrange for Joey Five-star to receive $50,000 in an endorsement deal as soon as he arrives on campus, and as soon as word gets out, LSU will respond with a $100,000 deal, and so on and so on.

All of the under-the-table garbage that has long gone on will now simply be allowable.

And don’t even get me started on the Texas and Texas A&M boosters’ capabilities as soon as the oil market rebounds.

If you think all of this mess will be limited to the big boys, you are incredibly mistaken.

It won’t be long before FCS program A is battling FCS program B for a linebacker and A will come up with a $2,500 deal to sway the kid. And yes, to an 18-year-old who wants to purchase the newest cell phone, video games, shoes, etc. $2,500 goes a long way and he’ll sign on the dotted line quicker than you can say “Streets of Rage 4.”

In this new world, coaches are going to be responsible for not just recruiting the athlete, but securing their services by working with the local businesses to create the funding necessary to do so.

He’ll then have to figure out how to monitor their athletic and academic development, all the while knowing full well, in basketball, if the player is even decent, then in all likelihood he’ll leave at the first opportunity.

Worrying about whether the kid got drunk at the Sig Chi party or smoked some weed will be the least of the coach’s concerns moving forward.

That is the world of college athletics that is undeniably on its way and it will unquestionably suck.

Comments
View 6 comments
Note: The nature of the Internet makes it impractical for our staff to review every comment. Please note that those who post comments on this website may do so using a screen name, which may or may not reflect a website user's actual name. Readers should be careful not to assign comments to real people who may have names similar to screen names. Refrain from obscenity in your comments, and to keep discussions civil, don't say anything in a way your grandmother would be ashamed to read.
Respond to this story