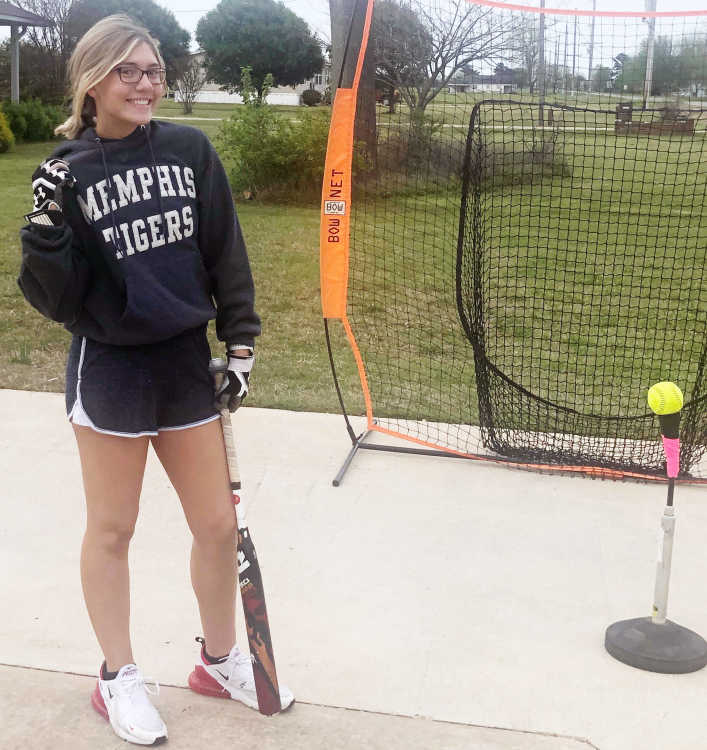 “Once colleges could talk to me in September I probably had about 20 to 30 schools reach out to me,” she said. “I had an email list and stayed in communication with several schools. There was even one school from up in New Jersey but I felt like that was too far away. I never even really considered some of them but did go on around 10 visits.”

Gibson verbally committed to play softball at the University of Memphis in March and plans on signing a national letter of intent in November.

“They made me an offer in December,” she said. “I didn’t accept it until March because I wanted to pray about it first and make sure it was what I wanted to do.”

Gibson, who lives less than two hours from Memphis, is no stranger to their softball program.

Gibson was selected Tri-County Conference Player of the Year her sophomore season at Southland.

“She pitched and played first base her sophomore season,” Southland softball coach Macy Shearer said. “She can be dominate on the mound. We were super excited about having her this spring.”

Gibson put up phenomenal numbers with her bat and in the circle as a sophomore. She struck out 124 in 62.2 innings pitched while posting a 1.07 ERA last spring. She also compiled an .815 batting average with six home runs and six doubles.

Gibson hopes to hit and pitch in college but plans on prioritizing pitching.

“I’ve always considered myself to be a power hitter but the older you get you have to decide what you want to put first,” she said. “At the college level some pitchers might throw bullpens at the same time hitters are hitting so you would have to decide in that scenario if you want to throw a bullpen or hit. I don’t think you can approach it thinking you are a hitter and a pitcher. I still devote time to hitting because I would like to hit in college, but it’s understandable if I’m not one of the Top 10 hitters on the team I need to devote most of my time to pitching.”

The University of Memphis is a Division I school located in Tennessee. It competes in the American Athletic Conference in softball.

“They’ve always been successful in softball,” Gibson said. “Coach Poole has done a great job developing their program and I look for them to continue to be successful in the future.”

Gibson, who has played softball in 15 states against teams from at least 28 states and competed in the Premier Girls Fastpitch National Championship in California last summer, said she has already built relationships with some of the other softball recruits who are headed to the University of Memphis.

“As many camps as I’ve gone to you meet people and see familiar faces everywhere you go,” she said. “I know two players from Arkansas I've competed against who are in the Class of 2021 who have signed to play at Memphis.”

PROVIDED PHOTO
Southland junior Jenna Gibson made a college visit to the University of Memphis in Memphis, Tennessee, earlier this school year.
Respond to this story