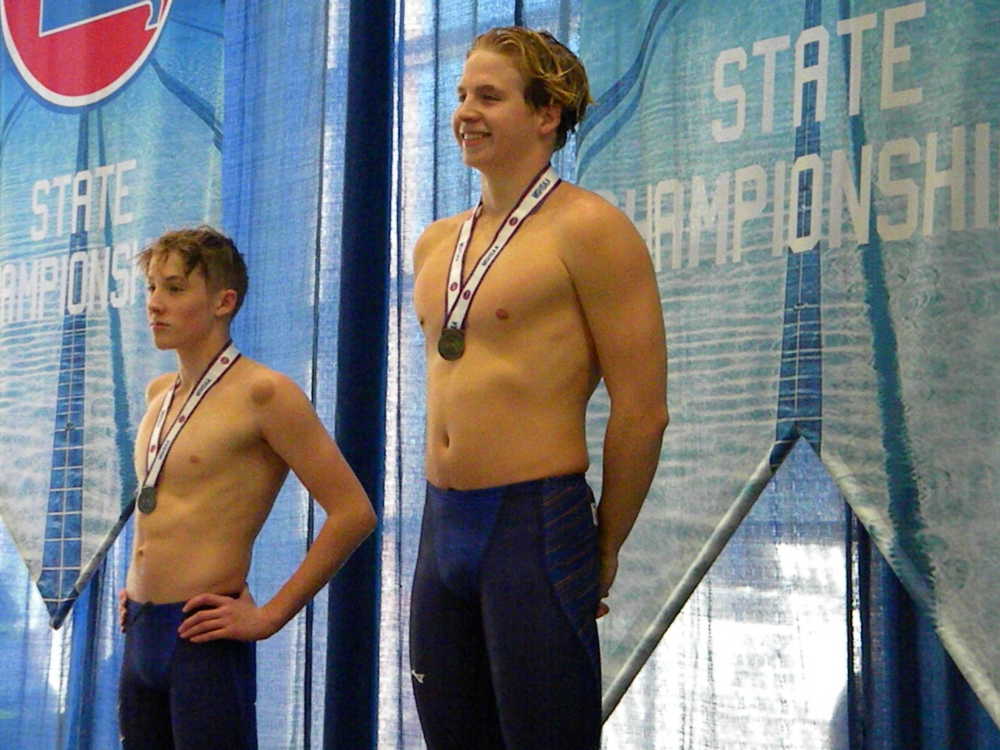 The emergence of Daniel Seabaugh on the MSHSAA swimming scene resembled more of a pop-up tornado than an anticipated rainstorm coming across the radar.

He was a face in the crowd in the fall of 2016 among the top swimmers in this state, but one year later he wasn’t a face, he was a force.

The Cape Central senior leads the 2019-20 All-Southeast Missourian Boy’s Swimming and Diving Team as the Boy’s Swimmer of the Year.

“The first words that come to mind,” veteran Tiger swim coach Dayna Powell said when talking about Seabaugh, “are dedication and commitment.”

Seabaugh won seven MSHSAA Class 1 state championships (four in record fashion) over the past two seasons, so it is difficult to recall a time when he wasn’t dominating the competition. However, flash-back to 2016 and the 5-foot-4 skinny freshman was just trying to find his way among the bigger, stronger, and most definitely faster, swimmers.

As a freshman, the Tigers won the first of three consecutive team state championships, and Seabaugh contributed to it, but only by finishing 12th in the 500 free race.

“When Daniel was a freshman,” Powell recalled, “he didn’t look anything like he does now. He said ‘Coach, I want to get that 500 free record.’”

Powell has been around the sport long enough to be a pretty astute judge of potential and she nicely explained to Seabaugh that was a good goal to have. Far into the future.

She hadn’t seen the storm clouds forming with the kid.

Two weeks after the Cape Central season ended, Seabaugh unofficially broke the school record while swimming for his club team, River City Aquatics, and then did so officially the following fall.

By the time the MSHSAA State Finals were held, Seabaugh was one of the best swimmers in the entire state.

He dropped his 500 free time by over 11 seconds in that one year and finished second by less than a second.

“Anyone that I have worked with that has accomplished what Daniel has,” Powell said, “has had to sacrifice. Their personal time, whether they want to spend time with friends, so he has definitely been willing to commit and stay motivated and determined."

As a junior, Seabaugh set the stage for why Missouri ultimately recruited him and signed him to compete beginning this fall. He won three events (200 free, 500 free, and 200 free relay) in record swims while swimming the backstroke leg of the third-place medley relay.

In winning the two individual events, Seabaugh topped the defending state champion in both (Kearney senior Evan Holt). Seabaugh trailed Holt by nearly .5 seconds with 50 yards to go in the 500 race but came from behind to beat him by .05.

To train for the 500 free, the longest race at the high school level, a swimmer has to do more yardage daily than every other swimmer on his team. It involves more yards, more challenging sets, and yes, more pain. Daily, not just in the meets.

“To be successful,” Powell continued, “you are going to encounter pain. How you handle that, do you back off or do you take it on, that is something that Daniel isn’t afraid of. He has managed the pain.”

Seabaugh closed out his career by winning all four events at the 2019 state finals, including fighting off an illness to set a new Class 1 record in the 500 free.

In true Seabaugh fashion, he won the 200 free race on less than 10 minutes of rest after helping Cape win the 200 medley relay (swimming breaststroke this year), while he helped his team win the 400 free relay just minutes after winning the 500 (and he did so by having the fastest lead-off split in the meet).

“Attitude is really important,” Powell said, “and Daniel has definitely had some ups and downs. He has learned, and this is what you want all of your athletes to do, learn how to handle the upsides, but also manage the disappointments and the setbacks.

“Where you can learn from those and come back stronger and manage all of the challenges that you are probably going to face.” 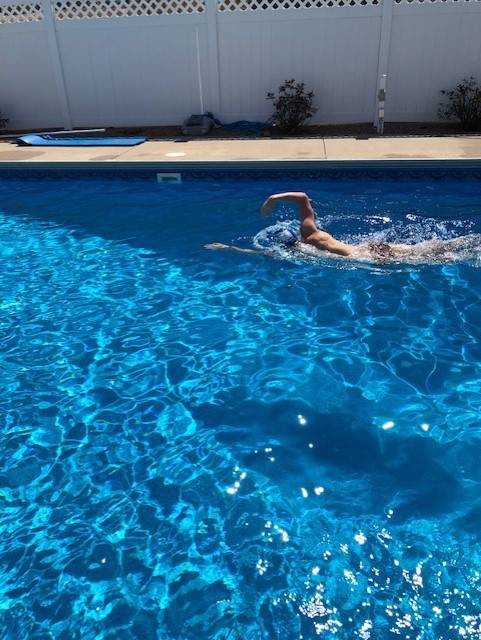 The Missouri recruit won four state championships at the 2019 MSHSAA Class 1 State Finals, including setting a record in the 500 free. He is also a finalist for the 2019-20 Semoball Awards in the sport.

The Missouri State recruit had a star-struck end to his high school career, as he was part of the winning 200 medley relay and 400 free relay squads, while individually, he finished runner-up in the 100 back and 100 races, though he broke the Class 1 records in both. He is also a 2019-20 Semoball Awards finalist.

The future star of the Tigers following the graduation of a heralded senior class, Maxton was on the winning 400 free relay team, while he placed ninth in the 200 free relay. Individually, Maxton placed third in the 100 fly and fifth in the 100 breast. He is also a 2019-20 Semoball Awards Finalist.

The senior Bulldog was part of the largest contingent to represent the school at the MSHSAA State Finals in program history. He helped Notre Dame place fourth in the 200 free relay and ninth in the 400 free relay. As an individual, Hux placed sixth in the 200 free and fifth in the 500 free events. He is a 2019-20 Semoball Awards Finalist.

The relative newcomer to the sport has made astonishing strides in his development and that showed this year, as he led-off the fourth-place effort in the 200 free relay and also helped Notre Dame take ninth in the 400 free relay. In the 50 free, Barber took seventh place and finished 19th in the 100 free. He is a 2019-20 Semoball Awards Finalist.

The young Indian swimmer was the program’s lone competitor to advance to the finals of the state meet. He took 16th in the 100 breast.

The Tiger senior qualified for the state meet in four events, helping Cape win the 200 medley relay and taking ninth in the 200 free relay. As an individual, Glenn 19th in the 100 fly and 29th in the 200 IM.

Landewe qualified for the state finals in four events. He helped the Bulldogs finish 12th in the 200 medley relay and ninth in the 400 free relay. Individually, he placed 21st in the 500 free and 25th in the 200 IM.

This story will be published in Thursday's print edition of the Southeast Missourian.