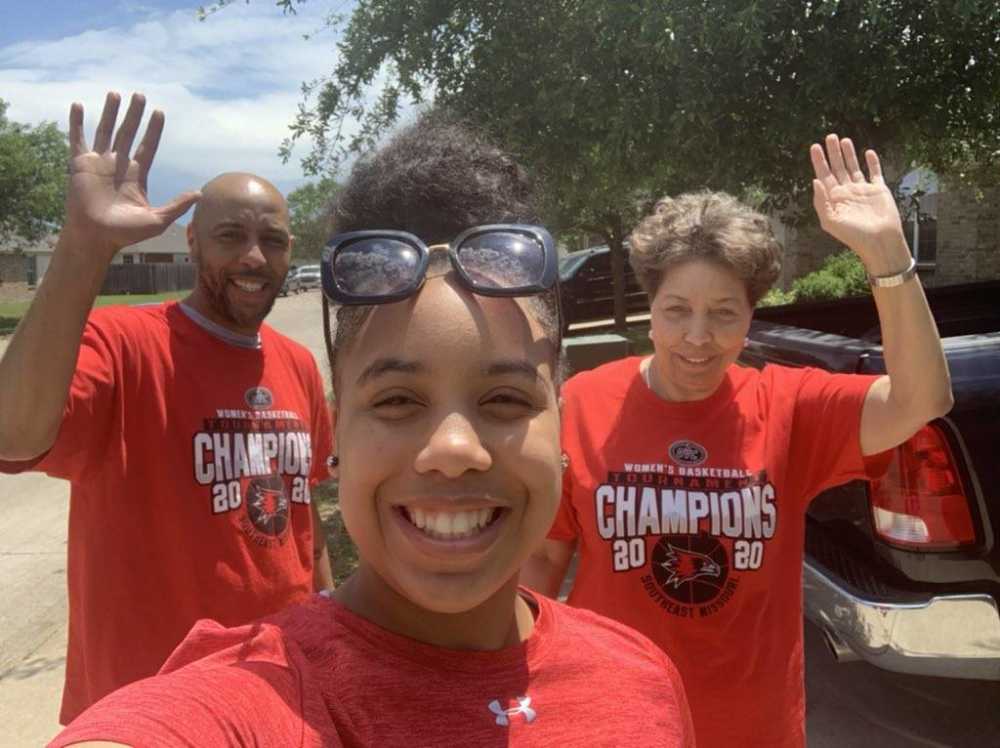 When Southeast Missouri State athletic director Brady Barke was asked last month what it took to build a successful sport at his institution, he was very specific about the core of what was needed.

“You’ve seen us hit on some success as of late,” Barke said. “I think it starts with people first and foremost. Creating a vision and developing that culture that you need and instilling a belief and pride in that program. It’s a huge starting point for us.”

There are an array of success stories to tell regarding what is happening within Redhawk athletics, but specifically, what has transpired in the past year within the women’s programs has been nothing short of astounding.

The Southeast athletic department conducted its 13th annual Cindy Gannon Walk For Women event Saturday and the Redhawk community showed that it is difficult to conquer on the field of competition, and it wasn’t going to succumb to a pandemic either.

Southeast raised over $34,000, which will go toward athletic scholarships for women, through a virtual walk, due to the coronavirus situation preventing the typical gathering.

"Thank you to everyone who supported this event again this year,” Barke said in a release. “We are very thankful for your help in providing our student-athletes opportunities to compete.”

If the donors were curious as to whether they are getting their money’s worth, they need not be.

The Ohio Valley Conference rewards the most successful athletic department each year with the coveted Commissioner’s Cup. The honor was not given this season due to the cancellation of spring sports, however, the Redhawks – in large part due to the success of its women’s programs – were in first place in mid-March when the competition ceased.

"When we were developing the strategic plan (two years ago), we wanted to talk about doing things we've never done before," Barke said last month in a release regarding the Commissioner’s Cup. “We wanted to create a vision and goals that, if achieved, would result in us being the premier athletics department in the OVC."

In many regards, Southeast has.

A glance at what the women’s programs have achieved in the past 12 months sheds light on why people have been willing to donate over $500,000 over the past 13 years to the Walk For Women event.

In basketball, the Redhawks are coming off the most successful season (25 wins) in the program’s NCAA Division I history and an OVC Tournament title.

In softball, the Redhawks won 46 games (17 in league play) and both the OVC regular-season and tournament championships.

In volleyball, Southeast won 23 games, which was the most since Gannon led the program to a phenomenal season, and the Redhawks advanced to the NCAA Tournament (as did the basketball and softball programs) by winning the OVC Tournament.

In cross country, Southeast finished fourth in the conference last fall and had its highest placing runner in six years.

In gymnastics, the Redhawks had their most successful season in six years by winning 10 matches in a shortened season due to the virus.

And in tennis, the Redhawks won 12 matches and earned the highest honor academically for a women’s tennis squad in the league.

That last recognition shouldn’t have been a surprise to anyone.

Redhawk athletes were recognized last summer for having the most (37) Medal of Honor (given annually to the student-athletes who achieve the highest grade point average in a conference-sponsored sport) recipients.

The women’s tennis, track, and cross country squads were each recognized as teams for having the best grades in the OVC.

So not only are these funds raised fueling success on the fields, courts, diamonds, and tracks today, but the ramifications of helping these athletes will be paying dividends for decades to come in their professional lives.

The Southeast programs are filled with diligent, driven, and very intelligent student-athletes.

Although we weren't together today,” Barke said of the virtual gathering, “we were still united for this great cause."

Donations are still being accepted at: https://walkforwomen.semo.edu/