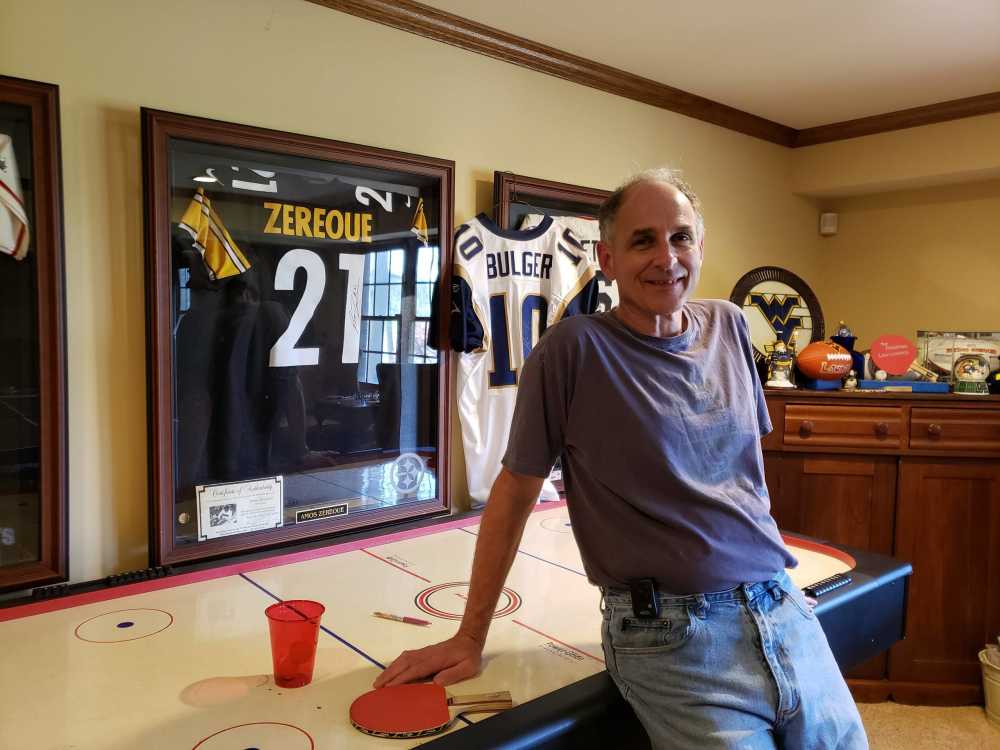 This week: David A. Law, M.D., cardiologist, SoutheastHEALTH. Law was born, reared, educated and practiced medicine in West Virginia before moving to Cape Girardeau County in September 2001, beginning his work at Southeast the week of 9/11. He is a 1985 graduate of West Virginia University and graduated from WVU’s medical school in 1989. Law grew up in Follansbee, the same town in the state’s northern panhandle where legendary Notre Dame football coach Lou Holtz was born.

For the purposes of this article, forget that, please.

Law, 57, has always bled blue and gold, the colors of his beloved WVU Mountaineers.

“(West Virginia) has no major cities or industries, a total population smaller than the St. Louis metro (1.7 million) and almost no homegrown athletes,” said Law.

“Yet WVU is one of the top 20 all-time winningest programs in football and basketball,” he added.

Lots of wins and losses in the revenue sports have not yet translated into national titles for the state’s largest land-grant school.

Law’s education at WVU overlapped the long tenure of his favorite coach, former Mountaineers skipper Don Nehlen, whose 1988 and 1993 football squads nearly won it all but fell just short.

“The relationship people back home have with the team is organic,” explained Law. “It has nothing to do with championships.

“People live and die with the Mountaineers. They’re like family,” he added.

Law met his wife, Laura, at WVU. Of the couple’s four children, the two eldest went elsewhere for college while the two youngest of their progeny chose their parents’ alma mater.

West Virginia carries the distinction of being the only U.S. state created due to the Civil War, seceding in 1863 from Confederate Virginia and immediately becoming a Union state. 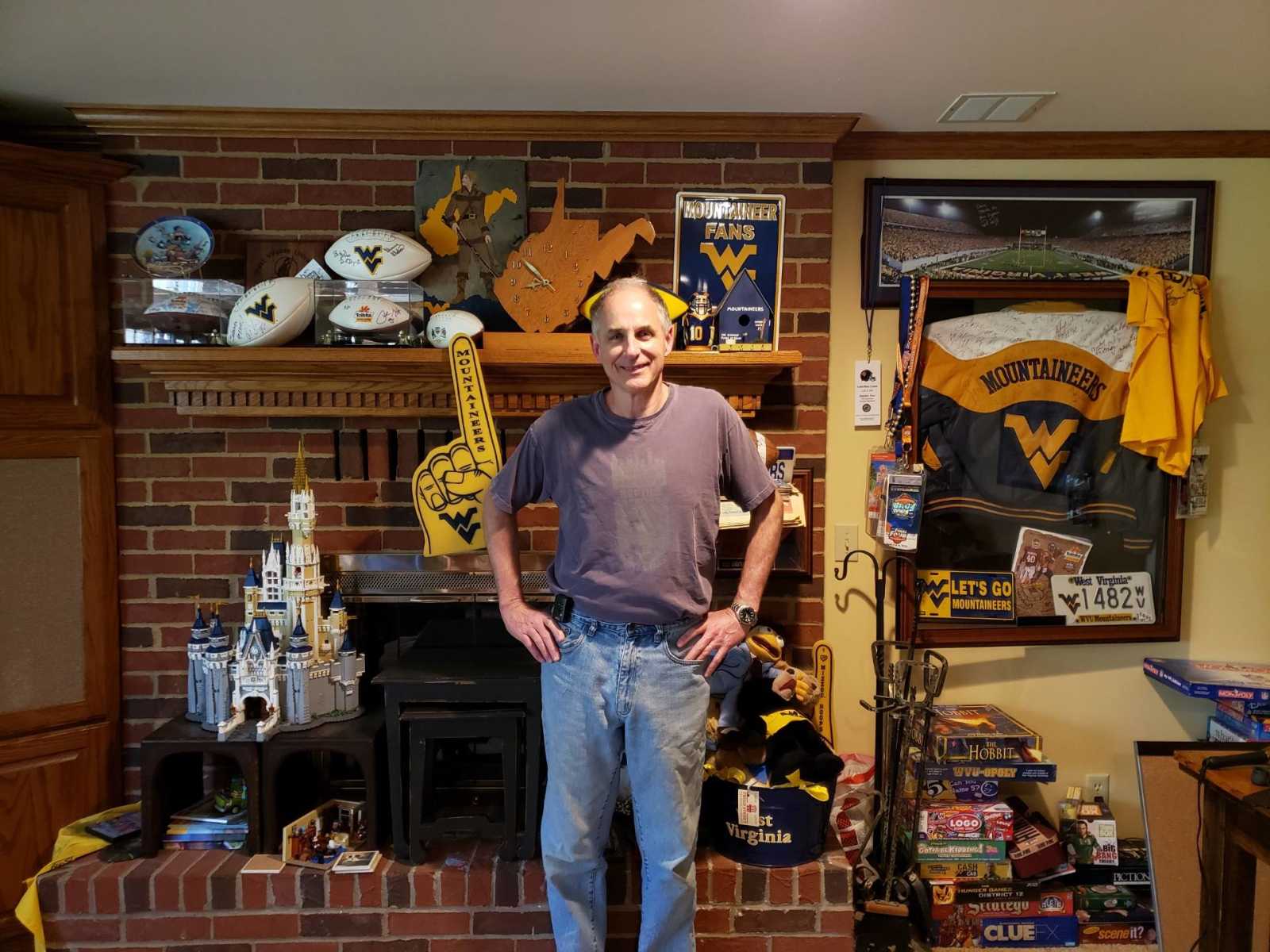 Law is aware of all the negative stereotypes associated with West Virginia and he wears them as badges of honor.

“West Virginia has had a chip on its shoulder because of the way the state is characterized,” said Law, noting frequent references in the media to hillbillies, remote “hollers” and moonshine.

“We’re surrounded by bigger states with more resources,” Law explained, “yet WVU plays for all of us (in the Mountain State), and once you play for the Mountaineers, the people there will do anything for you.

“We’re grateful when world-class athletes come to WVU (because) they have to put everything they’ve heard about us aside,” he added.

“When WVU beat Penn State in football in 1984 after losing 30 in a row to the Nittany Lions,” said Law. “I was a senior and I was there.”

The physician’s worst football memory was much more recent.

“In 2007, we were undefeated and headed to the national championship,” remembered Law. “All we had to do was beat a losing Pitt team at home in the final regular season game.

“Instead, we lost 13-9, missed our shot and shortly after, (WVU head coach) Rich Rodriguez abandoned us to take the (head coaching job) at Michigan,” Law recalled after having attended the contest at Mountaineer Field in Morgantown.

Rodriguez, despite being a WVU alum and having led the “Eers,” as home staters call them, to three 11-win seasons in a row, is now “vilified,” Law says.

“It wasn’t so much that he left us,” said Law. “It was the way he left. (Rich Rod) renegotiated his contract and he wasn’t upfront with us.

“We were jilted,” Law added.

If it all sounds personal to Law, it is. 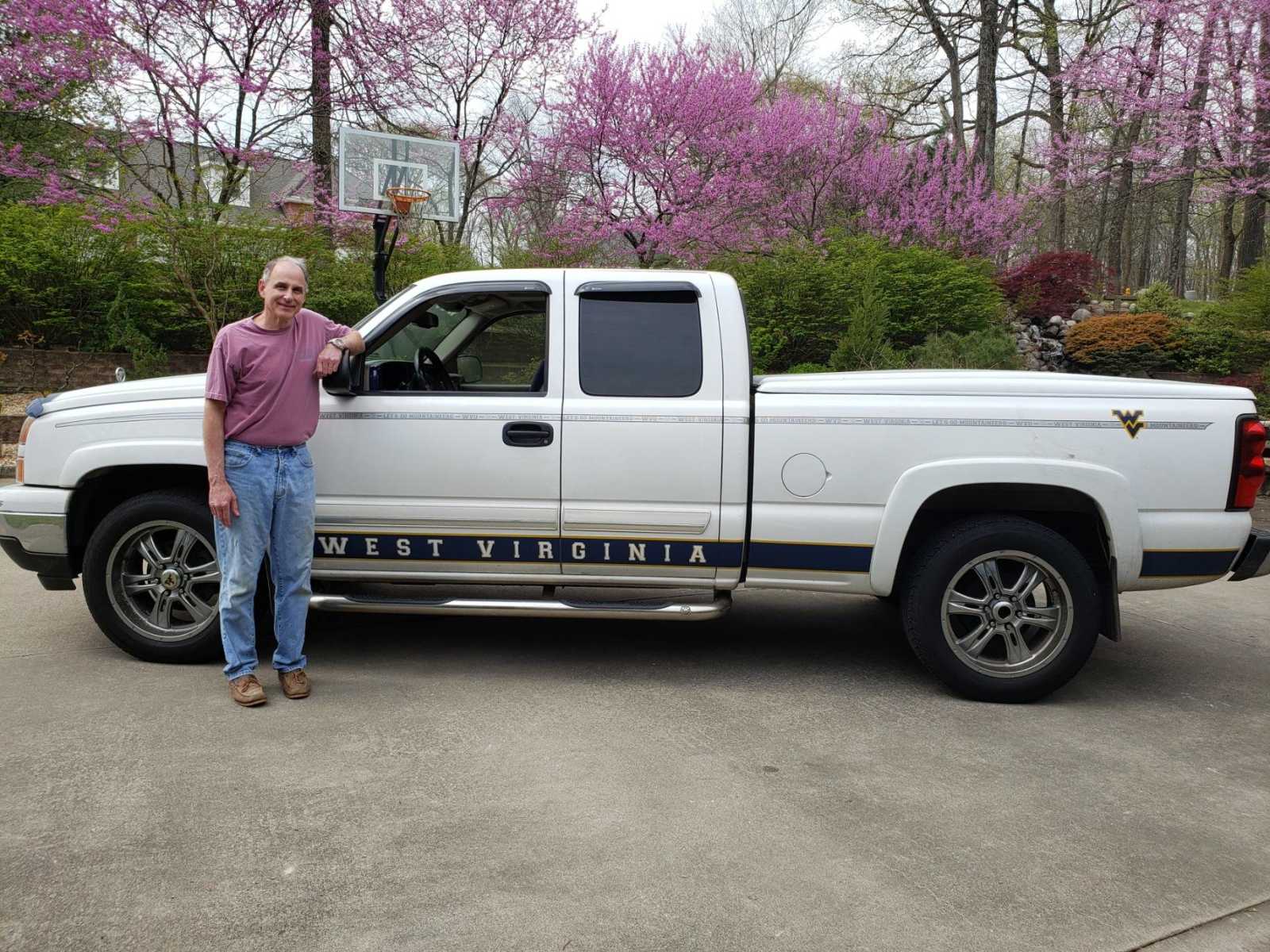 “We have an unconditional love for WVU,” Law said. “Win, lose or draw, people show up and that will never change.

“We have no pro sports, no other big universities. WVU is Lancelot going into battle, playing for the entire state,” he added.

For all of Dr. Law’s great football memories, today he says Mountaineer basketball is his favorite sport to watch, led by head coach and WVU alum Bob Huggins.

Law believes he may never live in his home state again, but he comforts himself with the signature message of longtime WVU broadcaster Tony Caridi.

“Caridi says, ‘It’s a great day to be a Mountaineer, wherever you may be’.”