The transfer epidemic in college basketball is about to get worse 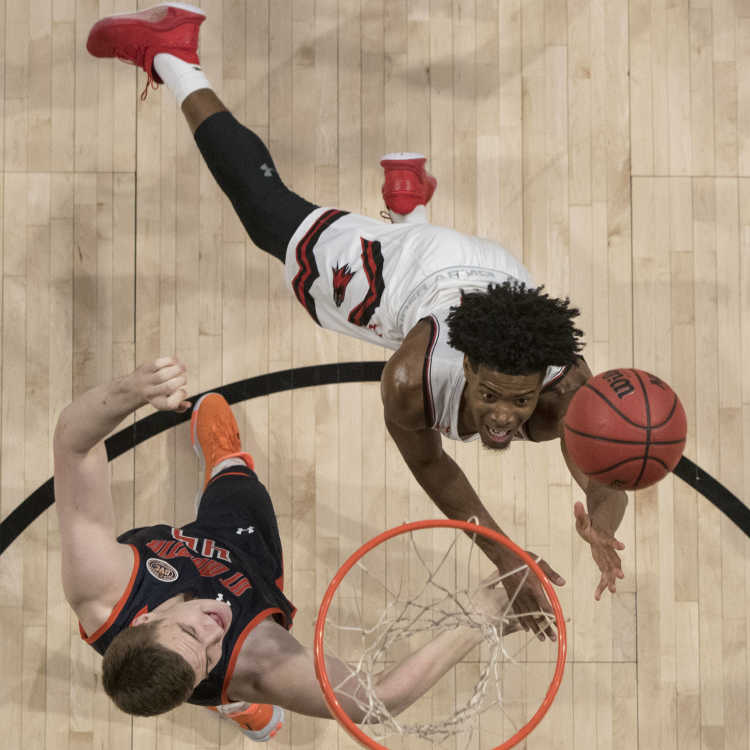 Famed comedian Jerry Seinfeld has an infamous bit centered on why it is so difficult to be a sports fan. With players changing teams so frequently, fans, Seinfeld explained, aren’t truly cheering for athletes, but in actuality are “rooting for laundry (uniforms).”

That dilemma has now trickled into men’s college basketball.

There are several reasons as to why NCAA Division I men’s basketball has lost relevance nationally – outside of a three-week window in March – but none more significant than the indisputable fact that fans have less familiarity with who is actually on their favorite teams. And it is reportedly going to get worse before it gets any better.

The Associated Press is reporting that the NCAA is going to vote to allow a one-time waiver for student-athletes to transfer – without having to sit out a season – effective immediately (the 2020-21 academic year). There had been discussions earlier that the rule would be put in place a year from now.

There were nearly 1,000 Division I men’s basketball players who elected to transfer last spring and the number is nearing 800 this year. And that is WITH having to sit out a year unless the player is a graduate transfer. That previous number will most assuredly get bypassed as soon as the waiver is approved.

“There are players transferring from everywhere,” recently-hired Southeast Missouri State coach Brad Korn said. “It’s more about establishing those relationships with the guys and building that trust on a daily basis. If it is just words and ‘Hey, you can trust me,’ and then you go out and coach them and go home, I don’t think that you will build that long-lasting, genuine trust that you have to have. Especially with today’s players.”

There was national discussion recently on high school athletes turning pro and that being a severe blow to the college game, but that only impacts a handful of programs. The transfer epidemic impacts every program at every level.

The days of affectionately following a player throughout his four to five-year career with your favorite team are in peril.

I have been critical of the Redhawk program and former coach Rick Ray for the propensity of transfers that plagued the program during his five seasons. However, in his defense, Ray did say all along that transferring players is a problematic issue everywhere, and it is.

Southeast lost three players to transfer (Sage Tolbert, Alex Caldwell, and Isaiah Gable) this spring, and given its 3-15 record in the Ohio Valley Conference, perhaps that wasn’t surprising. However, no program is immune to this matter.

Austin Peay finished 14-4 in the OVC this year and had five players with eligibility remaining chose to leave.

Tennessee Tech (6-12 this year) and Jacksonville State (8-10) are each adding seven players to their 2020-21 rosters, which is over half of their 13-player scholarship limit.

“There is so much instant gratification,” Korn said of today’s players. “They hear so many different things and voices with our phones and social (media) and everything else. The coach just talking to you, in front of the team, five minutes before practice, that is not going to cut it.”

Players are transferring from losing programs, mediocre programs, and even good programs. And playing time is no longer an incentive to retain athletes either.

Caldwell led the Redhawks in minutes, shots taken, and points. But it was not enough to keep him from transferring.

Tolbert started all 31 games and played an average of 27 minutes per night, and that was not enough either.

When Gable announced earlier this week that he was transferring to an NCAA Division II program in West Virginia, he became yet another Ray recruit that signed out of high school yet failed to complete his eligibility in Cape Girardeau.

Of the 31 players that signed with Southeast during the 2015, 2016, 2017, 2018, and 2019 recruiting classes, none of the 17 players out of high school have finished their careers with the Redhawks. And the average stay for a Southeast recruit during those years has been a meager 1.54 years.

When redshirt junior-to-be Nygal Russell recently announced that he was returning to Southeast after initially seeking to transfer, he gave hope of being the first high school (or prep academy) recruit to finish his career where he started since former Redhawk Nino Johnson signed with the program in November 2010.

This coming season, Korn could have as many as seven scholarship players on the court that have never represented the Redhawks previously, so fans will need to purchase a game program to learn the latest edition of who they are cheering for.

“There has to be carved out time to personally get to know and develop deep, genuine relationships,” Korn said. “Really, to get them to believe in something bigger than themselves. If we are going to have success here – I should say, WHEN we’re going to have success here – it will be when they buy into our team. That we are playing for SEMO. Then I can come in and get them to where they want to be as an individual.

“Then I won’t have to worry about that part, which is where a lot of problems can come from. If we treat people the right way, and we give them everything they need to be successful, and they feel that is genuine, then you are able to sustain them through some hard times and they won’t be so apt to jump ship when things go wrong.”

Until the program – or any program gets to that point – enjoy the uniforms, they don’t have a say when they’ll be gone.