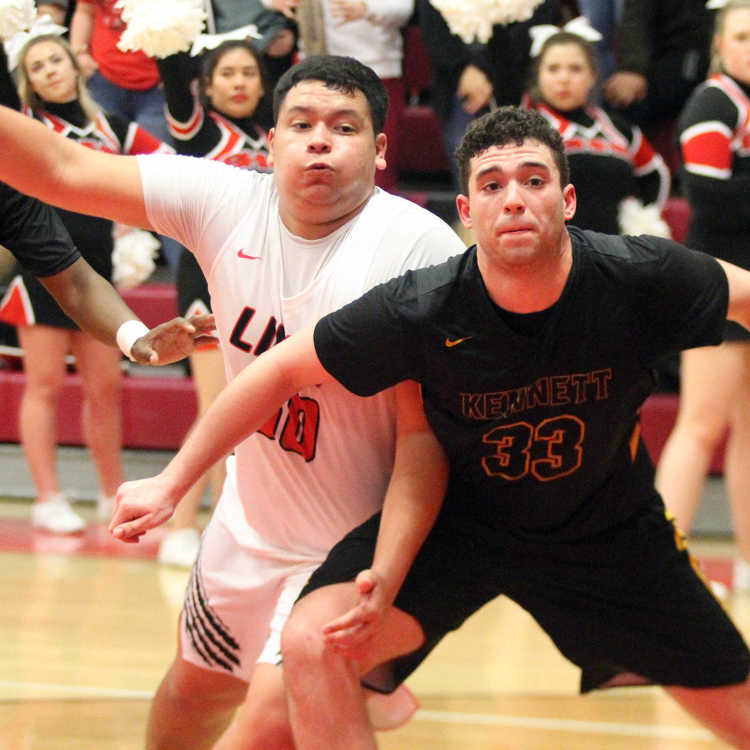 Kennett senior Jackson Henfling wasn’t thinking about breaking the state record for most charges in a high school career when he began his sophomore season.

“It wasn’t really something I was planning on doing when I started high school,” said Henfling, who played three years on varsity. “But after my sophomore year I was already halfway to the record. I knew I was within striking distance and it was a mark I had a good shot at reaching if I continued on the same pace.”

The six-foot-three forward more than kept pace. After collecting 46 charges his sophomore season Henfling recorded 54 charges his junior season and 42 more his senior season to finish his high school career with 142 charges. The 142 total is 56 more than the previous career record holder - 2010 Bernie graduate and current Gideon boys basketball coach Jordan McGowan - who now sits at second place in the record books with 86 career charges.

“It’s always nice to be in a record book,” Henfling said. “It’s something I am now known for and it feels good to have the record.”

Kennett boys basketball coach Andrew Halford knew Henfling was a threat to enter the record books after he recorded nine charges in a game his junior season against Malden.

“I knew when he drew nine in one game he was going to be a force moving forward,” Halford said. “I think that kind of put him on his way to breaking the record.”

Henfling also holds the Missouri state record for most charges taken in a single season. The 54 charges Henfling recorded as a junior was one more than the previous record holder - Curtis Miller - who drew 53 charges his senior year at nearby Gideon in the 2009-2010 season.

Henfling admits breaking the single-season record his junior season made it more difficult to draw charges the rest of his high school career.

Halford said Henfling’s most memorable charge came in the final second of a game Kennett won at Farmington 64-63 on Jan. 3.

“One of the most unique plays I’ve witnessed so far is Jackson drawing a charge at the end of our game against Farmington with four tenths of a second left to seal a victory for us,” he said.

Henfling said his most memorable game was beating Dexter 60-59 on Feb. 14.

“The Farmington game was a big game,” he said. “It came down to the wire. That was probably my hottest shooting night of the season. But the Dexter game was probably my most memorable game. We were down 14 in the fourth quarter and Coach Halford got us going and we came back late. Then Ben McMullan hit a big shot at the end to win it for us.”

Taking charges is not the only thing Henfling excelled at on the basketball court. Henfling averaged 15 points and brought down six rebounds per game his senior season as he was selected first-team all-conference in the SEMO Conference.

“Making the all-conference team is a huge accomplishment for him,” Halford said. “He has improved in every area of the game from a sophomore to a senior.

“That’s a credit to his work ethic, drive and commitment,” Halford added. "He’s always been coachable and a team player. The all-conference selection is an individual award, but above all he’s one of the best I’ve been around about putting the team first and having that drive to win and compete.”

Kennett enjoyed team success during Henfling’s senior campaign also. Kennett compiled its highest win total in a decade as it finished 20-8 and won the Gideon Invitational.

Henfling will turn his attention to the baseball diamond when he begins college. The catcher, who has caught 287 innings behind the plate at the high school level, signed to play baseball at Three Rivers College in Poplar Bluff earlier this school year.

“I got a baseball offer early,” Henfling said. “And it’s the sport I’ve been playing the longest.”

Henfling, who missed his senior baseball season this spring due to the COVID-19 pandemic, has his fingers crossed he will be able to fine-tune his baseball skills this summer before he begins college.

“I’m scheduled to play baseball for Randy and Tyler Smith at Paragould Senior Legion in Arkansas,” he said. “We don’t know if they are going to have a league or not now. They are supposed to reevaluate things June 1. Right now things are up in the air for everybody but hopefully we will get some baseball in this year at some point.”