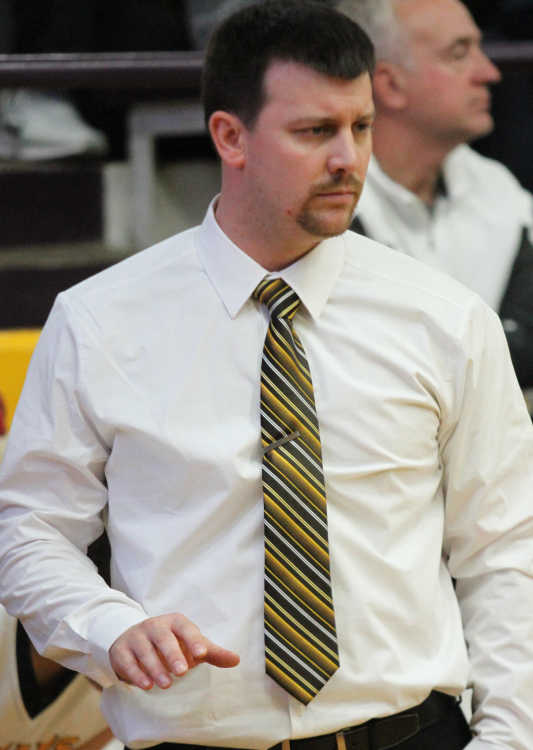 Kennett varsity boys basketball coach Andrew Halford has been around the game of basketball since he was in elementary.

“Basketball was something that was fun to play as a young kid,” Halford said. “As I got older I started putting more time into it and got a chance to be around some really good basketball people.”

Halford, who is a 2006 graduate of nearby Risco, had the opportunity to play for longtime high school coach Brandon Blankenship.

“Coach Blankenship was my coach in high school for all four years,” Halford said. “I couldn’t ask for a better leader or a better person. He wanted us to do well as students, be outstanding people, and taught us the game of basketball. He gave me a good road map of what is really takes once you become a coach.”

Halford had the opportunity to learn more after high school as he played college basketball for four years under head coach Jason Durst at Hannibal-LaGrange University in Hannibal, Missouri.

“A lot of high school guys don’t get the chance to continue on,” Halford said. “But I got to go to Hannibal and play college where I was fortunate enough to be around great coaches and great people. I’ve tried to learn everything I can from everyone along the way.”

“I’ve always tried to teach kids to not only be good athletes, but also how to be good people,” Halford said. “It’s fun to win but it’s important to do it the right way. Some of these kids won’t play basketball after high school so it’s important that we give them tools they can use to go to work, college, or whatever they want to do.”

“It’s difficult for me to even talk about winning this award because it really has very little to do with me and a whole lot to do with the kids that I have coached,” Halford said. “I had some great kids at Malden that worked really hard. I’ve had the same thing since I arrived at Kennett. I’ve been fortunate to have kids that want to do things the right way. But it is an honor to be selected Coach of the Year in a great conference like the SEMO Conference that has a bunch of very high-level coaches.”

“We had a lot of ups and downs like every team does early on,” Halford said. “We came out on fire and won the Gideon Tournament. Then we beat a final four team in Notre Dame in a quarterfinal of the SEMO Conference Tournament but then slipped up big time in our games after that against Cape Central and Charleston in the tournament.”

“If you can finish .500 or better in the conference that means you are competing and beating some good teams and should be in a position to compete in your district,” Halford said. “However, there was some good and bad to that .500 mark. We wanted to compete at a high level and were able to get two wins against Class 5 schools - Poplar Bluff and Jackson and also beat two Class 4 schools - Sikeston and Dexter - in conference play.

“But the games we really needed against our district opponents - New Madrid and Charleston - were the games we slipped up and lost,” Halford added. “That’s kind of a downfall to our .500 record but we beat four Class 4 teams and two Class 5 teams on our schedule overall. We definitely had some really good wins and accomplishments throughout the season.”

Halford hopes there are more really good wins and accomplishments coming for the players he will coach in upcoming seasons.

“I hope as I continue to coach I can continue to pass along what I’ve learned to the kids at Kennett so they will continue to be successful on and off the court,” he said.