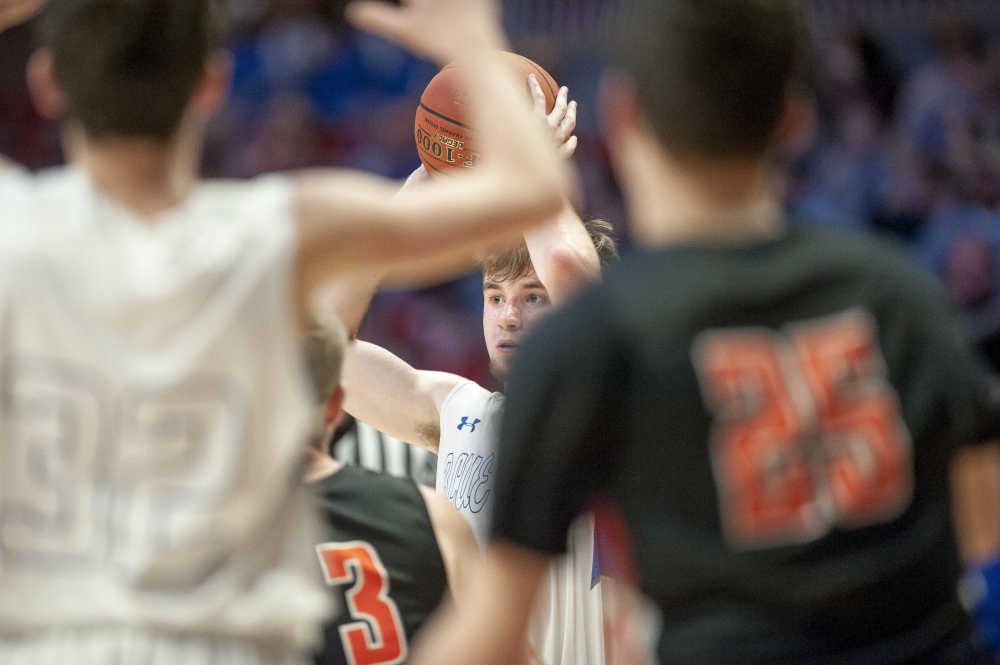 When any basketball fan throughout Southeast Missouri thinks of Oak Ridge High School, the thought of senior guard David Layton comes to mind. However, the truth is, the Bluejays would never have won 53 games over the past three seasons without the effort and talent of senior guard, er, forward, er center, Zach LeGrand.

“I had people say,” Oak Ridge coach Chris Trimmer said, “’I’ve never seen a post player move to point guard.’ Well, he wasn’t really a post player, but that is where we needed to play him.”

What LeGrand was for Oak Ridge was just a really good basketball player – regardless of his spot on the floor – and because of that talent and versatility, among other traits, he is taking his skills to the next level.

“He doesn’t let anything stop him from his goals,” Trimmer said of LeGrand.

LeGrand was part of a highly-successful senior class that centered around the offensive exploits of Layton, but Oak Ridge needed multiple players – in multiple positions – to have great team success.

The 5-foot-11 LeGrand had guard skills (he shot a team-best 45 percent from 3-point range this season), a wing’s athleticism, and a post player’s strength and toughness.

“Here he is, playing the 5,” Trimmer said, “every night he is starting at center and running the inside game. He is leading the team in (3-point shooting), and David with all of his injuries, as soon as he would sit, Zach would go to the point guard.

“I can’t imagine life without him.” 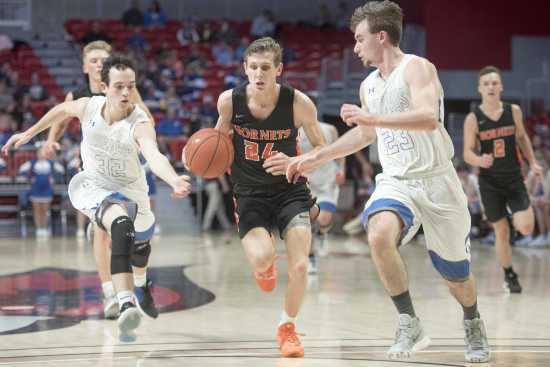 The reason LeGrand ended up playing in the paint was not just because of his ability to do so, but also his willingness to.

At the end of LeGrand’s junior season, he told Trimmer ‘I’m going to work on my post-play all summer long,’” Trimmer recalled. “I said ‘Zach, you’re our 2-guard and back-up point guard.’

LeGrand spent his senior season battling players often a half-foot taller than he was, but he did so because of his toughness.

He not only sacrificed from a position perspective but LeGrand also never said ‘Boo’ about not scoring to his potential.

“He could have been a tremendous scorer,” Trimmer said. “He has natural ability. But we had David.”

Layton led MSHSAA in scoring as a junior, but his knee injuries prevented him from doing that this past season. When Layton had to rest, Trimmer had one helluva ‘Plan B’ to turn to.

“Zach was content to score 17 to 20 points per night,” Trimmer explained, “and facilitate David. The nights that David didn’t play, Zach would drop 40.”

While Layton was dealing with his injuries, LeGrand was doing so, as well.

He endured an on-going problem with blisters on his feet, but Trimmer said he was always available when the Bluejays needed him.

“He was the backbone of the team. He was the kid that everybody knew they could count on 100 percent. David was our best player, overall. He had incredible skill. But Zach had the total respect of everybody. He was the consummate team player.”