Uncertainty is the one constant for SEMO athletics right now 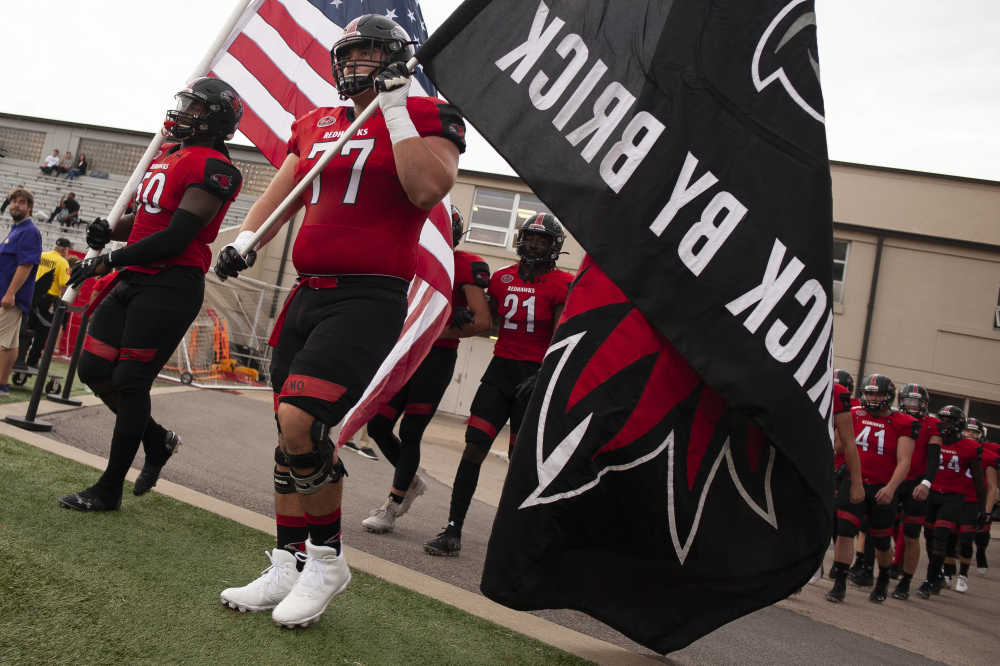 If anyone wants a study in frustration, they could do worse than following Southeast Missouri State athletic director Brady Barke around this spring.

The public perception may be that Barke has a lot of time on his hands due to the cancellation of Redhawk athletics this spring in wake of the coronavirus situation. However, nothing could be further from the truth.

“In a lot of respects,” Barke said, “I feel like things are busier now throughout the day than what they normally are or have been.”

Barke has spent the past month in discussions and planning sessions for a myriad of scenarios that could significantly impact the future of Southeast athletics.

As it stands, the only thing that is certain in Barke’s professional world is the level of uncertainty as it relates to his athletic department and institution.

“There are conversations on a daily basis at the institutional level about where we move forward from here,” Barke explained. “There is a lot going on and it changes. It is so fluid. It has certainly been a challenge for us.”

From an academic standpoint, Southeast will be conducting classes online for any that are scheduled to take place through June 30, but after that, it is unknown - at this point - whether the Redhawk student-athletes will be on campus or not.

Well, Barke is responsible for overseeing the cost for those students and he has no idea – at this point – whether he will have to cover it or not.

In addition to that cost uncertainty, Barke has had to figure out how to absorb a “$350,000 to $400,000” shortfall due to the 2020 NCAA Division I Men’s Basketball Tournament being canceled, thus, negating a budgeted revenue stream that was expected to be put to very good use before June 30 of THIS year.

“We realized some savings from the spring (sports) seasons being canceled,” Barke said. “But (the shortfall) certainly would also impact our summer school operations if our teams have an opportunity to participate in summer workouts.”

Barke also spends a great deal of time thinking and planning for the 2020 football season – whatever that means.

The number of ideas being floated throughout the college football world and how to conduct the 2020 season are dizzying.

“All of those different scenarios you have to at least pay some attention to, but you don’t have enough certainty to move in one direction.”

Barke and recently-hired men’s basketball coach Brad Korn have had discussions (but nothing definitive) about playing an additional “guarantee game” next season (if there is a season). However, those talks have centered on utilizing that revenue as an investment strategy, as opposed to covering possible shortfalls.

“Not specifically, as it relates to helping out with (current budget issues),” Barke said. “It is something that coach Korn and I have talked about. The possibility of maybe playing an extra game to possibly give us some dollars that could be invested that otherwise, we weren’t able to.”

Barke was quick to note, however, that plan would not be implemented at the expense of the Redhawk student-athletes.

“We’d really try not to have our student-athletes bear the burden of (the budgetary issues),” Barke said.

Another issue that Barke and his spring coaches must figure out is how to handle the NCAA recently approving the return of the 2020 senior class for another year of eligibility. That is a great decision from a competitive perspective, but those scholarship costs are real, and someone must cover them.

“We’re having conversations with each of our coaches relative to their senior student-athletes,” Barke said. “Some of those student-athletes have made plans to move on to the next chapter of their lives. Some of them likely won’t return, but for those that would like to (return), we certainly want to try and provide that opportunity for them.

“We are working through what the scholarship budgets look like, what the additional costs may be, and really trying to work through those (situations) case by case.”