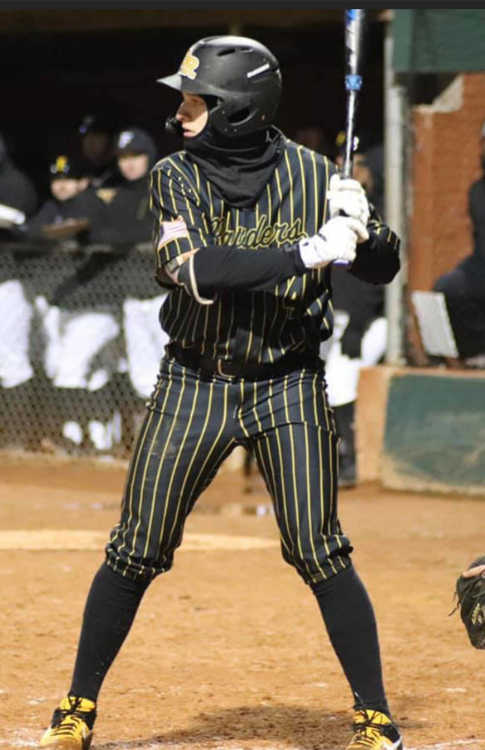 PROVIDED PHOTO
Kennett graduate Zane Wallace takes an at-bat for Three Rivers College in Poplar Bluff in the spring of 2019.

“Our very last game in the fall we played Itawamba College and East Mississippi Community College at Delta State’s home field,” said Wallace, who is a 2018 Kennett graduate. “I played very well that day and the Delta State University coaches approached me after the game. Then I went down for a visit over Christmas break and they offered me a scholarship.”

Wallace decided he would attend the four-year Division II school once he completed a two-year stint at Three Rivers College this spring.

“Delta State is typically ranked in the Top 10 in the country every year and they have won their conference the last three years,” Wallace said. “They’ve also had the Division II Player of the Year two of the last four years. It just seems like a great baseball atmosphere to be a part of down there.”

Shortly after deciding to attend Delta State University Wallace’s preparation for his sophomore season at Three Rivers was put on hold in a big way.

“After I visited Delta State I found out I had a health condition,” Wallace said. “I was diagnosed with a brain tumor and didn’t swing a bat for 1 1/2 months.”

Wallace visited two medical facilities for examinations to learn more about the condition.

“I visited Barnes-Jewish Hospital in St. Louis and got a MRI,” he said. “Then we went to Minnesota to the Mayo Clinic. They told me eventually they will probably have to remove the tumor but as of now it’s just a little bit bigger than a golf ball and for now I’m good to go and can still participate in normal activities since it hasn’t bothered me at all. It was a big blessing to hear that and we really praised God for that one.”

Following the diagnosis, Wallace returned to the baseball diamond and got about 60 plate appearances for Three Rivers College before baseball activities were halted due to the COVID-19 pandemic.

“I started off really slow but right before the spring ended we played State Fair and I had a solid series against them,” he said. “I felt like I was starting to figure things out at the plate after we faced them but then the season ended.”

Wallace says he remains symptom-free since learning of the brain tumor and has received great support from his teammates and coaches at Three Rivers College.

“I have no symptoms whatsoever,” he said. “I just have to get an MRI every three months.

“Everybody has been very respectful and supportive,” he continued. “Anything I’ve needed they’ve been there for me. Those guys are all like my brothers and I’ll miss every single one of them, especially Coach Smith and Coach Burke because they had my back all the way.”

Wallace has returned to Kennett since college spring sports were cancelled. He said he participates in individual baseball training activities at Ultimate Sports in Kennett each week.

“I’ve been going to Ultimate Sports three or four times a week and hitting off a tee indoors,” he said. “But I have to do it alone.”

Wallace is training indoors in an effort to prepare to play Prospect League Baseball for the Cape Catfish this summer.

“I’m looking forward to continuing with the Catfish this summer,” he said. “I got an email a couple weeks ago from the commissioner stating they are still planning on starting May 28. We are hoping to have a lot of fans this summer since nobody had the opportunity to watch spring baseball.”

Wallace was the starting second baseman on the inaugural Cape Catfish squad that finished a league-best 43-17 in the regular season in 2019. Wallace said the goal is to win it all in 2020 after dropping a three-game 2019 World Series championship to Chillicothe 2-1.

“We’ve got quite a few guys coming back,” Wallace said. “I think everyone has the mindset we want to win it all this year. That’s the goal for sure. One hundred percent. Everybody wants to win.”