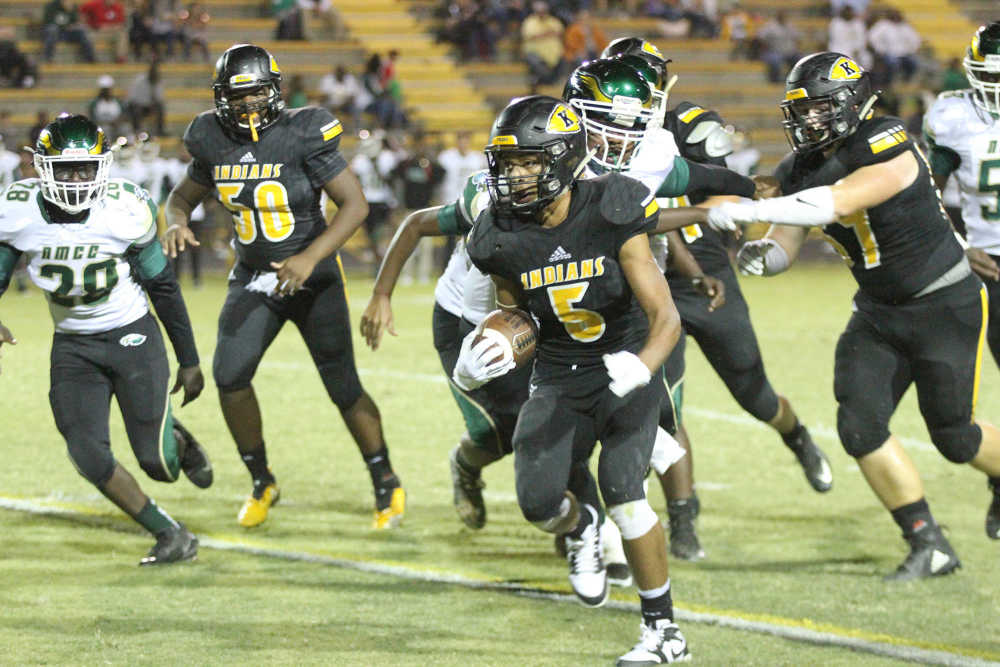 The Kennett football team’s path to a second straight undefeated regular season will have a much different look next fall.

Kennett has added three new opponents and dropped three others from its 2020 varsity football schedule. Kennett has picked up Poplar Bluff, Doniphan, and East Prairie and dropped North County, Fredericktown, and Gosnell, Arkansas.

Many of the changes were necessary due to conference realignment.

“We will remain with the same teams we’ve been playing with in the South,” Kennett football coach Joel Wyatt said. “We are just having Doniphan and East Prairie join us. I’m glad we are going to have five conference opponents. I’ve always thought it was silly to be in a conference with just three other teams. I’m glad they are changing that.”

“We’ll get to go to Malden in Week 1,” Wyatt said. “They always have their Extravaganza in Week 1 so we will have the opportunity to play in front of a large crowd. It’s also a good inner-county rival so that’s a great game for us to open up with.”

“That hurts us a little bit with scheduling,” Wyatt said. “But on the flip side of that we’ve rearranged things and still found a way to make our schedule a pretty competitive schedule for a Class 3 team.”

Kennett, which finished 13-1 and advanced to the Class 3 state semifinals last season, has one Class 5 school, one Class 4 school, three Class 3 schools, and four Class 2 schools on its regular season schedule if its opponents remain in the same class they competed in last season. Class and district assignments for 2020 will be released in August.

Kennett plays the two largest schools on its schedule - Class 5 Poplar Bluff and Class 4 Sikeston - the final two weeks of the regular season.

“It’s kind of a good thing, bad thing,” Wyatt said of the strong ending to the schedule. “The good thing is it will prepare us for the district. The bad thing is when you start playing schools of that size more times than not you are going to be facing some kids that are going to outsize you upfront. Depth can also become an issue against larger schools. You are also taking a risk of getting a little bit beat up. The risk of injury is also a little higher when you play Class 4 and Class 5 schools so that is a little bit of a concern.”

It has been more than a decade since Kennett has scheduled a Class 5 program from Missouri.

“We’ve got a good bunch returning,” Wyatt said. “We will still be a little bit thin upfront. But I think it’s a good time to add Poplar Bluff. Plus we were also facing the dilemma if we didn’t schedule Bluff we were going to have a tough time picking up a team to play so we were kind of in a do-or-die situation.”

Wyatt said school and sports activities being suspended due to the COVID-19 pandemic has already impacted his notorious offseason weightlifting program.

“I think it has already had an impact on our kids,” he said. “We really pride ourselves in outworking people and not taking any days off in the weight room. Monday through Friday we feel like we are getting better and now those kids don’t have access to weights. We are sending workouts out to them but in all honesty most of them are probably not doing everything you are asking at home. Some of the kids made some really good gains in the weight room from our group that didn’t play basketball or wrestle. Now I’m worried about those kids losing all of the gains they made.”

It remains unclear if high school squads will be able to participate in summer football activities in June or July. Wyatt, like most, is hopeful things return to normal by June 1.

“Things are up in the air right now,” he said. “If we can get rolling June 1 things will be the same as they’ve always been in the summer. If it’s not June 1 that’s going to really create some issues. Lets just say they go with July 1 instead. Then you’ve got one month, and at a school like Kennett where a lot of kids play two or three sports, those kids are going to be pulled every which way in July. That would make things really tough.”