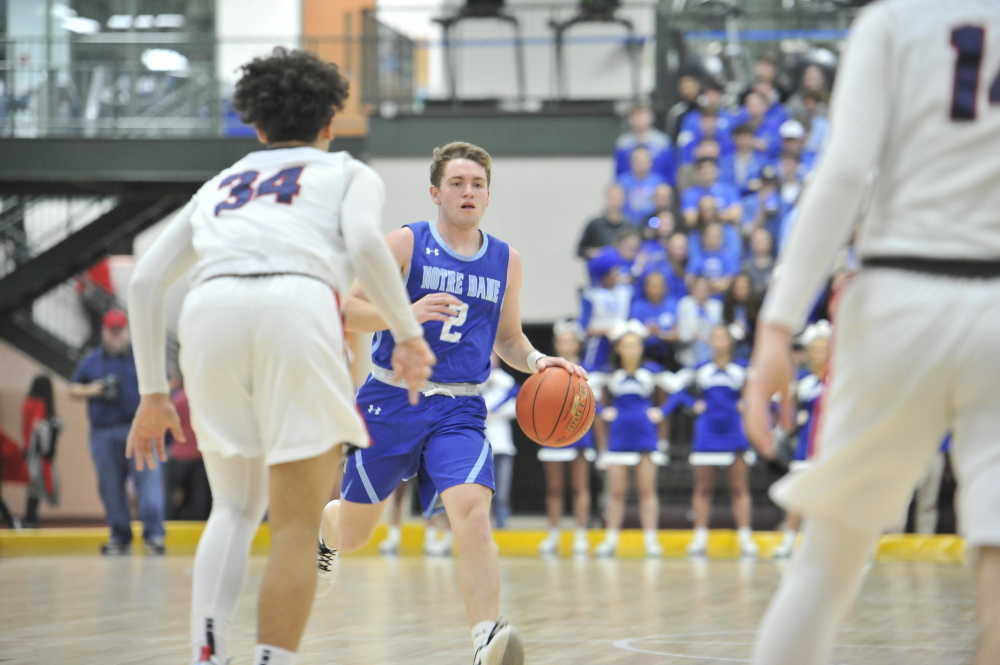 Tyler Landewee doesn’t have the most height on Notre Dame’s boys basketball team, but according to his coach, no one stands taller.

Landewee, a 5-foot-9 senior point guard for the Bulldogs, leads the 2020 All-Southeast Missourian Boys Basketball Team as the player of the year.

“Especially at the end of the season, especially the last month, (Tyler) was something special,” said Bulldogs head coach Paul Unterreiner.

Notre Dame’s boys roundballers, like the female Bulldogs, had both punched their respective tickets to the Class 4 Final Four in Springfield, Missouri.

The Missouri State High School Activities Association (MSHSAA), citing the COVID pandemic, called the whole thing off before anybody could set foot in JQH Arena.

“I couldn’t speak when we got the news (from MSHSAA),” said Landewee, 18. “I saw the tears in Coach (Unterreiner’s) eyes, and my heart dropped.”

“(Tyler) was a double-edged sword (for us),” said Unterreiner. “He was adept at getting to the hole and also shooting 3s.”

Landewee shot 43.5 percent from beyond the arc. 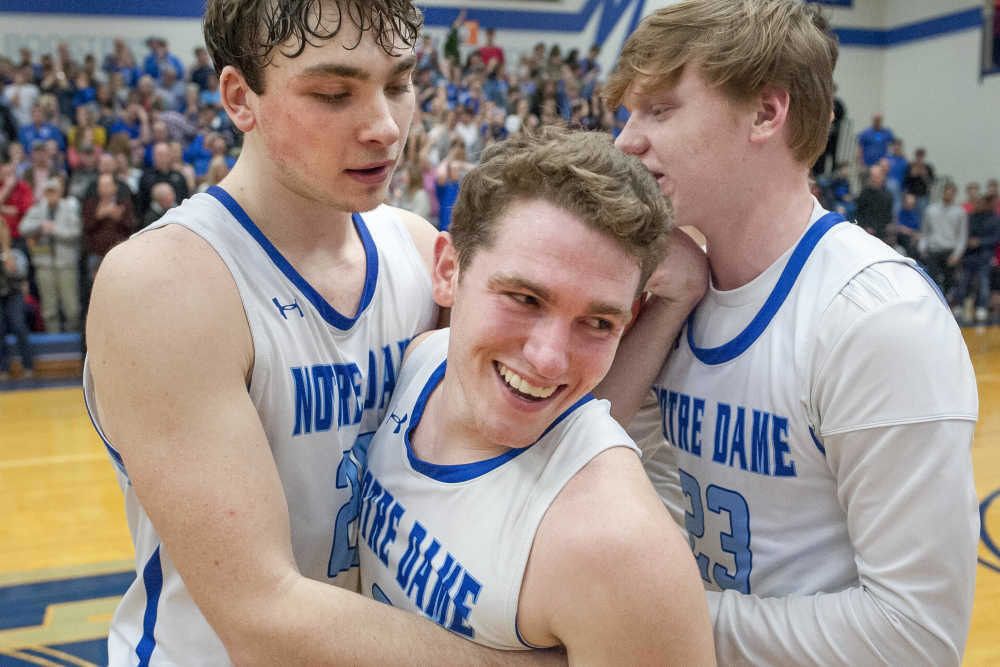 “Tyler was our coach on the floor,” said Unterreiner, whose 2019-20 squad finished 26-4. “When he brought the ball down the floor, he had the freedom to make whatever call he saw fit.

“(Tyler) is as competitive a kid as I’ve ever coached,” added Unterreiner, who has completed his sixth season as Bulldogs skipper while also serving as dean of student activities and campus minister at Notre Dame Regional High.

Landewee will be on a basketball scholarship at two-year Southwestern Illinois College in Belleville. He hopes to play his final two seasons of expected eligibility at Southeast Missouri State.

Landewee’s vocational goal is to become an industrial electrician.

Other members of the All-Southeast Missourian Team:

The 5-foot-11 scoring point guard led the Bobcats to their first Class 1 District championship in 22 seasons, as they won 25 of 31 games.

His eight assist per game average led the state.

The senior point guard led the Tigers to a 22-6 mark this past season and a runner-up finish in the Class 4, District 1 tournament.

Reddin was a four-year starter and guided Cape Central to 89 wins in his four seasons, which was the most by any Tiger player ever.

The senior scoring guard led the Bluejays to an 18-10 mark and a runner-up finish in the Class 1, District 1 tournament.

Layton battled through injuries in his final season and finished as the top scorer in Oak Ridge history with over 2,300 points.

The athletic junior led the Indians to the Class 5, District 1 championship.

Wasilewski finished the year as Jackson’s leading scorer (11.4 points per game), rebounder (184 rebounds) and tied for the team lead in assists (55).

The 6-foot-5 post player was a force at both ends for the 24-win Bulldogs.

LeGrand was both All-Conference and All-District after averaging 11 points per game and pulled down a team-leading 208 rebounds.

He was a defensive wall throughout this season, as he blocked an astounding 94 shots.

The 6-foot-4 senior forward earned All-Conference and All-District honors after helping the Bulldogs earn a berth in the MSHSAA Class 4 Final Four.

Thoma will play at Three Rivers College next season after averaging 12.2 points per game.

He averaged 20 points per game and pulled down six boards, while connecting on 49 percent of his shots.

The Rams finished with a 20-9 record.

Brickhaus averaged 16 points per game and connected on 42 percent of his 3-pointers.

The athletic wing helped the Tigers win 22 of 28 games and advance to the Class 4, District 1 championship game.

Comments
View 9 comments
Note: The nature of the Internet makes it impractical for our staff to review every comment. Please note that those who post comments on this website may do so using a screen name, which may or may not reflect a website user's actual name. Readers should be careful not to assign comments to real people who may have names similar to screen names. Refrain from obscenity in your comments, and to keep discussions civil, don't say anything in a way your grandmother would be ashamed to read.
Respond to this story