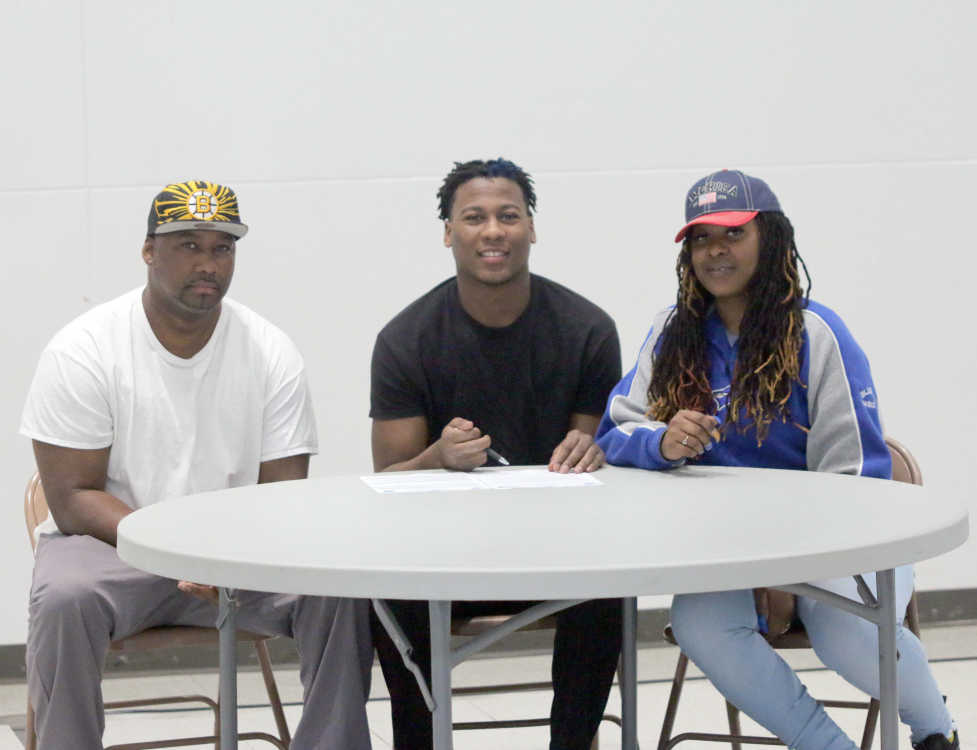 Kimble is a two-time Class 3 All-State selection, earning the honor in back-to-back seasons.

He averaged 14.7 points per game and 8.7 rebounds, shot 57 percent from the floor and finished with 11 double-doubles for the Bluejays this year.

Heading into college, what he liked most about Kirkwood was how straightforward the coaching staff was with him, along with how he feels he fits within the offense.

“They didn’t rush me to sign; I just felt comfortable with the school,” Kimble said. “They know I’m a good player, but they also want to make me a better man. It’s a big school, there are 14,000 people on campus, and it’s a good town.

“They said the people support a lot, and it was a good fit for me.”

Upholding the tradition of winning at Kirkwood, head coach Tim Sandquist said that one thing he looks at when he recruits is the success of the program that the player is on.

“There’s a certain standard that we have to uphold here,” Sandquist said. “To do that, we recruit players from winning programs. It’s not an easy thing to learn, and we like to recruit guys that already know how to do that. Blessin coming in from such a great program already knows that. We like guys who know what it takes, and I think Blessin knows what it takes to win.”

Another thing that interested Sandquist to Kimble was the physicality and athleticism as well.

A traditional back-to-the-basket player, Kimble can beat you on the low-post with his strength, and also in the open court, where he can throw down mesmerizing slam dunks.

“We found some more tape, and we liked what we saw,” Sandquist said. “We made some calls from around the area and talked to a lot of different people about him. Everybody couldn’t stop saying what type of good kid he was. We then got in contact with Blessin, and it was just a fit. He liked what we had to offer, and we thought we got a steal out of the whole thing. We think he’s going to be a really special player for us.”