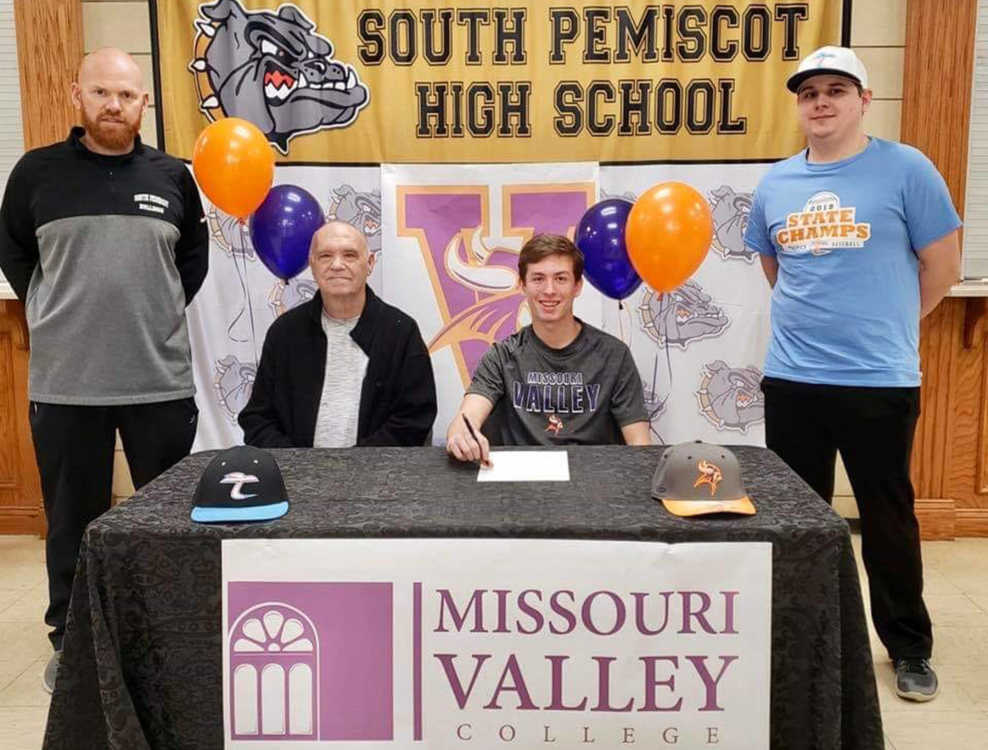 “I got to interact with some of their other players on campus,” Willingham said. “They did a great job welcoming me and made me feel like that’s where I needed to be.”

Willingham made the decision to sign to play baseball at Missouri Valley College less than a month later in November.

“He’s a great kid,” South Pemiscot coach Jason House said. “He does everything you ask of him. He’s been our No. 1 pitcher in the past and you hate to see him graduate. He’s represented our program well and we wish him the best at Missouri Valley. I think he will be a huge asset to their program.”

“I can play anywhere,” he said. “But I think I’m going to primarily pitch and possibly play some outfield at Missouri Valley.”

The right-handed hurler says he has three pitches in his arsenal.

“I like to stay in control and set the pace of the game,” Willingham said. “I throw a fastball, curveball, and changeup.”

He said his most memorable season at South Pemiscot was his freshman campaign when his squad won its conference and district tournaments.

“My freshman year we had seven or eight seniors and a few juniors,” Willingham said. “I didn’t get to start every game as a freshman but I got some starts at right field or second base. At the end of the year we ended up winning the conference and the district and I got to play in both of those championship games. It was nice to be part of winning those as a freshman.”

South Pemiscot looked poised to make another playoff run this spring before its season was cancelled due the COVID-19 pandemic. South Pemiscot went 16-3 in the fall and won the Fall Baseball Classic.

“I wish the best for him,” House said. “I hate it we weren’t able to play this spring and I know he hates it as well just like everyone else in the country.”

South Pemiscot was ranked No. 10 in Class 2 in the preseason state rankings.

“We were hoping we would get to play because we had a really good feeling about this spring,” Willingham said.

Willingham hopes to return to a baseball diamond soon. He is slated to play summer baseball for the defending Senior Babe Ruth state champion Southeast Tropics.

“I really miss baseball,” Willingham said. “I’ve tried to stay active and workout at home. I’m taking dual credit college classes at night but during the day I’ve tried to workout so I’ll be ready if we get to play this summer.”

Missouri Valley College is a four-year NAIA school that competes in the Heart of America Conference. Its head baseball coach is Adam Enright.

Willingham says he hopes to pursue a career in the healthcare industry following college.

“I’d like to thank my mom and my grandmother, Coach House, and my two senior teammates - Ross Russell and Blake Romhilt - for helping me out over the years,” Willingham said.