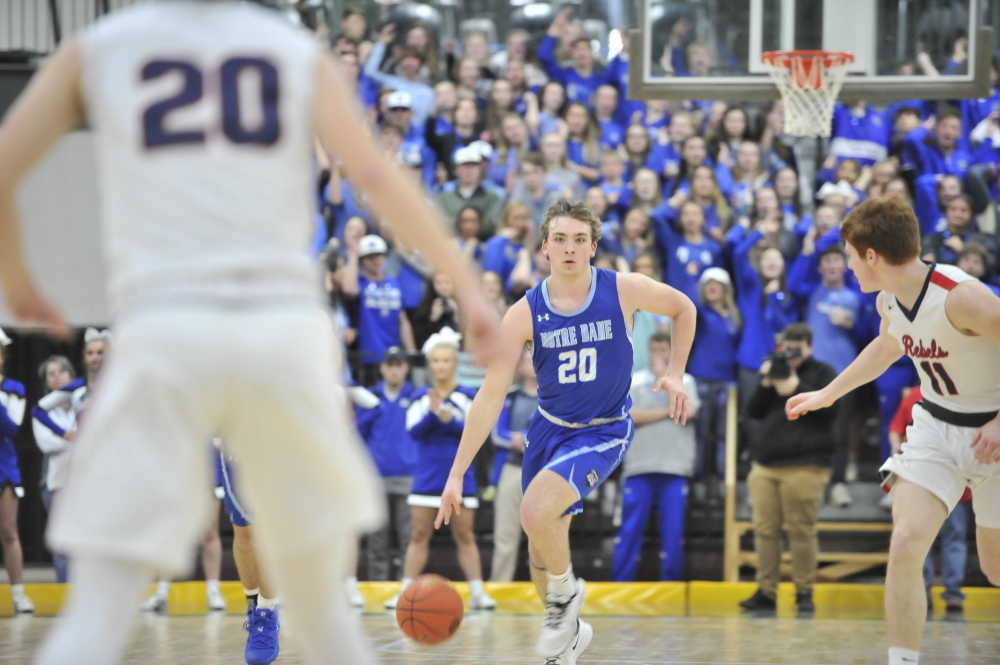 Notre Dame’s Justice Thoma is surrounded by coaches all of the time.

“I think I have one grandma who isn’t a coach, but everyone else coached,” he said. “They’ve helped me a lot.”

The 6-foot, 4-inch senior said they constantly give him things to think about while on the court and he will bring that knowledge to Three Rivers next year after recently committing to play for the Raiders.

“I think he’s got a lot of potential. I think he could be a really good defender as well, because he is athletic,” Three Rivers assistant coach Brian Bess said. “He has a good feel for the game.”

Added Thoma, “It feels really good. I feel very relieved, like a lot of weight is off my shoulders … I feel great that they recruited me. Everyone always talks about Three Rivers and its rich basketball tradition.”

Three Rivers’ head coach Gene Bess won his 1,300th game last year in his 50th season leading the Raiders. He is the only college basketball coach at any level to ever reach 1,300 wins. Three Rivers also won the national championship in 1979 and 1992 and most recently won the Region XVI tournament in 2017.

Thoma was second in scoring for Notre Dame as the Bulldogs reached the MSHSAA Class 4 semifinals before the postseason was abruptly canceled due to the COVID-19 pandemic. Notre Dame (26-4) was about to play Raytown South (25-3) with Vashon and Helias Catholic on the other side of the bracket.

While being recruited, Thoma said Bess described him as a late bloomer who Three Rivers would like to develop into a Division I recruit. Thoma was a two-year starter for Notre Dame and improved his stats across the board after averaging 12 points as a junior.

The Raiders’ sophomore class next season is likely to include several players who can drive to the basket.

“I think (Thoma) is going to be a good complementary with some of the guys who are coming back,” Bess said. “They can penetrate and hit him, he’s really athletic so he’ll be able to run the floor and do a lot of things like that.”

Thoma added that he was able to meet the team during his recruiting visit and he is also close friends with Three Rivers sophomore Austin Parker of Cape Girardeau, and Parker told Thoma about how much he liked the college.