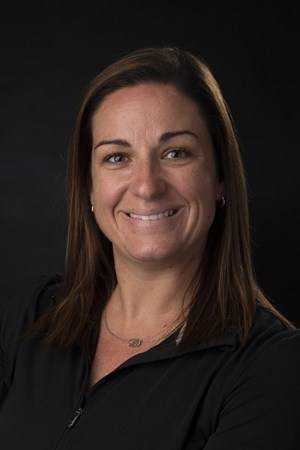 For those fans of Southeast Missouri State men’s basketball that feel new coach Brad Korn has his work cut out for him, they should imagine what it was like for Redhawks gymnastics coach Ashley Lawson, who was hired to rebuild the program at her alma mater just weeks before the start of the 2018-19 school year.

“I kind of had to work with the cards that I was dealt in the beginning,” Lawson said. “We lacked a lot of leadership and the team that I inherited was very broken, both mentally and physically.”

Lawson had an inkling of what she was getting into. As an assistant at Lindenwood, Lawson had competed against Southeast three times in the previous season (each wins by Lindenwood) and she saw first-hand what was troubling the Redhawk program.

“I was able to see the lack of fan support,” Lawson said. “And the brokenness of the team, if you will. They did not have team unity and there was the thought of them not really wanting to be there. That was the image that they portrayed.”

Lawson recently completed the most successful season by the Redhawks in six seasons, as her team won 10 of 17 matches, including a 4-2 mark in Midwest Independent Conference competition. For that success, Lawson was named as 2020 USA Gymnastics Ken Anderson Coach of the Year, as well as the Coach of the Year in the conference.

But the success didn’t happen quickly. As “broken” as the Southeast program was in August 2018 when she took over, it would get worse before it got better.

“I knew that I would have my work cut out for me,” Lawson explained. “But coming into my first year, I was completely overwhelmed.”

The Redhawks struggled through a 2019 season as they dropped all 24 matches. It was tough to deal with, but Lawson was bringing in eight new gymnasts – as well as getting Makenzie Marciniak back from injury – for the 2020 season.

That was the hope for the future, but in the meantime, Lawson was having to lay the foundation of her program from a culture perspective.

“I wanted to rock the boat a little bit,” Lawson said, “but I didn’t want to flip it over.”

From a recruiting standpoint, Lawson had a specific type of athlete that she wanted to infuse into her program. It wasn’t as simple as just trying to accumulate as much talent as possible.

“I knew my job was going to be harder in finding athletes that wanted to come to a program that, at the time, was failing,” Lawson said. “One of my goals was to find, not necessarily the best talent, because there is a ton of talent out there, but to find those athletes that had the drive to want to make a program better.”

“The eight freshmen that we brought in, they knew that. They knew they had a job ahead of them. They knew what they signed up for.”

In early January, the Redhawks earned their first victory in 22 months and later in this past season, Southeast registered a team score of 195.800, which was the second-highest in program history.

The mark was the highest for a USA Gymnastics school (Division I, II and III programs with less than seven-and-a-half full scholarships) in 2020.

“(The freshmen) were committed 100 percent to rebuilding this program,” Lawson said. “They knew that they were a force to be reckoned with and we would be depending on them heavily.

“They rose to the occasion.”

Kaziska was MIC Gymnast of the Year, while another freshman, Jordan Jones, joined both Kaziska and Solorzano-Caruso in earning All-MIC recognition.

“They didn’t have time for any freshman jitters,” Lawson said, “or be nervous. We threw them out to the wolves.”

After all, having lost 24 of 24 matches the previous season, how much worse could relying on youth have been for Lawson’s program.

“I knew when we started talking to them,” Lawson said, “they were a unique group of athletes. They weren’t afraid of the challenge that they were signing up for. That speaks volumes for who they are and their character.

“Those were the people who we wanted to be a part of this program.”