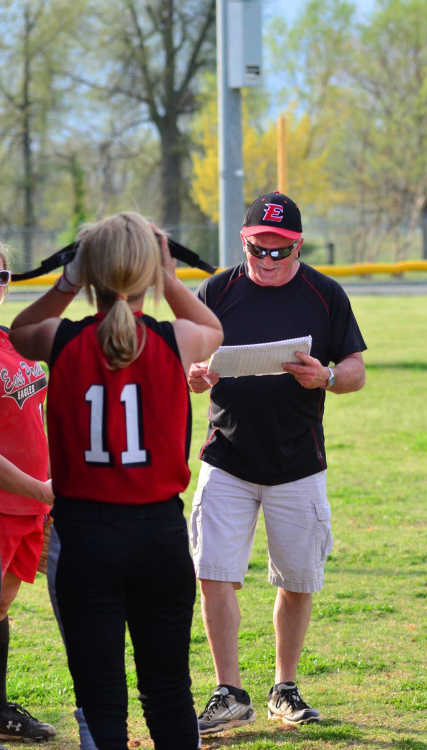 SIKESTON — Emotions ran from shocked to upset to sadness when the news hit the East Prairie and surrounding communities that Steve Stokes had passed away.

“It was crazy because I had seen him a couple of days before, and he was doing well,” Portageville head boys’ basketball coach and East Prairie resident Jason Irby said. “Steve, over the last 10 years or so, kept himself in great shape and had lost a lot of weight, so I had no clue this was coming. To get the call, it was a total shock.”

Living in the area since 1999, Irby said that Stokes meant a lot to him, especially when he and his family first moved.

“When I first came to East Prairie in 1999, I became the head basketball coach, and he was my assistant,” Irby said. “He took us in like family, him and his wife, and just became great friends. Over the years, he’s continued to support me.

“He’s been to a lot of Portageville games and been a mentor to my son and my daughter. He’s done a lot of things with them. We’ve spent a lot of time together as a family. He meant a lot to us.”

A constant within the community, you always knew what you were getting, especially when it came to the athletic department.

“Not that other people wouldn’t help, but was just the guy that did it without ever complaining,” Poley said. “He did it with a smile on his face and did it because he loved it. As far as him as a coach, the kids responded to him. When he coached them, it was just another way that he could connect with them.

“Two weeks before all this happened, he is our most winningest coach for a varsity sport. For spring softball, he had the highest winning percentage of any of our varsity sports. Wins didn’t matter to him; it was just a way to connect with the kids.”

A valued member of the East Prairie community, Stokes was always around.

Poley said that there wouldn’t be one singular person that can replace what he did and what he left on the schools.

“He did so much. He worked with the kids; he saw every single kid from the time they were in kindergarten through sixth grade, as a P.E. coach. He ran the boys’ and girls’ basketball peewee leagues for East Prairie. He did the summer baseball league for the city, coached two sports — one junior high and one high school.

“He was the voice of the Eagles on Friday nights, kept the stat books for basketball. He loved being around the kids and loved helping out in the community. He was always there to help and always did it with a smile on his face.”

The passing left a void within the area.

It also left a time of remembrance.

For East Prairie boys’ basketball and baseball assistant coach Gary Scott, one memory came from when they both played slow-pitch softball. Scott and Stokes knew each other for 32 years.

“We used to call him ‘Crusher’ back when we played slow-pitch softball,” Scott said. “‘Crusher’ was a sarcastic nickname we have him for his lack of power. He was more of a place-hitter. Whenever he would come up to bat, the outfielders would move way in. I remember one time he hit a ball to right field and the fielder tried to throw him out at 1B. Stokes barely beat it out and screamed at the fielder, ‘I don’t think so, buddy!’ I guess he felt disrespected. The entire dugout was laughing at him. It’s a memory I’ll never forget along with so many more.”

Long-time friend Jason Aycock also shared one moment that stood out most to him.

“It had to be in Kansas when we were at the Cal Ripken Regionals,” Aycock said. “The head guy, for some reason, hated us. He came up to Steve and pretty much chewed Steve’s butt out, and Steve just looked at him and said, ‘You know what? You’re going to hate us, even more, when we win this whole thing.’ We were out-matched, but we were scrappy.

“We lost the very first game, but we fought back to the championship game. We hit a home run to win it. When they were giving us all of our trophies, Steve went up to the head guy and said, ‘I’ll see you in the World Series.'”