Super Fans - Jim and Lisa Burns have Georgia on their mind 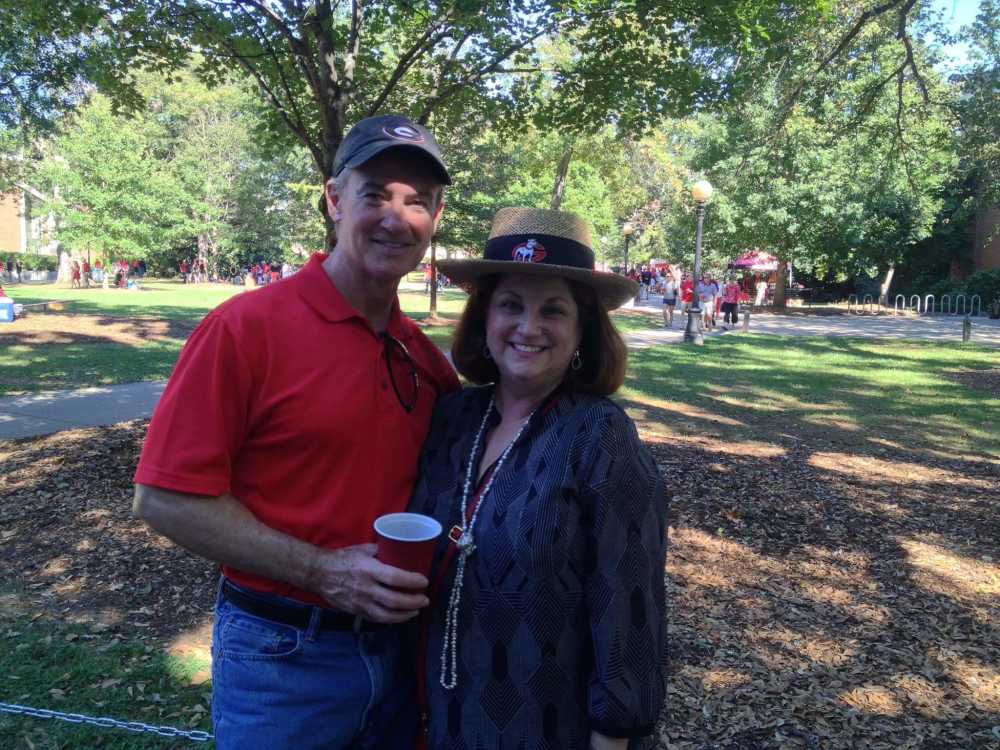 Jim and Lisa Burns, high school sweethearts from the Deep South, have lived in Cape Girardeau for four decades.

Jim retired in December 2018 after 39 years with KFVS-12 television. Lisa, administrative assistant for special services in the Cape Central schools, has been with the district 27 years.

Their adult daughters, Jessica and Michaelyn, born and raised here, now have children of their own.

Much has changed for the couple since coming to Missouri in 1979.

One thing that hasn’t is their complete devotion to their alma mater, the University of Georgia.

Since the arrival of grandchildren, the couple doesn’t get to Athens, Ga., quite as often these days.

Since then, Georgia has won the last six contests over the Tigers.

“We have friends who went to (SEC rivals) Mizzou or Ole Miss,” said Lisa, 63. “They give us grief about the Bulldogs (but) it’s all good-natured ribbing.” 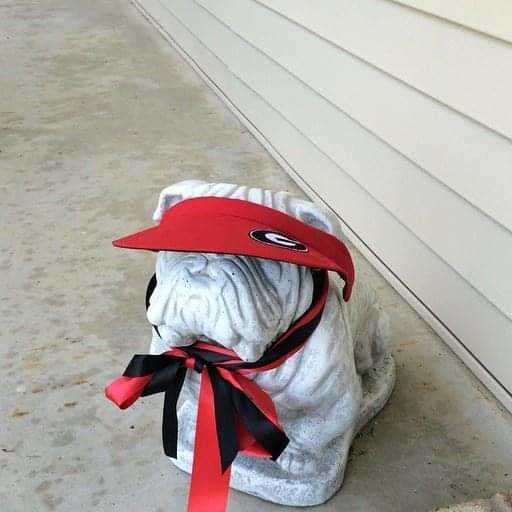 A toy bulldog sits on the front porch of the home of Jim and Lisa Burns in Cape Girardeau. Submitted photo

Lisa was born and reared in the Peach State, but Jim arrived at age 12.

The former longtime co-host of KFVS’ “Breakfast Show” is originally from Florida.

“I have no loyalty to the Gators,” said Jim, referencing the moniker of the University of Florida.

“I want to beat (Florida) so bad every year,” he added.

Jim, 64, says his wife is truly the armchair quarterback in the family.

“Every game, every single game, Lisa says, ‘Why do (the Bulldogs) keep running it up the middle’?” recalled Jim.

“I get up and walk around the living room when things aren’t going well,” admitted Lisa.

The pair met in the 6th grade and started dating as high school juniors.

Lisa’s dad owned an AM radio station and in that environment their romance began to blossom.

“Daddy needed an afternoon D.J. when the format changed to rock at 4 p.m.,” remembered Lisa.

“I told him about Jim and at age 16, he was behind the microphone,” she added.

“Munson was great,” said Lisa. “He could call a game like no other.”

“The game would be on TV,” added Jim, “and we’d mute the sound and turn up Munson’s radio broadcast.

Jim and Lisa admit it was hard to keep up with their favorite team when they first came to southeast Missouri.

“You couldn’t watch the games then like you can now,” said Jim.

Neither begrudged quarterback Matthew Stafford’s decision to skip his senior season at Georgia and be selected the overall No. 1-pick in the 2009 NFL draft.

“I hate to see any player leave early,” said Jim, “but we understood.”

The couple is less forgiving about an increasing trend in the college postseason for players to skip a bowl game, fearing a pre-draft injury.

“They leave their team high and dry when they do that,” chided Lisa.

Their worst moment as Georgia fans is easy to recall.

It was January 8, 2018 national championship game when Georgia lost to Alabama in overtime, 26-23.

“It was my lowest point ever in watching college football,” said Jim.

“The Tide won the game on the very last play.”

Sanford Stadium, home of the Bulldogs, was built in 1929, a year before Southeast Missouri State’s aging Houck Stadium.

“The difference is (Sanford) has undergone constant renovation,” said Jim. “They’ve poured millions into that venue, upgrading it and enlarging it.”

“Yes,” added Lisa, “there is really no comparison with Houck.”

Lisa says it’s not hard to figure out why a team grows on a person.

“You invest so much emotionally the team becomes a part of you,” Lisa said.

“It’s almost as if you’re on the team yourself,” she added.