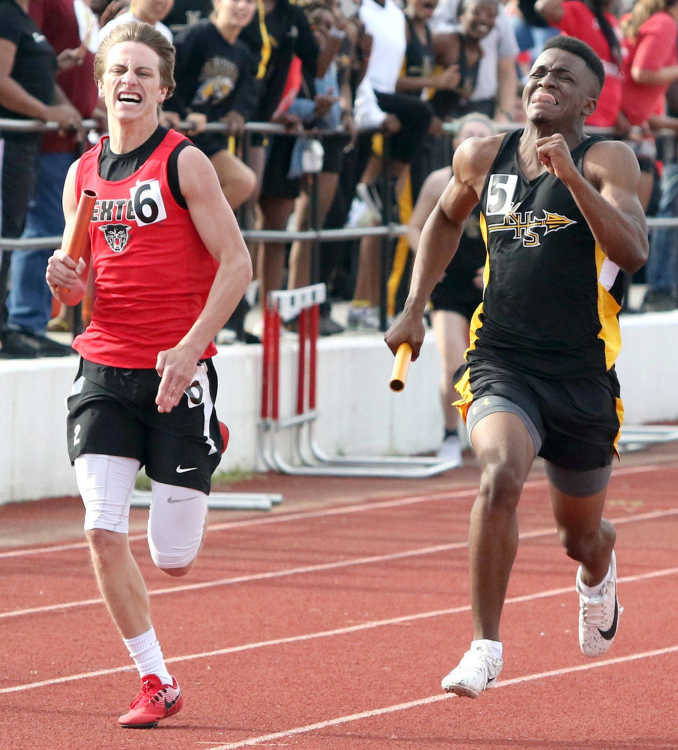 Kennett track coach Andrew Webster was confident the pieces were in place for his high school boys track squad to put together a record-breaking campaign when practice got underway in early March. 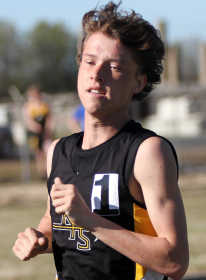 “We were ready to roll,” Webster said. “We have some accomplished track returners in our senior class that had the potential to do big things. We also have some talented underclassmen.” 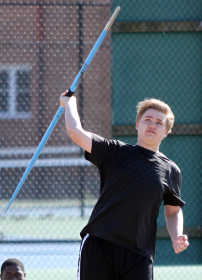 “Jackson is the only team that beat us in the overall conference standings last season,” Webster said.

Kennett returns nine boys that attended the state track meet last season and three that placed in the Top 8 at state.

The three returners the placed in the Top 8 at state in relay competitions are sophomore Jordan Jarrett, junior Justin Hunt, and senior Larry Payne.

“We were the fasted public school in the 4x100 and 4x200 relays at state last year,” Webster said.

Jarrett and Payne were part of a 4x200 relay team that placed third at state last season.

“We were only a tenth of a second off of breaking a school record in the 4x200 last year,” Webster said. “And for us to break a school record is an accomplishment because we’ve been incredibly good at track here for decades.”

Jarrett and Hunt were part of a 4x100 relay team that finished fifth at state.

“Justin Hunt and Jordan Jarrett are back,” Webster said. “Dushawn Franks also ran relays a bunch last year and he would be part of our 4x100 this year. Zytrevion Williams or Marsayv’aun Harrell would likely take our other spot in the 4x100 relay."

“We weren’t sure who would have taken the last spot on that relay this year,” Webster said. "But that’s another event we got to state in last year.”

Payne, who is a two-time state qualifier, is also a threat to do special things in the 400-meter run.

“He went to state last year in the triple jump,” Webster said. “I think he could compete for state in the long and triple jump this year.”

The Indians do face the task of replacing its top thrower Trevon Lemons who placed seventh at state in discus last season.

“You cannot replace a thrower like Trevon Lemons,” Webster said. “But LaTrevio’n Thompson is coming on with his throws. He jumped for us last year but he’s really bulked up with Coach Wyatt in the weight room. He’s just a really good athlete. I think he would have put up some good numbers in the shot even as a sophomore after working with Coach Tidd.

“Chris Welton is also coming back in the javelin and Jake Stewart in the discus,” Webster added. “We just have so many talented kids on our roster this year.”

Kennett was slated to open its season Mar. 26 when it hosted the Kennett Open. Spring sports and school were suspended in early March due to the COVID-19 pandemic. They will not resume until at least May 1.

“My heart goes out to our kids,” Webster said. “I’m really disappointed this had to happen. I feel for these kids. Some of them only compete in track. You really hurt for them.”

“Ste. Genevieve is consistently very strong,” Webster said. “Park Hills is also pretty good. But I think we are right there in the mix with everyone on the boy's side.”

Webster continues to hold out some hope school will resume in May and postseason track competitions will take place.

“If we came back at the start of May we could still get in a meet or two and the district,” Webster said. “That would be really cool, especially after everything that has taken place. But we will just have to hope for the best.”

Editor's Note: Look for a story on the Kennett girls track team later this week.