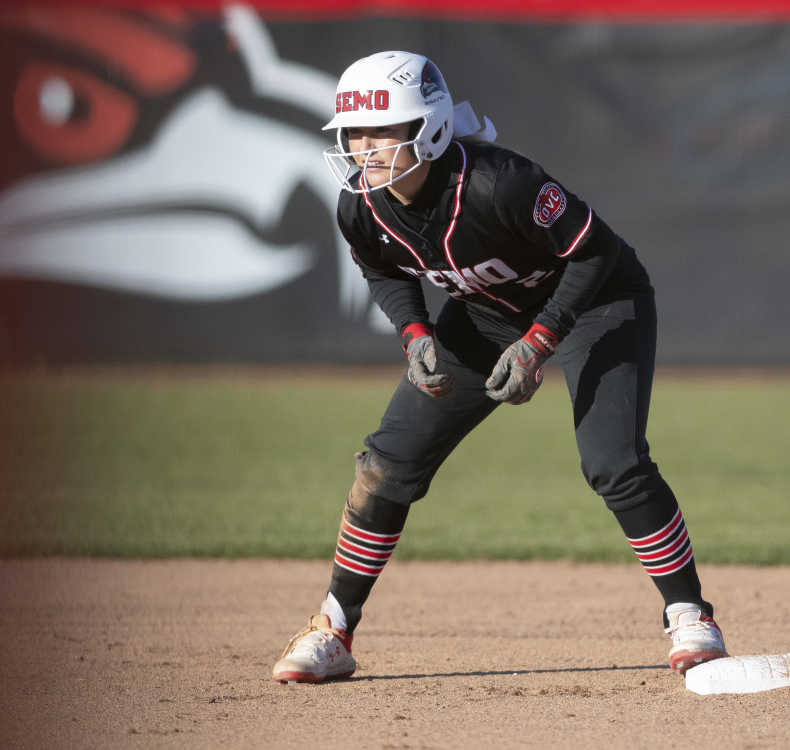 Southeast Missouri State softball coach Mark Redburn recently – and unexpectedly – got four commitments for the 2021 season and one of those players he feels pretty confident will be the best player in the Ohio Valley Conference next spring.

When the NCAA recently voted to allow seniors from the 2020 class to return next year, due to the cancellation of spring sports, the Redhawks got a commitment from four seniors, most notably outfielder Rachel Anderson.

Anderson was the 2019 OVC Player of the Year and was on her way to do repeating that achievement in 2020.

“She ranked number one in the country in toughest to strike out,” Redburn said.

Anderson will be joined by senior infielder Ashley Ellis, Lindenwood transfer Austine Pauley and possibly catcher Rachael Donald, who is mulling over a couple of offers from graduate schools, as well.

Ellis was hitting .347 and had boomed a team-leading eight home runs this spring, while Pauley had contributed 13 hits and 12 runs in 17 starts.

Donald was proving invaluable in handling the young pitching staff this spring, while offensively, she was hitting .367.

As valuable as those players were on the field, Redburn will be counting on them helping to mentor the nine freshmen that he had already signed for next year.

“They are kind of like the (Major Leagues),” Redburn said of his seniors, “they can come in and get some minimal work in and they know what to do. They’ve had success.

“It will be nice to have them around to help these new freshman players that weren’t going to have a chance to be around an All-American like Rachel Anderson or our home-run leader like Ashley or a four-year starter like Rachael Donald. It is really going to benefit our young players to be around those returners.”

Another benefit for those “young players” may be the opportunity to grow through a redshirt season.

Redburn said he is going to watch his “large roster” go through fall workouts and evaluate every player in intrasquad scrimmages and he’ll see who could benefit from a year of development, as opposed to just receiving limited playing time.

Not only do players who redshirt grow athletically, Redburn said, there are also benefits academically.

A student at the end of a fifth year generally has a lighter load academically and can “relax a little bit” through the rigors of a softball season, or they can get involved in a graduate program and get their master’s paid for.

“We really do try to present it as a positive,” Redburn said. “It’s a great opportunity.”

Redburn said he has been building his program to the point that he can build depth through redshirting and field a more experienced roster each spring.

This year Southeast was off to a 12-5 start and the fact it had eight seniors was a key reason for that success.

“I’ve been considering this for the last year or so,” Redburn explained, “especially as our roster has been getting larger.”

As of today, Southeast will have 19 returning players and nine recruits.

“This will really give us a test to show younger players that this can really be a good thing for their playing career,” Redburn said.