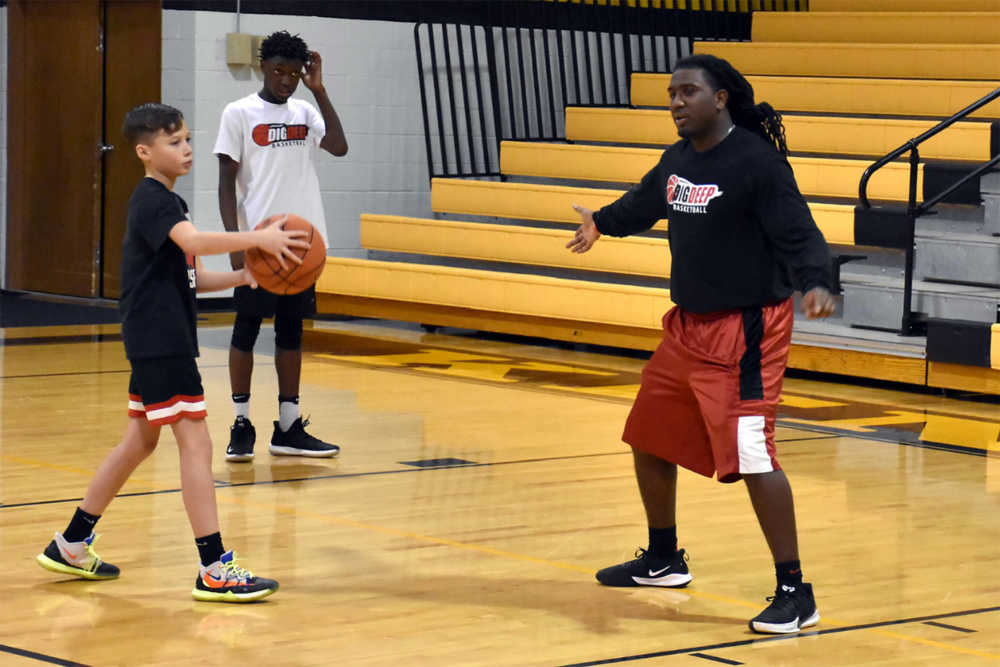 Kennett native Fred Garmon is a lifelong student of the game of basketball.

“Basketball has always been my sport,” said Garmon, who is a 2011 graduate of Kennett High School. “I call people at random times just to hear me out on things like a new practice drill I’ve come up with. I continue to learn more about the game and want to share my knowledge with people who are interested in listening to me.”

About a year ago Garmon found a new way to share his knowledge.

“When I stopped coaching basketball at Kennett I decided I wanted to become a personal development trainer so I could work with kids that wanted basketball to be a big part of their lives,” Garmon said.

THE PATH TO TRAINING

Garmon, who was a two-time all-state player at the high school level and a member of the last Kennett squad to win a district basketball title in 2010, didn’t always have a vision to become a personal development trainer.

“When I was in high school my head coach, Jim Vaughan, asked me what I planned on doing after I graduated,” Garmon said. “The answer always was play D-1 basketball and then come back to Kennett to coach. But Coach Vaughan told me I think you should try to be a trainer rather than coach because you have a knack for it.”

Garmon, who played junior college basketball at Mineral Area College in Park Hills, Missouri, and D-1 basketball at Austin Peay State University in Clarksville, Tennessee, got his first taste of personal development training during his final year of college at Austin Peay.

“I worked out the bigs and was responsible for player development of their post players,” Garmon said.

Sikeston native Corey Gipson, who was an assistant coach at Austin Peay at the time, encouraged Garmon to stick with personal training after he graduated college.

“He thought my IQ and passion for the game were too elite to coach high school basketball,” Garmon said. “He thought I should become a personal development trainer instead and looking back on it I kind of feel like he was right."

Garmon placed a call to the founder of DigDeep Basketball - Stephon Martinez - once he decided he wanted to devote serious time to personal development training.

Martinez, who is a North County graduate that played and coached at the collegiate level, built DigDeep Basketball on the principles of determination, experience, and perseverance among adversity. Since 2014, Martinez has conducted personal development training sessions with several current NBA stars and international clinics in Israel, China, Australia, and Belgium.

“When I was a sophomore in high school I played Stephon twice when he was a senior at North County,” Garmon said. “When I played at Mineral Area I stayed there after my first season during the summer to work on my game and rehab my knees. Since Stephon was from there we started going to the gym together. We competed against one another and built a really good relationship. When I decided I wanted to become a personal development trainer I reached out to him and we kind of partnered up."

Garmon and Martinez have since held several basketball events together.

“I’ve helped him run a couple 3-on-3 leagues and a four-week skill-development clinic,” Garmon said. "He’s also been down here to one of my 3-on-3 events and came and worked with one of my core players. We’ve also hosted a college prospect day where several college coaches came and watched a select group of guys compete.”

THE GROUP THAT BELIEVED IN GARMON FIRST

Garmon says he typically meets with the players once a week during the season and multiple times each week in the offseason.

"If it’s in-season we just try to keep them polished or do what I like to refer to as watering the plants,” he said. "We sit down and watch film together and look at their best points to attack and to rep things they have to do many times in a game.

“We will workout three times a week during the summer,” Garmon added. “And two of those three days we may meet twice a day. We try to get them to expand their game in the offseason. During the season, you have to be selfless while you are working on your game for the team. But it the offseason it’s all about you so you can be a little more selfish while adding to your game while still maintaining a team concept."

Garmon said he asks every athlete the following questions before he begins working with them:

1. What is your true love for the game and do you want to get better for you?

“Sometimes parents want their kid to be really good but the kid could care less,” Garmon said. “I always make sure I ask the athlete this question instead of their mom or dad.”

2. What do you want out of basketball?

“I want to know if they want to be a really good high school player, play at the collegiate level, or if they think they could play professionally one day,” Garmon said. “It’s important I know what they want out of it. I’m going to be totally committed and want the athlete to give me the same commitment in return.”

Garmon said building the right relationships so you can hold athletes accountable is crucial for effective training.

"If you asked me what the most important thing in player development is I would have to say it is building relationships,” he said. “Having relationships with kids and their parents is huge. You have to have the trust of the parent and the athlete.”

Garmon said several local coaches have made it possible for him to become a personal development trainer.

“I want to thank Coach Jim Vaughan for instilling this idea into me,” Garmon said. “I also want to thank my mentors Corey Frazier and Stephon Martinez. They have both helped me a great deal along the way. Also Jason Fry of St. Louis who used to coach at Missouri Baptist. Anytime I called him he was willing to share his knowledge with me."

“I’ve really taken it to another level this year,” he said. "I want to provide as much value as I can for anyone in the area who is willing to listen,” he said.

Garmon plans to devote most of his training time to his core group in the immediate future.

“I won’t add any players to my core group until I get these five where they want to be,” he said. “I do have others I work with occasionally. But I won’t add any more to the core until these five are done with me. Then I’ll try to find another youth player who has the same drive and passion as these five.”

Garmon said the main reason he hopes to continue personal development training for a long while is to help local athletes achieve their goals.

"For me, it's all about the athletes," Garmon said. "It's their journey, their process. I'm just glad they trust me enough to allow me to be a small part of their journey. I know how it feels to be awarded a scholarship, and I want them to feel the same joy and excitement one day. But in the meantime, there is work to be done." 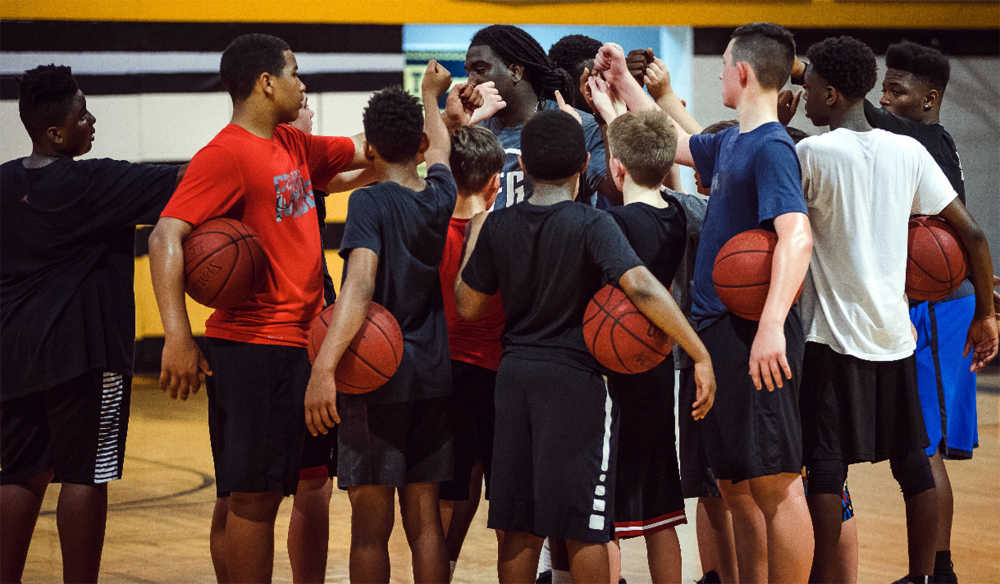 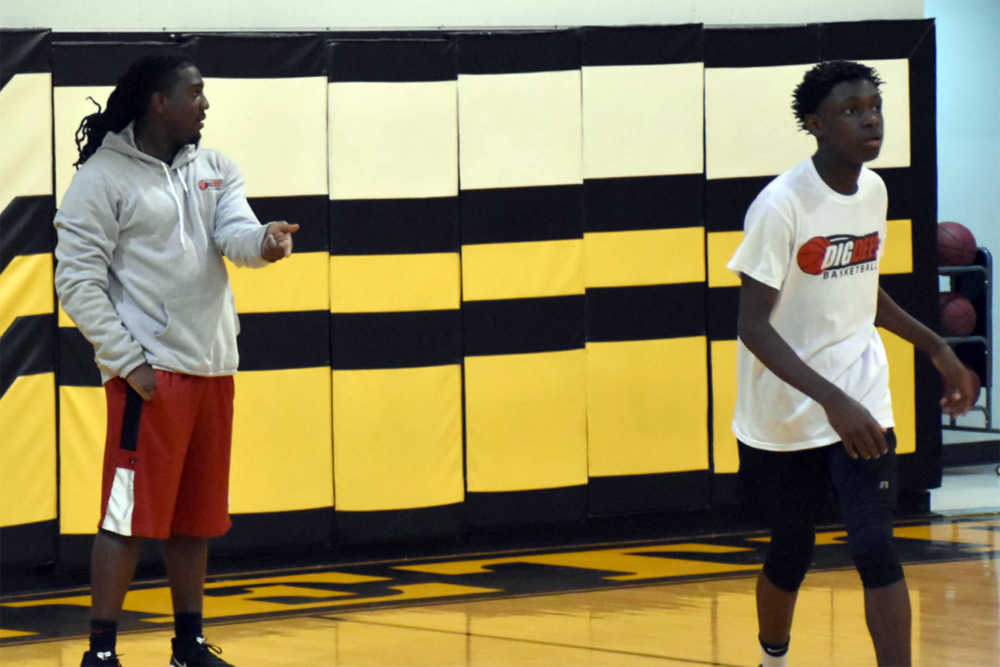