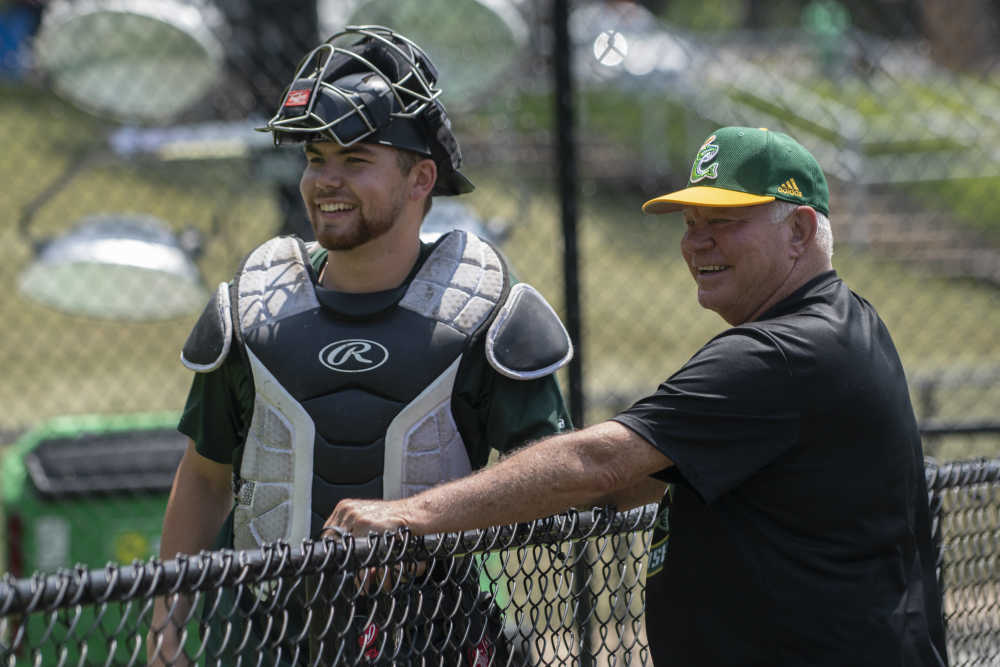 The St. Louis Cardinals were to have spent Sunday evening wrapping up a three-game road series against Central Division foe Cincinnati Sunday, but as every baseball fan knows all too well at this point, there is no crying IN baseball, but there is crying ABOUT no baseball due to the COVID-19 pandemic that has engulfed the world.

The Cape Catfish haven't been negatively impacted as of today, but…

“We are anticipating that we are going to have summer baseball,” Catfish general manager Mark Hogan said. “Right now, we feel like we will. That is what we are moving toward.”

The second-year franchise is hoping to open its 2020 Prospect League season on the road at Quincy on May 28 with a home opener at Capaha Field May 30.

“It’s too early,” Hogan said of being positive about anything. “Really, the only thing I can relate to is the professional sports like the Indianapolis 500, the Masters, the Final Four, those are big, big deals.

“The Catfish are a big deal here. We love it and definitely want to play. But you have to be on the safe side, so we’ll see how things work.”

Cape made a splash like few people thought it could a year ago as it won the West Division and tied a Prospect League record for victories before falling to Chillicothe in the championship series.

The Catfish swept the league’s postseason honors, as Steve Larkin was named as the Prospect League Manager of the Year, outfielder Andrew Stone was the league’s Most Valuable Player, and Southeast Missouri State now-sophomore Bryan McNeely was the Starter of the Year.

Larkin and Stone are scheduled to return and McNeely very well might.

Hogan said he has 29 players committed to play this summer and the league recently expanded the roster to 34 (it was 32 last year) due to the elimination of the college baseball season.

“It’s been interesting the last 10 days,” Hogan said. “The phone calls have been coming, more than just an inquisitive nature from guys around the country.”

Versatile athlete Curtis Washington Jr. (Arkansas) is set to return this summer, as are infielders Christopher Jordan and Zane Wallace.

Also signing on for this summer are Missouri players Ty Wilmsmeyer (outfield) and Spencer Miles (pitcher and first baseman).

With the elimination of college baseball this spring, that has increased the desire of athletes to get reps this summer.

Players that normally play in 50-plus games and get 200-plus at-bats, or throw 100-some innings need work.

“You’re going to have some questions about the pitching when they come in,” Hogan said of guys who haven’t thrown in a live game in months. “The shape that they’ll be in, they are going to have to build themselves up again.”

Major League Baseball still has not decided whether to conduct its annual Draft, which is scheduled to begin on June 10.

The MLB and its player’s association agreed recently that it could be pushed back to July 20, if it occurs at all.

That will pose a situation for players that not only need repetitions but an opportunity to showcase their skills.

One such player is 2019 Catfish outfielder Ellison Hanna III out of Indiana State.

“He would have been a probable (draft pick),” Hogan said. “This is a really odd situation and there are some silver linings for some summer league teams. I say that with total respect (for the pandemic). But it looks like the pool of players, if (MLB) is going to wait to draft until the end of the summer, those boys are going to want to be out playing.”