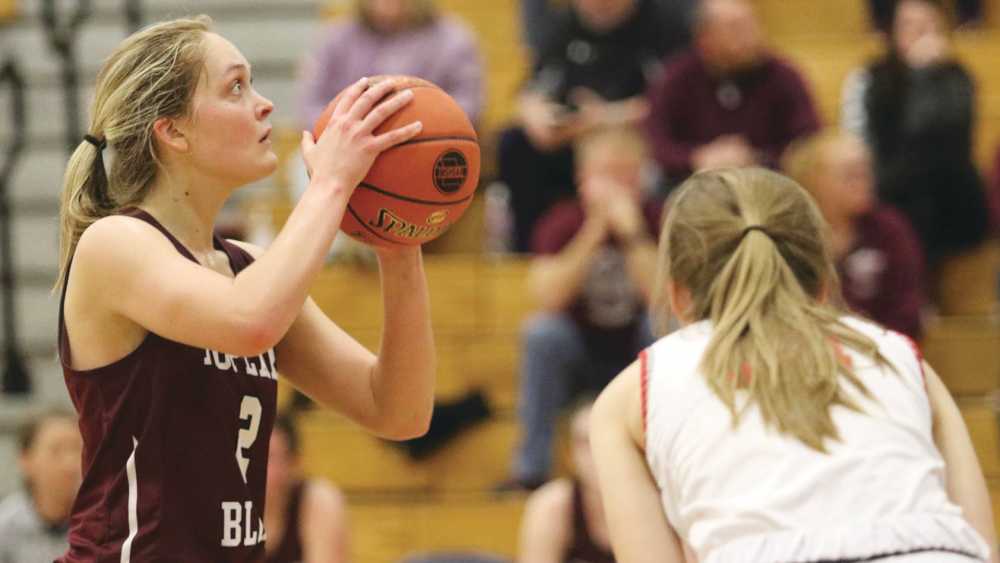 Kiley Bess knocked down a shot in the closing seconds of the state quarterfinal two weeks ago. It ended up being one of the very last baskets of a shortened postseason.

Poplar Bluff’s season ended with a 44-33 loss to Kirkwood in the MSHSAA Class 5 playoffs, that were later canceled due to the coronavirus pandemic.

“I think it was good I got to experience the season to be over,” Bess said. “Not to have a final win or final loss, I feel really bad for them.”

On Wednesday, Bess was named to the Missouri Basketball Coaches Association’s All-State team for a second straight year.

That night would have also been the awards banquet for the SEMO Conference. A four-year, all-conference selection, Bess was to pick up the Bob Gray Award for a second time after sharing player of the year honors last season.

“Now finally accepted that senior year is over for basketball,” Bess said. “We had a great year.”

The Mules finished 19-10 and reached the state quarterfinal for the first time in a decade.

Her 2,301 career points were second only to Tyler Hansbrough’s 2,464 in Poplar Bluff basketball history.

“I know how lucky I have been as a coach to be able to coach two of our greatest basketball players, girls and boys,” Poplar Bluff coach John David Pattillo said.

Bess set a single-game record of 50 points as a sophomore in an overtime win at Sikeston. She needed 51 games to reach 1,000 points for her career and passed Mary Kalich’s program record of 1,635 points as a junior.

“Her ability to score, handle the ball, pass, it made her such a successful player,” Pattillo said. “Her skill level was so high. She has a high basketball IQ, that’s why we had a lot of success we had this year.”

Bess also had 113 steals and 40 blocks this season while Pattillo said she had several games with double-digit deflections.

“When you’re getting hands on the ball in the passing lanes as much as she did that helps and leads to easy points,” Pattillo said.

Bess is the 14th player in the program to earn all-state honors and the seventh to do it in multiple years.

“I thought her sophomore year she should have probably had good consideration,” Pattillo said. “She’s just been really consistent all the way through her career.

“Very deserving to be a two-time, all-state basketball player.”

As a sophomore, Bess scored 617 points in 27 games as the Mules earned the program’s first winning season in three years.

But that season, like the one before it, ended with a loss to Jackson in the district championship game. After a third loss in the final to Jackson, the Mules were determined this season to reach the playoffs.

“I think all of us girls were really bought in,” Bess said. “We really wanted to win for (Pattillo).”

The Mules won all seven of their conference games, ending with a 50-47 win over Notre Dame, which advanced to the Class 4 Show-Me Showdown.

In the district final, Bess scored 12 points as the Mules beat Jackson 49-44.

“Going into the Notre Dame we had been a little up and down,” Pattillo said. “We talked about how we played in (a previous win). We had that type of team, we had girls that can score in double digits with Kiley.”

The Mules were 11-1 when two players reached double digits in scoring. They were also 12-0 when holding opponents to under 40 points and 17-3 when not allowing 50 or more.

During their playoff run, the Mules gave up an average of 36.7 points per game.

Bess said she always dreamt of playing in the state playoffs, but the quarterfinal felt more like a scrimmage. Only 60 “essential personal” from each school were allowed to attend the game due to COVID-19 concerns.

“It was incredible,” said Bess of the playoff run. “I had a blast.”

Bess, who signed to play next season at Saint Louis University, said she’s been catching up on television shows and running around the block to keep in shape.