Fishing to relieve stress in the coronavirus era 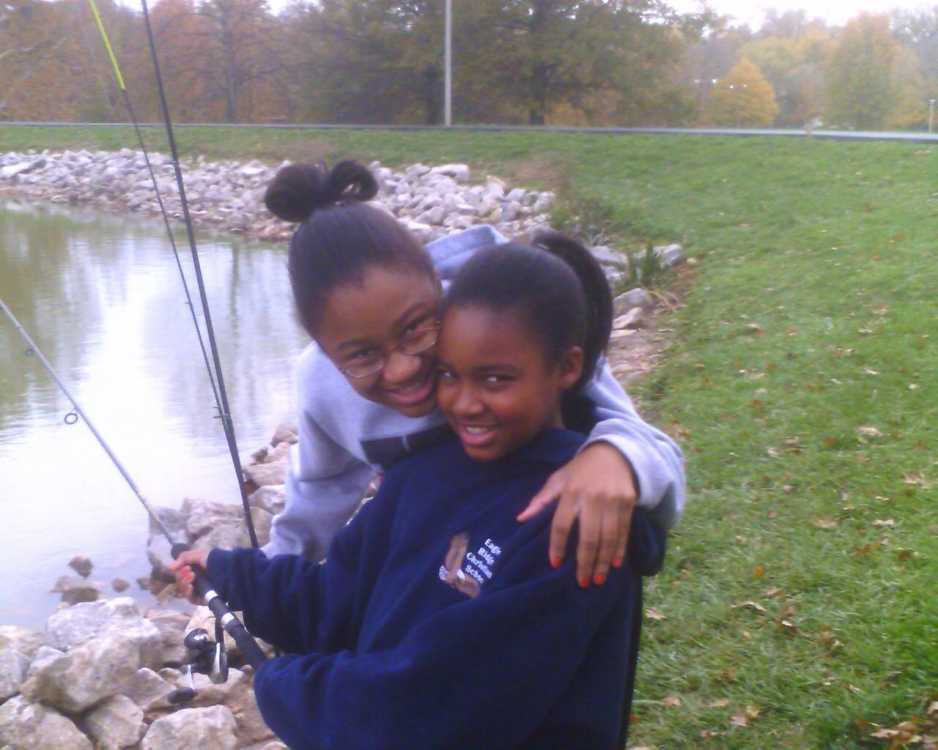 Fishing at Rotary Lake in Jackson. (Left) Tylar Kennedy, 14, and (right) Alysa Kennedy, 10, in a photo from 2008.
Photo submitted by Christopher Kennedy

Fishing is perhaps the most social distancing-friendly sport around.

For many anglers, perhaps most, fishing is a solitary activity.

Bait can be secured without encountering anyone.

In addition to being a safe sport in this time of coronavirus anxiety, fishing is also ideal for the frugally-minded.

A fisherman can unearth his own night crawlers.

Anglers often already have an assortment of artificial lures in their tackle boxes.

Once you possess the basic equipment, a rod and reel, there is often nothing further to purchase.

“What can you do that’s cheaper than fishing?” asks Christopher Kennedy, regional fisheries supervisor for the Missouri Department of Conservation.

The benefits of an activity from which a plurality of Jesus’ original disciples derived their living go beyond a cost-and-benefit analysis.

“Whenever I’m around water, even a pond,” said Kennedy, “the environment triggers the creative, the positive, the thankful part of me.”

The late Missouri-born film director Robert Altman, who helmed the 1970 movie “M*A*S*H,” might have agreed with Kennedy.

“I love fishing,” said Altman, who died in 2006. “You put that line in the water and you don’t know what’s on the other end. Your imagination is under there.”

Patience, what the New Testament calls one of the fruits of the Holy Spirit, may be a byproduct of fishing.

Anyone who has sat in a boat with a line cast into a lake knows waiting is part and parcel of the experience.

Persistence on the water may make you accepting of defeat but may also imprint in your character an unwillingness to quit.

M.J. Ryan, an author and personal growth coach for business executives, might argue anything inculcating patience is worth trying.

“Patience makes you calmer and more content,” Ryan wrote in her 2003 book, “The Power of Patience.”

When Kennedy is stressed, he likes to go outdoors and preferably to the water.

“Whitewater Creek runs through it,” said Kennedy, “and my daughters and I used to sit on lawn chairs in the water and the fish would give us pedicures.”

In a hospital setting, the dangers of COVID-19 are frequently on her mind.

Angling, for the 26-year old Tylar, is a great stress reliever.

“(Tylar) told me she couldn’t wait to go fishing,” Kennedy said, “because she knows (how) to release her mind from the world.

“She does it with a fishing pole in her hand.”

Strength not just for the mind

Fishing has mental and emotional benefits, but the sport can also be good for the body.

One of the greatest American novels, penned by avid fisherman Ernest Hemingway, shows the physical benefits of angling.

In Hemingway’s “Old Man and the Sea,” the protagonist battles a great sea marlin for three days.

Truth be told, even the smallest fish may engage the shoulders, back, arms and legs in what is sometimes an excruciating workout.

Reeling in a crappie, a perch or a rainbow trout is a strain able to build up the body’s strength.

Kennedy, for his part, loves the solitude of fishing.

Another favorite spot for the conservationist is Cape Rock.

“(Cape Rock) is a meditation spot for me while I watch the Mississippi roll by,” Kennedy said.

“My problems seem to roll away with the waves,” he added.

“But I don’t want to tell you where it is,” Kennedy said with a chuckle.

“The wetlands (at Mingo) are so diverse,” he added, “and a visitor will never hear a car when going into the 36,000-acre refuge.”

Kennedy is clear about the benefits of the water for him individually.

“If I don’t go fishing and take the time to explore nature,” Kennedy said, “I won’t be at my best.