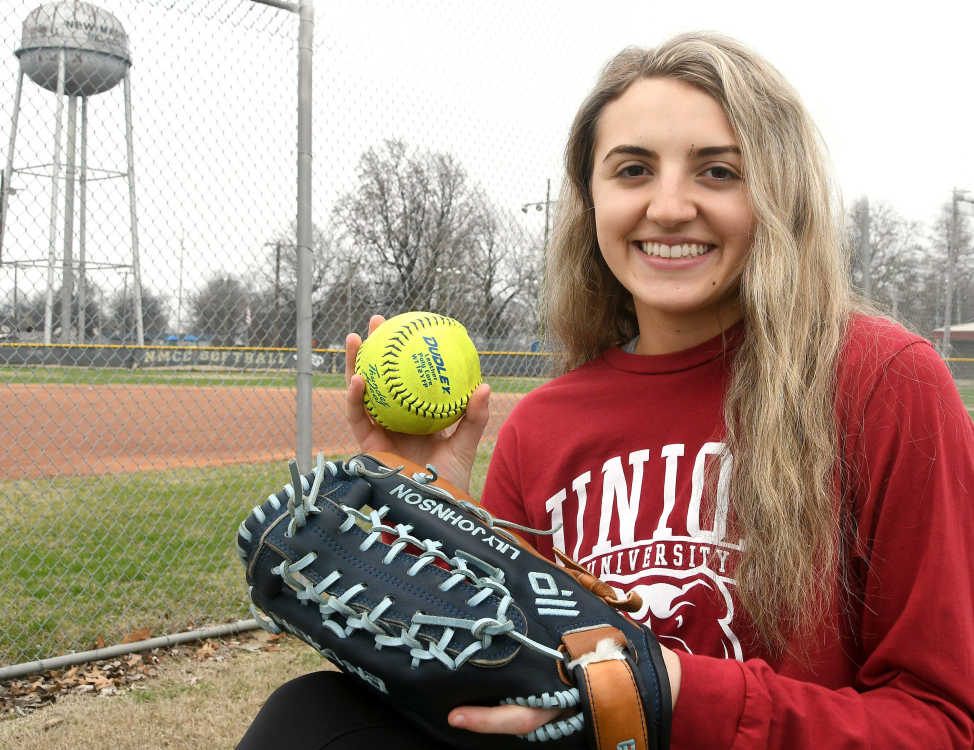 She was equally tough facing the opposing pitchers. Last season Johnson’s batting average was .435 with an OPS of 1.125.

Her efforts earned her spots on the all-district and all-region teams.

The daughter of Ben and Heather Johnson of New Madrid; Johnson said she began playing softball at age 12 as something to do with her friends. When their team was without a pitcher, Johnson asked her father to teach her. 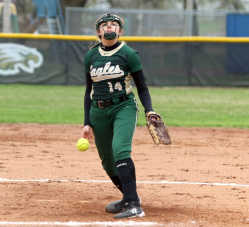 She was a fast learner.

Her freshman year, she was a starting pitcher for the Central High School softball team.

As she prepares for her final spring season of high school ball, Johnson reflected on how she has grown as a player.

“I really have enjoyed high school ball,” she said. “The friendships I have made, I will cherish forever.”

Johnson added she has also sought to be a team leader and a mentor to younger players.

“I like doing that. If they have questions, they may feel more comfortable asking me about it since I’m closer in age. Plus, it helps me learn,” Johnson said.

In addition to playing high school softball, since she was 14, Johnson has played on a traveling team, the Perryville Stars Elite. In 2018 the team won a national title and, in 2019, placed third in the national competition.

The 17-year-old NMCC senior said she chose to sign with Union University because it was a Christian-based school.

“I wanted to go somewhere where I could grow a better relationship with God,” Johnson said. “Also, the school’s softball program is growing. They have a new coach, MacKenzie Sher, and I am excited about working with her.”

“Lily is very versatile and athletic,” he said. “I have never coached a softball player that has worked as hard as her. She is the total package when it comes to the sport.”

Baher said while Johnson can play many positions on the field, she is the most poised when taking the mound.

“Not only does she completely control the defense from the mound, but she can produce offensively as well,” he said. “I expect big things this year with her leading the team on the mound. She has a great group surrounding her to help it happen. The team is in a great spot this year. With the contributions of her work ethic and seniority for others on the field.”

“She has a great attitude, she is coachable, and most importantly, she knows how to win,” he said. “It’s what college coaches look for, and it’s exactly what Union University sees in Lily.”