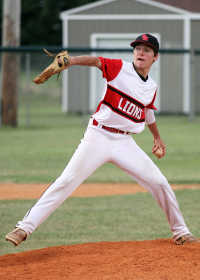 Longtime baseball coach Chris McLain never had the luxury of working with his baseball players during the fall before arriving at Senath-Hornersville for the 2019-20 school year. 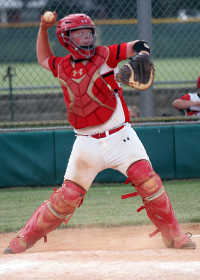 “I never had a fall season before I came to Senath-Hornersville,” McClain said. “Having a fall season is something that is invaluable for a coach that is coming into a program. It gives you an opportunity to learn more about not only their athletic ability but also their character.” 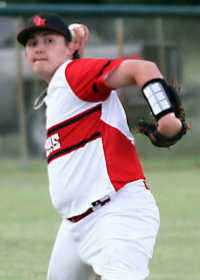 McClain had the opportunity to watch a relatively young squad play 16 games in this past fall.

“We’ve got a lot of guys that got some experience in the fall,” McLain said. “We don’t have a big senior class but I like the underclassmen we have in our program and the way they have been approaching things.”

The Lions have two seniors, four juniors, and 10 underclassmen out for baseball this spring.

“They will be a big part of our pitching staff,” McLain said.

McLain is hopeful junior Zander Owen will also be in the mix to eat innings for the Lions.

“He suffered an arm injury over the summer,” McLain said. “He’s rehabbing it. We think he’s on a timetable to return this spring.”

“We are still trying to figure out where the pieces fit,” McLain said. “There will be some competition for some positions. There are four or five guys that know pretty much where they are going to be but there are also spots that are wide guys will be competing for.”

Rhew and Jordan Coronado are expected to be two of the top RBI producers on the squad.

“Parker Rhew and Jordan Coronado will bat in the middle of our lineup again,” McLain said.

McClain is hopeful that Owens’ return will increase the Lions’ offensive production.

“He’s was one of our leading hitters last summer,” McClain said. “I think it will be big having him in the middle of our lineup again. He’s really consistent with the bat and puts the ball in play."

Wet weather prevented the Lions from practicing frequently outdoors during the first week of spring practices. School and spring sports have since been suspended due to the COVID-19 pandemic until at least April 6.

"We only got to practice outside twice the first week of practice because of rain,” McClain said on Mar. 13. "I’m sure everyone else is in the same boat. But it would have been nice to get out of the gym and let guys throw it on the field. The gym is for basketball and it’s baseball season. We are ready to get outside and enjoy some sunshine.”

The Lions are assigned to compete in Class 2, District 1.

“Class 2 baseball around here has been strong for years,” McLain said. “It seems like it’s competitive every year.”

Portageville, which won Class 2, District 1 and the Bootheel Conference Tournament last season, is slated to host the six-team district.

“Portageville has had some success recently,” McLain said. “We didn’t get to play them in the fall because they have football and our game against them was rained out in the summer so I haven’t got to see them yet since I took over.”

Other squads assigned to Class 2, District 1 are Campbell, South Pemiscot, Holcomb, and Bernie.

“I don’t feel like there are a ton of teams that are head and shoulders above everyone else,” McLain said. “I feel like there should be some really competitive games. But Portageville, Campbell, and South Pemiscot have strong clubs."

Editor’s Note: School and spring sports have been suspended until at least Apr. 6 due to the COVID-19 pandemic. An updated schedule will be provided at a later date if the spring baseball season is played.