Dexter softball hopes to stay away from injuries once season begins 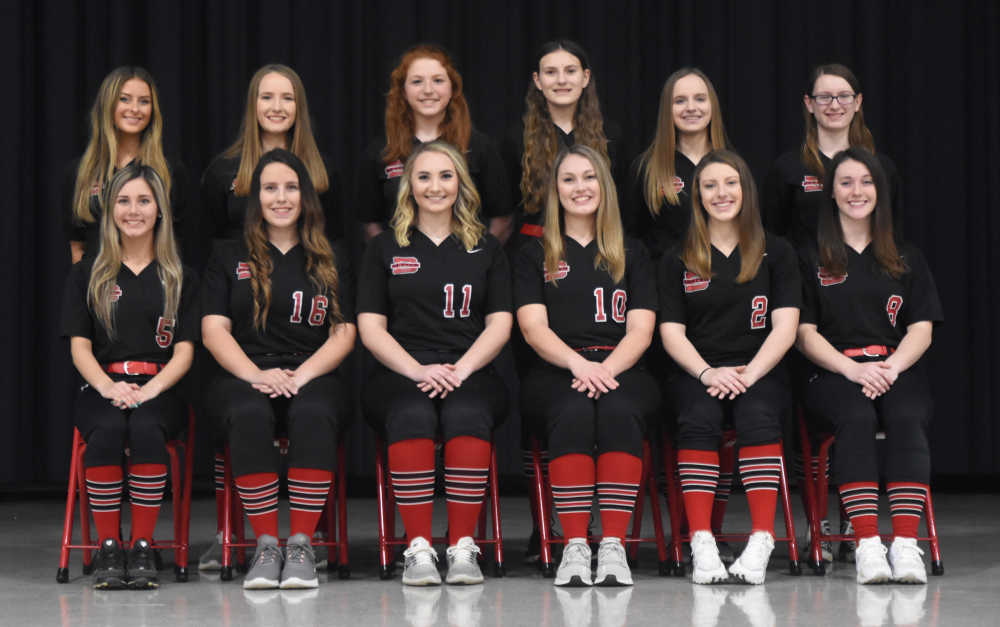 Starla Pulley and her Dexter softball team are keeping their fingers crossed for an injury-free season.

The Bearcats will try to improve on last season’s 5-15 record but will have to wait awhile to begin the process.

All practices and games for Dexter sports have been canceled through April 3 because of concerns about COVID-19. If school reopens on April 6, the district would determine when school activities will resume.

“Last year within two weeks, we had five starters injured,” Pulley said. “Luckily, we had enough manpower on the bench to step up and help us out. When you lose five players who held starting positions, those are hard positions to fill.”

Once they became more healthy late in the season, the Bearcats won three of their final four games after an 0-8 start.

Carrier played in only 10 games and made only five starts on the mound. When she returned, she couldn’t pitch.

Sydney Asberry made 14 of the remaining 15 starts — Kennedy Bess made the other.

“Kelsey, having her back as our main pitcher, is obviously good for our program,” Pulley said. “Having Sydney as a backup pitcher and having Sydney on short with her range is going to help us out tremendously.”

Asberry was one of several athletes playing out of position last year because of the injuries.

“Last year we had people playing positions that might not have been their optimal positions,” Pulley said. “You always want to put players at the positions where they’re going to be successful.”

Dunlap returns but will not play catcher. Kelby Hill took over behind the plate last season. With Hill graduating, the Bearcats will be breaking in a new catcher this spring.

“We have a freshman, Abby Sandage,” Pulley said. “She’s played some travel ball and she’s caught for them. We’re looking at her to fill the role for us. I have other girls who have stepped up and said they would try if we needed them to because you always have to have backups because you never know when someone’s going to get hurt.”

“We still have some (players) who are on the verge of one small tweak and they could be out,” Pulley said. “(We’re) finding positions for them where we can keep them in the game.”

Slaton will return to left field with junior Mekenzie Yount back in center field.

“(Mekenzie’s) probably one of the best outfielders in our area,” Pulley said. “She can cover some ground. At the plate, she batted .500 her freshman year (and) .550 her sophomore year.”

Hannah Pyles, who played at shortstop and third base last season, will start in right field.

“We’re going to have a pretty solid outfield,” Pulley said. “They’re quick. They can read the ball well. Great arms. Any of them can throw from the outfield and hit home. So, I’m pretty confident with our outfield with the way they’ve been working.”

Bess will start at third base after receiving considerable playing time there last season.

“She’s played some travel ball. She played short and third this summer. She’s got a great quick arm on her,” Pulley said. “Really with all our infield, we’re working on going for the ball. Sometimes, we wait for the ball to play us, trying to get them a little more aggressive to get the ball early.”

“She’s coming around quite well (at second),” Pulley said. “She has a lot of power. She’s coachable and we’re looking at trying to groom her for that position.”

Barring injuries, Pulley plans to have a set lineup this season.

“Everybody’s going to be at a position where they’re going to be successful and confident,” she said.

Pulley identified one area where her team must improve defensively, a year after losing five games by two or fewer runs.

“We worked a lot (March 11) on being confident and knowing where the ball goes,” Pulley said. “If you have one out and a runner on first and second, sometimes you want to say, ‘go to third,’ but you have to be aware of where your runner is. Sometimes we have a delayed reaction and that’s what causes runners to advance. I’m hoping having played people in positions where they feel confident, you have a little more experience out there. That will help. That will reduce some of those errors that cost us some of our games last year.”