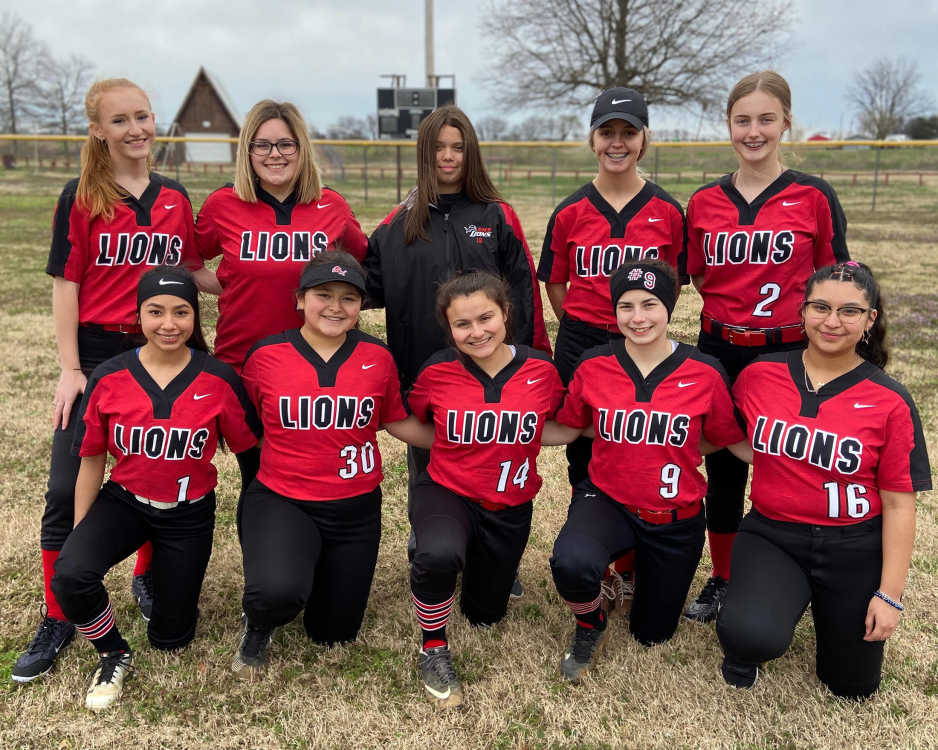 PROVIDED PHOTO
Pictured are members of the 2020 Senath-Hornersville softball team.

The Senath-Hornersville Lions softball squad hopes to have the opportunity to display its skills on the diamond under new head coach Melani Rooney this spring.

Rooney, who has served as an assistant coach under previous head coach Leigha Woody for the past four seasons, is a 2008 graduate of nearby Kennett High School.

“I grew up in the Bootheel Conference so I know a little bit about each team,” Rooney said. “I’ve also had the opportunity to observe them the last four years as an assistant so I kind of know the strengths and weaknesses of each team. I’m hoping we can make Senath-Hornersville a team everyone gets nervous about playing. I want us to be able to compete with everyone in the conference. I know we’ve got it in us we’ve just got to get there.”

Senath-Hornersville, which is coming off a 7-10 campaign last spring, has three seniors, three juniors, three sophomores, and one freshman on its roster.

“I think we will put up a good fight,” Rooney said. "I know we don’t have a large roster. But our players work really hard.”

The Lions have the luxury of returning senior starting pitcher Hannah Johnson who threw a no-hitter against New Madrid County Central over the summer.

“She put in a lot of work over the summer and will be back in the circle,” Rooney said. “I thought she looked fantastic this summer."

Jones will start at shortstop and Sissy Johnson will catch.

“Aubry covers a lot of ground on the infield,” Rooney said. “Sissy Johnson will also be a big part of our team behind the plate."

“She’s awesome,” Rooney said. “I get compliments on her everywhere I go.”

“The rest of our roster is pretty new,” Rooney said. “I’ve got a couple of sophomores that have been around but some of our other girls are first-year players."

Rooney says sluggers Hannah Johnson and Jones along with speedster Vilchis are the top candidates to make significant offensive contributions on a Lions squad that averaged 9.6 runs a game last spring.

“Myra Edmonston really impressed me in the preseason,” she said. “She’s hit some good line drives in batting practice and will likely play in the outfield for us.

“We’ve been doing some drills and playing some games,” she continued. “Melissa won one of them in a preseason practice. She has a really good glove.”

Senath-Hornersville is slated to compete in Class 1, District 1 with six-time defending champion Kennett, Caruthersville, Cooter, Delta C-7, South Pemiscot, and Southland at the end of the season.

Rooney said she had the opportunity to coach Senath-Hornersville in scrimmage games against North Pemiscot, Risco, Malden, New Madrid County Central, and Caruthersville in June.

“I’ve already got a great relationship with all of the players,” she said. “The previous coach did a fabulous job developing them so I feel like I’m getting a team that should be ready to go.”

Editor’s Note: School and spring sports have been suspended until at least Apr. 6 due to the COVID-19 pandemic. An updated schedule will be provided at a later date if the spring softball season is played.