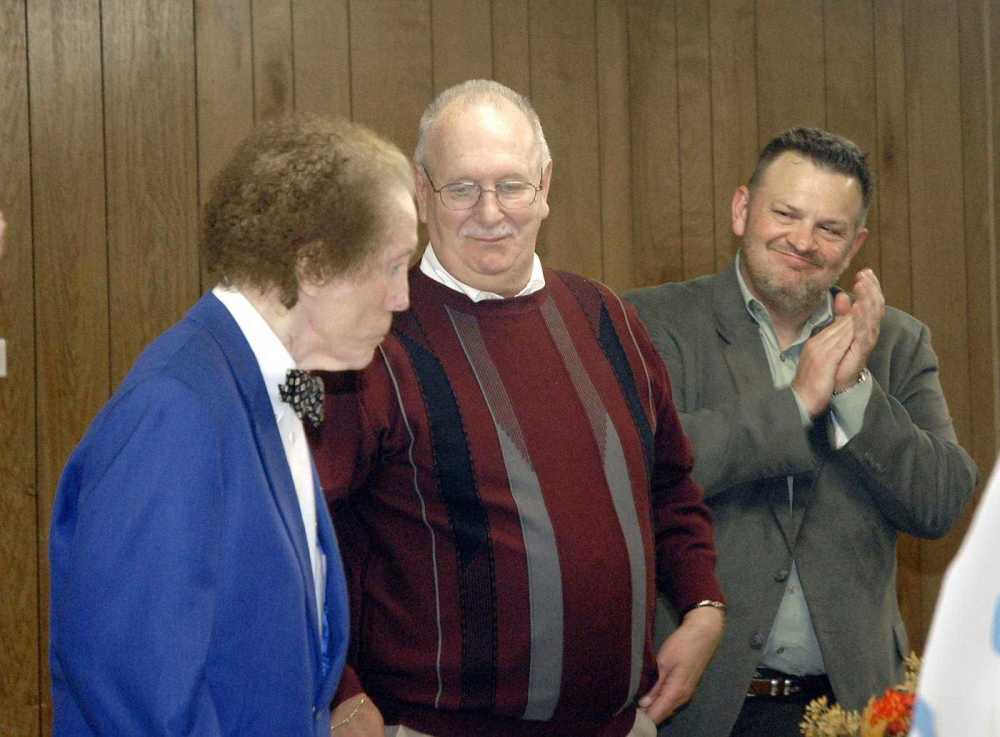 In a world that is utterly on hold due to a global pandemic, with a future that is anybody’s guess, we mine the settled past for stories reminding us when people used to play sports.

Few, in his era or any era, did it much better than Joe Aden.

Aden is the four-decade mayor of East Cape Girardeau, the village of approximately 300 people encountered as soon as motorists cross over the Bill Emerson bridge.

“My grandkids can hardly believe (my past),” said Aden.

“They used to say, ‘Pawpaw did what’?” Aden added.

Knew his way around the hoop

Pawpaw, in the world of Illinois prep basketball, had a record-setting career for Dongola High, 45 minutes by car from East Cape.

Home was a railroad town

The village’s 2010 population, according to the census, was 726, nearly unchanged since the late 19th century.

Dongola was created in 1857 as a stop along the Illinois Central Railroad.

Joe’s kin are buried in St. John’s Cemetery just outside of town.

Fascination with the game started early

Aden’s dad bought him a basketball and a hoop when he was about seven years of age.

The lad started shooting over and over again.

“Mom said I nearly tore the house up (with the ball),” Aden recalled.

The boy became a teenager and his skill was evident the moment Aden stepped onto the court, ending up with 3,031 points for Dongola from 1954-58.

To put this mark into some perspective, Southeast Missouri State recognizes roundballers who pass 1,000 career points, as junior star guard Tesia Thompson did this past season for the Ohio Valley Conference tournament champion Redhawks.

Thompson times three equals the achievement of His Honor, the mayor.

A twist to the story is how Aden accomplished this feat.

All those points and no treys

Aden is believed to be the oldest living player who broke the three thousand-point barrier without ever landing a 3-pointer.

Three-pointers weren’t allowed in U.S. high schools until the 1987-88 season, nearly 30 years after Aden was given his diploma.

“I’m very confident I could have hit (treys),” said Aden.

“My game was a mix of layups and jump shooting,” the mayor added. “I was also pretty good at the foul line, shooting better than 80 percent from there.”

A player of Aden’s ability, it might be assumed, could have had his pick of universities.

“You have to remember the time,” Aden said. “No TV like today, no Internet, no social media, no Twitter.”

He did get offers.

Southeast wanted him, as did SIU-Carbondale, Montana State (whom the football Redhawks visited in the fall of 2019), Miami of Ohio and Toledo.

A short stay in the Buckeye State

Aden ended up in western Ohio.

At least for a while.

“Somebody from Dongola went to (the city of) Dayton,” Aden recalled. “And (the guy) was interested in me.”

Joe went east to the University of Dayton, a city known as the hometown of Orville and Wilbur Wright, aviation pioneers, and TV’s “West Wing” actor Martin Sheen.

Dayton has an air force presence, namely, Wright-Patterson AFB, and is the founding city of National Cash Register (NCR).

And it is a lot bigger than Dongola with more than 140,000 souls calling Dayton home.

“I was just an old country boy from Dongola,” said Aden.

At Dayton, Aden was supposed to team up with an old rival from Tamms High, Charlie “Chico” Vaughn.

It was not to be.

“I called Mom and Dad and told them to come get me,” the mayor added.

Aden never even made it to the first workout of his freshman year with the Flyers.

Immediately upon returning to Dongola, the coach of Union University in Jackson, Tennessee called him.

“I remember the (Union) coach asking how soon I could get there,” said Aden.

Aden had a fine tenure at Union. He was team captain and leading scorer for the Bulldogs all four seasons.

Aden averaged 18 points a game as a junior and just under 12 as a senior. His exploits were enough to earn Aden induction into Union’s hall of fame in 2015.

Aden is also a member of the Illinois High School Hall of Fame in Pinckneyville. He was originally inducted in 1985 and then re-inducted in 2014.

Aden, as newly minted UU graduate in 1962, settled into a life of school teaching and coaching basketball and baseball.

Later, he worked for the state of Illinois in drug prevention.

The story of his long association with East Cape is an example of truth being stranger than fiction.

“East Cape was incorporated in 1975 and I was appointed a trustee,” Aden remembered.

“Mayor Bartelson got sick and I was appointed to fill in.

“I’ve been here ever since,” he added.

The owner of what used to be known as the Purple Crackle nightspot in East Cape, Clyde “Bud” Pearce, Jr., got Aden to run for the job in his own right.

Aden’s held the mayoralty since.

The octogenarian works out two or three days a week but has had his share of health trouble, including a recent bout of pneumonia.

“I have a shoulder problem, it’s bone on bone, they tell me,” Aden said.

“(The injury) might be fixed by surgery but I’ve been putting it off,” he added.

“Ninety-five percent of (being mayor) has been real, real good,” said Aden.

The part that hasn’t been great is dealing with periodic high water in the low-lying hamlet, including the devastating flooding of 2019 which – with eerie similarity to today’s coronavirus confinement – kept people from leaving the village next to the Missouri border or entering it.

“This last (flood) was the worst we ever had,” said Aden, aware that there are residents who have left East Cape for good, tired of the uncertainty and disruption.

Even though more than 60 years have passed, Aden is still asked about how many points he might have scored for Dongola had today’s ubiquitous 3-point shooting been legal in the ‘50s.

“There’s no way to know,” said Aden. “It’s kind of special, though, to score that many points without a trey.”