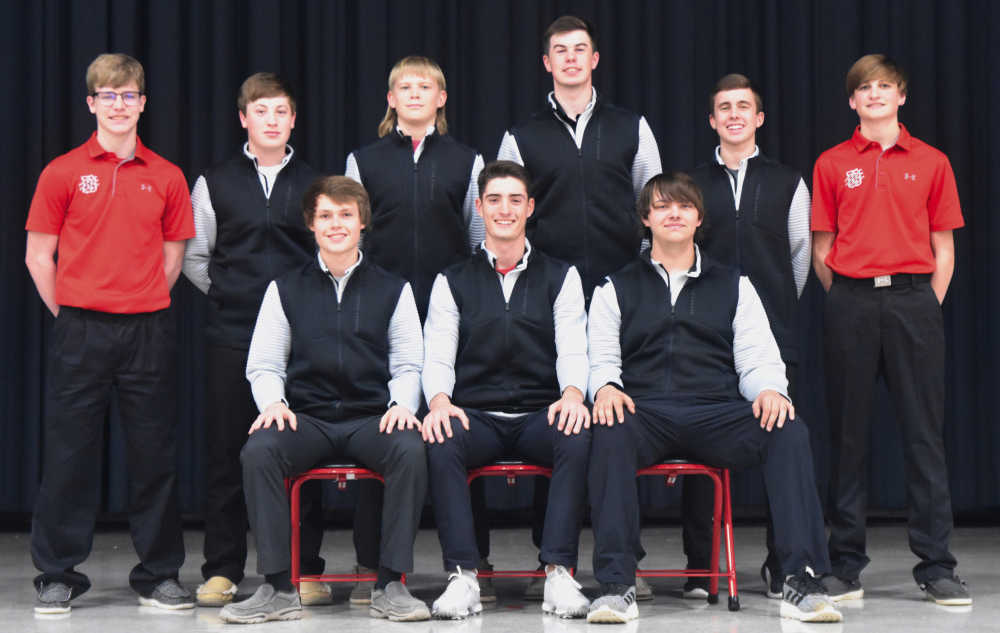 The Dexter boys golf team enjoyed a record-breaking season in 2019.

The Bearcats hope for even more success in 2020 when the season begins.

All practices and games for Dexter sports have been canceled through at least April 3 because of concerns about COVID-19. If school reopens on April 6, the district would determine when school activities will resume.

“We’ve got everybody back,” Dexter coach Eric Sitze said. “We had a lot of good varsity experience last year, especially those top five guys. They worked really hard this summer. I can tell in the week and a half that we’ve been out there, they’ve really improved. We’re looking forward to getting it going.”

Seniors Luke Becker and Spencer Warren, who signed to play golf for Calhoun Community College in December, junior Ryan Collier and sophomores Dylan Sitze and Cy Worley return from a team that went 12-0 in dual matches, breaking a school record.

The Bearcats shot 306 at the Jackson Invitational to break the school record for best 18-hole score and won their first district championship since 2010. They finished second to the host squad in the tournament.

Three Bearcats qualified for the state tournament, something the program hadn’t accomplished since 2011.

“Last year, he had a really good state tournament,” coach Sitze said. “He started off really well that second day. He almost had a hole-in-one. He had things going his way and had a chip-in. Things really happened good for him last year.”

Warren missed winning a medal by one stroke with 157. Of his teammates, Collier made the biggest strides between rounds, following up a first-round 87 with 78 to finish tied for 45th with 165.

The Bearcats won 21 tournament medals through the district tournament with Warren winning a team-high seven, including winning his first varsity tournament at the Festus Invitational with a 3-over 75 at Crown Pointe Golf Club in Farmington.

“Spencer’s a great golfer,” coach Sitze said. “He works hard at it. He’s been at state all three years. He’s gotten closer every year. I have no doubt in my mind, he’ll be fine and get (an all-state medal). He’s put the work and time into it. His effort’s always there. He’s an all-around good kid, good golfer.”

“Luke Becker and Cy Worley had really good summers,” coach Sitze said. “They have shown a lot of improvement, also.”

Coach Sitze said this players “are pretty pumped up about the season and want to do well.”

“You always worry about overconfidence,” he said. “I think they are excited about the season. I think they want to show people that they can do well this year.”

“We toughened the schedule up a little bit,” coach Sitze said. “We’ve changed one tournament. It’s at the same course, it’s at Crown Pointe still, it’s the Mehlville tournament. There’s a lot of very good teams in it. Last year we won the Festus tournament fairly easy, so there’s a lot more competition. We’ve added Poplar Bluff to the schedule this year.”

The district tournament is set for Monday, May 4, at a site to be determined. Cape Central, Farmington, Fredericktown, North County, Notre Dame, Park Hills Central, Perryville, Sikeston and Ste. Genevieve join Dexter in the field again this year.

Coach Sitze likes the work ethic and the maturity of what is still a young group of players.

“They work hard in practice. They really handled themselves in situations last year as a pretty young group,” Sitze said. “I can already tell they’ve matured a little bit, especially Ryan and Spencer. I’ve watched them play a few times against each other, and they’re really pushing each other. I’m just looking forward to the season and seeing how we react and handle our situations and see how much we improve.”