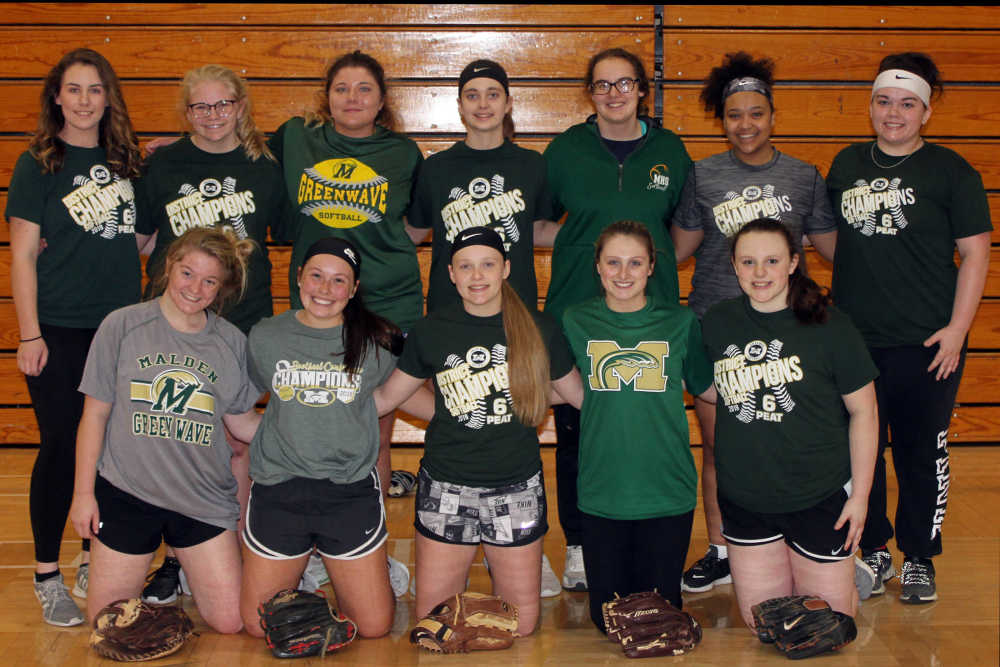 The Malden Green Wave softball program enters the spring hoping for an opportunity to continue its recent string of success.

The Green Wave return six players off of last season’s squad that finished 20-6 and won its sixth straight district title.

“We graduated three players off of last season’s squad,” Malden coach Kelsey Snider said. “Krista Hilfiker is the only senior on our squad this spring. She played first base for us last season. She will be at first base again and maybe behind the plate catching some.

“I have Hope Hartman and Madison Saulsbery pitching and switching off in the outfield when they are not pitching,” Snider continued. “Katie Shuffler was our centerfielder last season and batted leadoff. Olivia Slaughter is also returning in the outfield and Hailey Rojas played third base for us last season."

Sophomore Arysa Bristow, who got her first taste of high school softball last season, is another candidate to receive significant playing time.

Snider said all three of her incoming freshmen could make immediate noise on the diamond.

Freshman Rachel Rommel is being groomed to catch.

“We are hoping she can handle some of the catching responsibilities,” Snider said. “She is dealing with an ankle injury right now but we are hoping that doesn’t prevent her from catching.”

Freshman Brydon Maddox will likely see time on the infield and freshman Giana McCoy will compete for time in the outfield.

“Brydon will likely be our starting shortstop and Giana is a pretty solid outfielder,” Snider said.

Hartman, Saulsbery, and Bristow are the leading candidates to get time in the circle.

“We are training [Bristow] right now to pitch,” Snider said. “She got a little bit of pitching time on the junior varsity last season. She worked hard this winter on the weekends on pitching.

“[Hartman] and [Saulsbery] also have a lot to offer,” Snider added. “They pitch at different speeds. [Hartman] throws harder but [Saulbery] has an awesome change up."

“I know Kennett will still be pretty strong this year,” Snider said of the Bootheel Conference. “I also think a couple of other schools in the conference will be pretty strong. Hopefully, if that time comes and we get to have a conference tournament we will be able to defend our title. We’d love to win it for the second year in a row."

“Hopefully, we get that seven-peat but a couple of the other schools will be pretty competitive, especially Holcomb and New Madrid County,” Snider said. “Those two programs have a lot of returning talent. But hopefully, we can find a way to defend our title.”

Editor’s Note: School and spring sports have been suspended until at least Apr. 6 due to the COVID-19 pandemic. An updated schedule will be provided at a later date if the spring softball season is played.