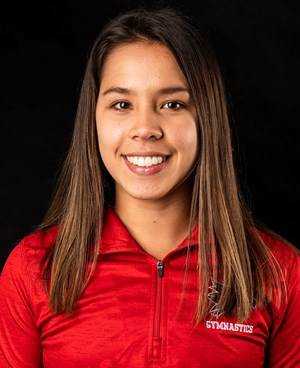 Redhawk sophomore Anna Kaziska was named 2020 Midwest independent Conference gymnast of the year and her coach, Ashley Lawson, was named MIC coach of the year.

A year ago, Kaziska was named MIC newcomer of the year.

"I'm extremely proud of Anna on this well-deserved award," Lawson said of Kaziska in a release. "Anna persevered the entire season with her head down, and continually excelled week in and week out.

“Her motivation and determination is key in her success and value to our team.

“Anna's expectations for herself were extremely high this season, and her contributions to the SEMO Gymnastics program far exceeded any expectations we had for her, and she is reaping the reward for her hard work." 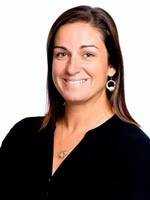 Lawson, recently inducted into the Southeast Missouri State University Athletics Hall of Fame, was named MIC coach of the year.

In only her second season coaching her alma mater, Lawson engineered an epic turnaround.

With Redhawks gymnasts going winless in competition in 2019, Southeast garnered 10 competitive team wins – including a five-meet win streak from Jan, 31-Mar. 1. The 2020 Redhawks compiled a team NQS score of 193.780, good for third in the conference.

"I'm extremely humbled to be the recipient of this award," Lawson said. "Our conference is loaded with some amazing coaches who are all very deserving of this award.

“I think this award goes to the entire team and staff.

“They took the vision that I had for this program and turned it into fruition.

“This is a culmination of belief and dedication and I'm so extremely grateful for this honor."