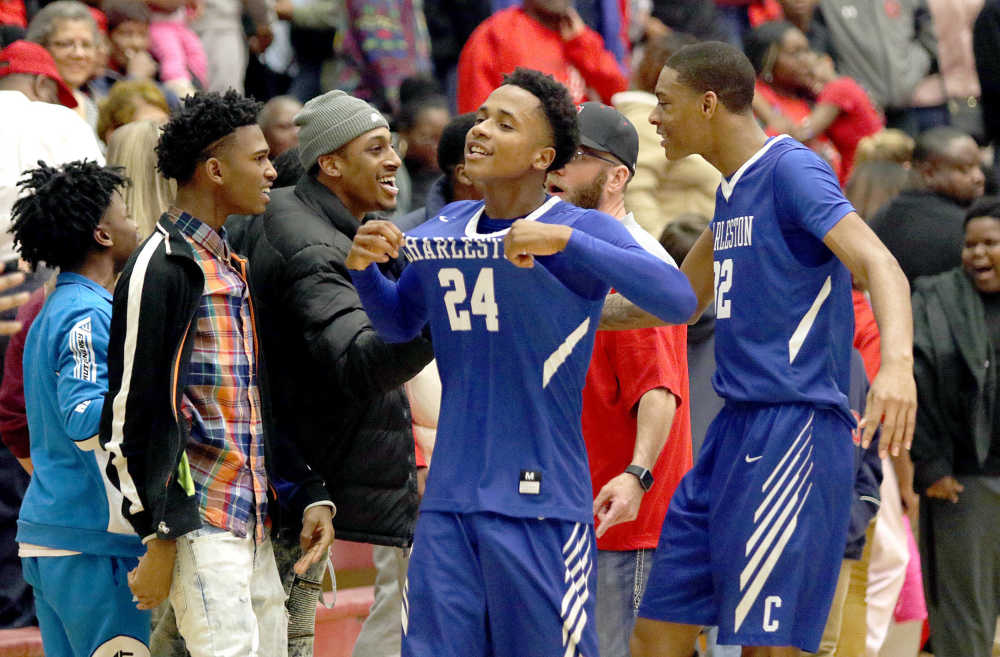 SIKESTON — It was a dream come true.

Those were the words that former Charleston Bluejay Demarcus Sharp said after earning an offer from Dana Ford and the Missouri State University Bears. Sharp announced his commitment to the program on Wednesday via his Twitter account.

“When he offered, it was crazy,” Sharp said. “It was Missouri State, and I’m from Missouri, so it was like a 50-50 shot that I was going to go there. I liked SEMO, but Missouri State was a perfect fit. It was a dream come true because coming out of high school, I thought I would never be a Division I player, but I worked for it.” 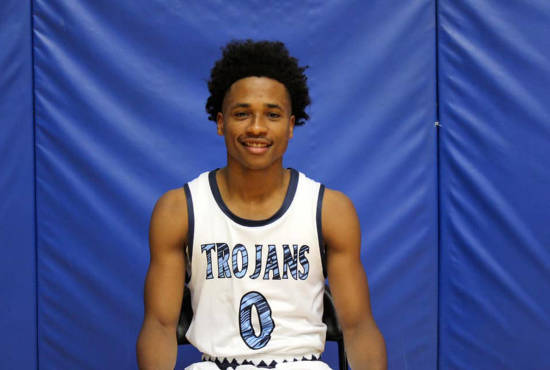 All of the hard work and preparation paid off, and for Rusty Elmore, he couldn’t be happier. Elmore coached Sharp at Colby and Moberly Area Community College — where he initially signed to play.

“What makes Demarcus special is that he doesn’t care how many points he scores,” Elmore said. “All he wants to do is win. There were nights when he carried this team, he put us on his back, and this is the best season Colby has ever had, and he was a big part of that.”

Winning is one thing Sharp knows how to do.

At Charleston, Sharp helped lead the Bluejays to four-straight district championships and a second-place finish at the Show-Me Showdown in 2018. 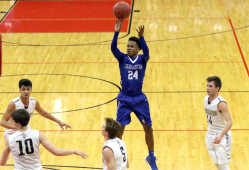 Charleston's Demarcus Sharp pulls up for a shot against Saxony Lutheran in a Class 3 sectional game Wednesday, Feb. 28, 2018, at the Bearcat Event Center in Dexter, Mo.
David Jenkins/Standard Democrat

However, there was still work to do.

Sharp added that from his time at Charleston to his final game with Colby, the improvement was remarkable.

“Just working on my craft,” said Sharp on what he did to improve. “That’s all it is to it. Being in the gym, when nobody wants to be in the gym, getting up shots, and just focusing.”

Sharp finished this past season, securing a pair of triple-doubles and five double-doubles.

Altogether, he was a player that Elmore couldn’t rest for long.

“He played almost 40 minutes a game for us every night,” Elmore said. “He had the ball in his hands probably 80-85 percent of the time. What was special about that was that he didn’t turn it over. It was his decision-making, and he usually guarded the best player on the other team every night. One night he may get a triple-double; the next night, he gets 28 and 10. He just did whatever he needed to do, and that’s what makes him special. He’s so versatile, and he can do so many things, and it was hard to take one thing away from him.”

With the impact of COVID-19 causing the cancelation of all collegiate basketball tournaments, Sharp said that he never got the opportunity to go on an actual campus visit.

However, he said that every time Ford showed up to a game at Colby, the connection was there.

“Every time they visited me at Colby, he would talk to me about playing time and what’s going on, on and off the court,” Sharp said. “He kept it so real, and that’s what caught my eye. It’s just been good vibes from here on out. Every time we talked, it was about me having the ball in my hands.

“He was basically just giving me the keys to the program, and I’m looking forward to changing the program around and having a great season.”

Ford finished up his second season in Springfield in 2019-20.

In his first season at the helm, he led the Bears to a 10-8 record in the Missouri Valley Conference. This past season, they finished 9-9.

Missouri State last made the NCAA Tournament in 1999.

Leading scorer, and guard, Keandre Cook graduates, leaving the door open for Sharp to earn a spot — which Elmore believes he will.

“I think he’ll walk in and have an immediate impact,” Elmore said. “One because he’s such a smart player. He can guard, he can shoot. There’s always a place on a team for guys like that. He’s just going to outwork a lot of guys.”

Sharp and Colby earned a bid in the National Junior College Athletic Association Tournament and would have opened up on Tuesday, against Northeastern Oklahoma A&M College.

Not being able to head back to Hutchinson, Kansas, for a second-straight year made Sharp upset in the end, and it wasn’t for personal reasons.

“I got to experience Hutch my first year, and I wanted to go back my second year with some of my teammates who weren’t getting the buzz that they wanted,” Sharp said. “If we would have went to Hutch, some of our starters would have had a lot of buzz. They would have got some of the offers that they wanted. I’m kind of mad for that because I love my teammates.”