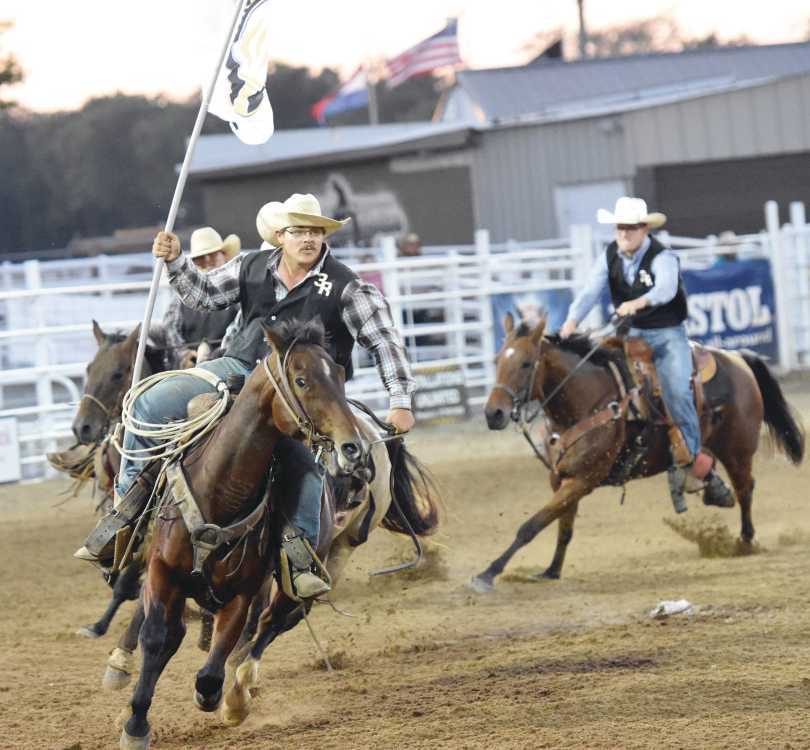 Two Raiders have qualified for the College National Finals Rodeo with the season ending early.

The final three events of the rodeo season were canceled due to the growing COVID-19 pandemic, and through seven events Cannon Smith and Trevor Zerrusen finished in the top three in the Ozark Region standings to qualify.

Smith entered the fall season after a complete knee reconstruction and a six-month break due to the injury.

Along with team roping, he competes in calf roping and steer wrestling, earning all-around cowboy points in the process. Smith finished ninth in steer wrestling with 190 points, 200 points shy of third place with each competitor able to earn a maximum of 180 points in a competition.

ōWith the way he was winning this spring, I believe he wouldÆve made it in steer wrestling to go along with team roping,ö Three Rivers rodeo coach Chad Phipps said in a statement.

Smith was coming off a third-place all-around finish and took fourth-place in both steer wrestling and team roping in the final event of the season March 12-14 at Arkansas-Monticello.

Zerrusen jumped from fifth to third in the Ozark standings after winning the first round and finishing second with first in the average at Arkansas-Monticello. He finished the year with 270 points, 30 more than fourth place.

ōTrevor has come a very long way since he started here at Three Rivers,ö Phipps said. ōHe is a 4.0 student and works really hard perfecting his bull riding and his hard work has paid off in the last six months. As a coach, you canÆt ask for a better athlete than Trevor Zerrusen on any team you would ever coach. From his attitude, his grades, the work ethic and hear he puts into his bull riding makes him top of the class and it makes me proud.ö

Three Rivers also had numerous Raiders on the verge of qualifying with three potential rodeos left in the season.

Madison Steele, who won the region in breakaway roping last year, finished fifth with 205 points, just five points shy of a tie for third place and 80 back of the region leader. She had just picked up a fifth-place finish at Arkansas-Monticello.

Five Raiders finished in the top 11 in bull riding. Along with Zerrusen, Jakob Sellers was seventh with 150 points and Joshua Norman was 50 points back of him in eighth place. Richard Wente was ninth with 80 points and Holden Moss got 11th with 30 points.

Colby Daniels got seventh in steer wrestling, 125 points outside of third place.