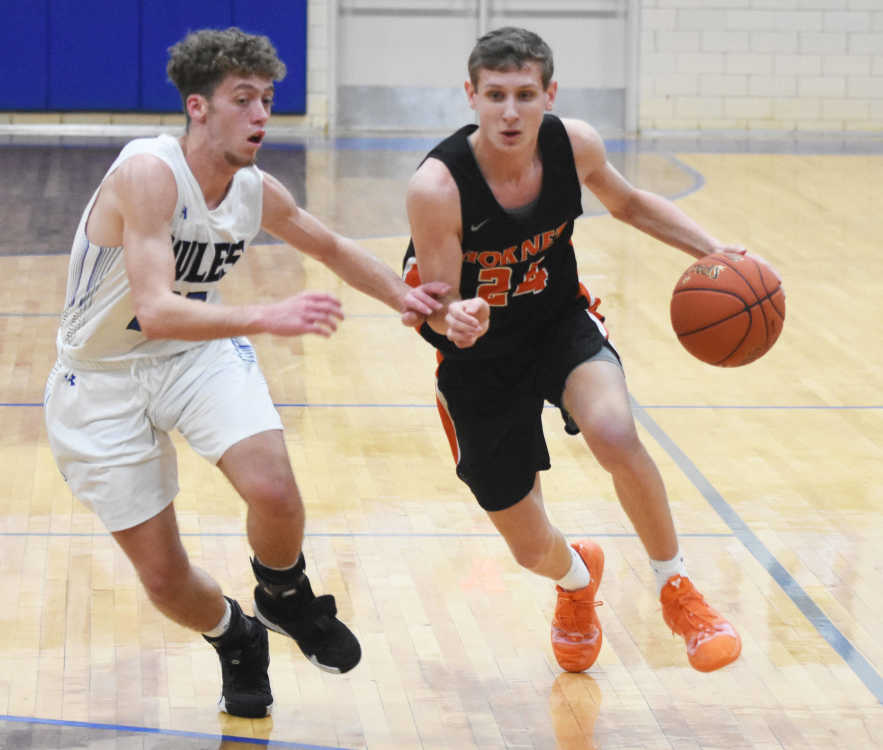 Advance's Jack Below (24) drives against Bernie's Skyler Schwent during the first half of the teams' regular-season matchup Jan. 20, 2020, at Bernie High School.
DEXTER STATESMAN/Kyle Smith

Advance senior Jack Below has been named basketball player of the year in the SCAA.

Below averaged a conference-high 33 points per game, leading the Hornets to a 23-5 record and a second-place finish in the SCAA standings.

Bernie senior Skyler Schwent was named the defensive player of the year, helping the Mules win their first district championship since 2013 and the SCAA regular-season championship. The Mules finished 24-6 overall and 7-0 in the conference.

Bubba Wheatley was named coach of the year after leading his team to 11 more wins than the season before.

ADVANCE: Jack Below and Landon Dailey.