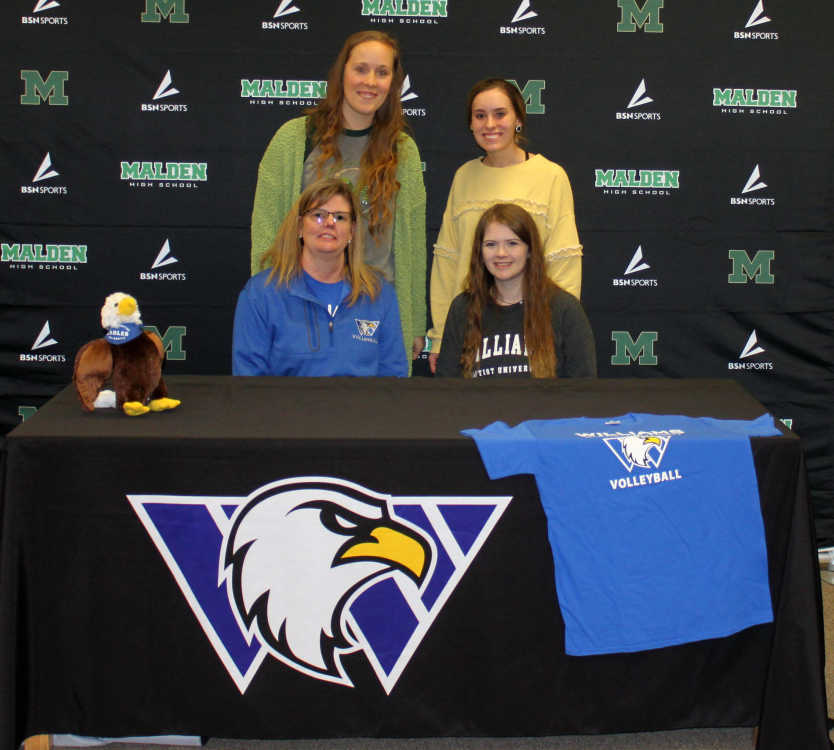 “I’ve coached Haven since she was a freshman,” Crane said. “She absolutely loves volleyball. She’s always focused on volleyball in her spare time. I think it’s great she’s going to have the opportunity to play at the collegiate level after all the hard work she has put in.”

“I wanted to attend Williams Baptist because my mother played softball there,” Wills said.

Wills, who also plays softball at Malden, was a two-year varsity starter on the volleyball squad.

“I’ve always loved volleyball,” she said. “I have a big heart for it. Every time I step on the court I want to go all out.”

Wills played on back row and front row at Malden.

“We were really confident with our serve receive when she was on the back row,” Crane said. “She was also an outside hitter for us on the front row. Last year, her hitting played a huge role in getting us to the state sectionals. She’s a very versatile player that was always on the court for us.”

Williams Baptist coach Michele Lawson says Wills is likely to be a defensive-first player at the collegiate level.

“She will most likely be a defensive specialist for us,” Lawson said. “She will handle passing and digging the hits into a playable position.”

Wills said she plans on majoring in physical education at Williams Baptist.

“I want to get into coaching,” she said.