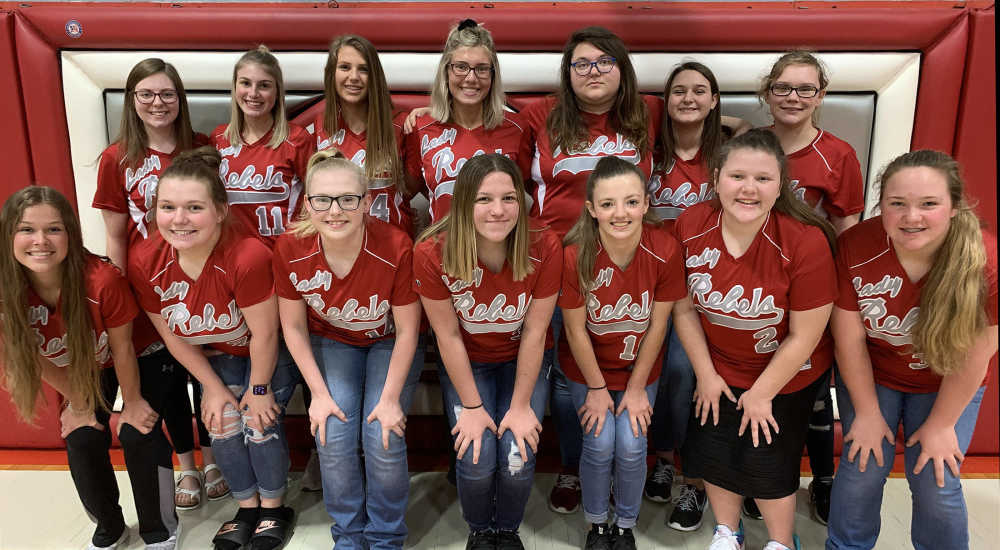 The Southland Rebels softball squad enters the 2020 season looking to make continued noise in the Tri-County Conference after finishing runner-up to Holcomb in its conference tournament last season.

“Obviously, Holcomb will be really good again,” Southland coach Macy Shearer said. “We also had some competitive matches with Cooter last year and look have some tough battles with them again this season. It should be a competitive conference.”

Southland has six seniors, one junior, one sophomore, and six freshmen on its high school roster.

“We’ve got a pretty experienced team this season,” Shearer said. “We are really excited about the girls we are bringing back.”

Among the returners on Southland’s squad are 2019 Tri-County Conference Player of the Year Jenna Gibson. Gibson batted .815 with six home runs last season as a sophomore. She also struck out 124 in 62.2 innings pitched while posting a 1.07 ERA in the circle.

“She pitched and played first base last season,” Shearer said of Gibson, who recently committed to play softball at the University of Memphis. “She can be dominate on the mound. We are super excited to have her this season.”

Senior Morgan McMinn is among the candidates to catch Gibson.

“She’s played in years past but didn’t get to play last year,” Shearer said. “We are really excited to have her back. She caught when she played before. This year she may play first, third, or catch. We will just have to see.”

Senior Haven Baker is expected to be a table-setter at the top of the lineup for the Rebels.

Sophomore Christina Kibbe is among the returning starters with the defensive flexibility to play multiple positions on the infield.

“She didn’t get much time on the mound last year but she’s also a very talented pitcher and utility infielder,” Shearer said. “We can play her anywhere. She would drop her shoulders and run her head through a wall if I asked her to.”

“Last year was Emma’s first year playing,” Shearer said. “Last year she played second base and a little bit of right field for us. Who knows where she will be this year. We are not really sure because we are trying to switch things up.

“MaKynnzi played left field last season,” Shearer continued. “We look forward to her getting some playing time as well.”

“She’s going to be a rock star,” Shearer said. “She’s one of those kids if you ask her to do anything in the world whether she has done it or not she’s going to go do it. She’s a great athlete that gives 100 percent at everything she does.”