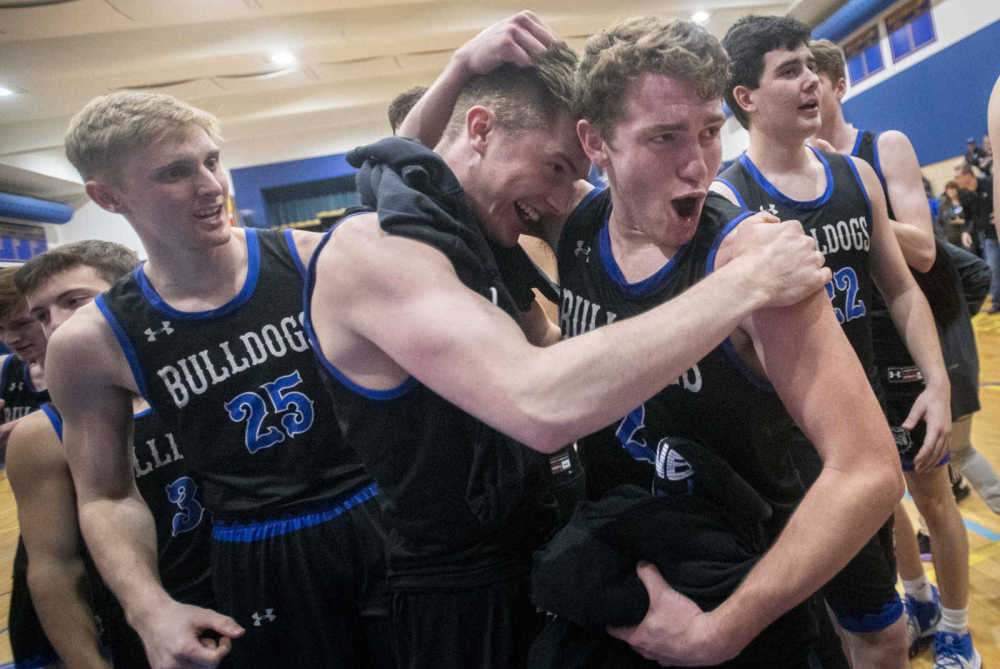 In what the Missouri High School Activities Association (MSHSAA) termed "a decision that took care of itself," Notre Dame will not get a chance to play for state basketball championships this coming weekend.

MSHSAA, citing concerns from its member schools and from the Centers for Disease Control and Prevention (CDC), has decided to cancel the remainder of the Class 4 state tournament scheduled for Friday and Saturday in Springfield, Missouri.

"We knew (cancellation) was a real strong possibility," said Graviett, in his third year as Bulldogs' A.D.

As the news about spread of coronavirus across the United States continued unabated, Graviett said he figured there was "less and less chance" the Bulldogs' teams would get to play further.

Notre Dame's boys and girls basketball squads punched their tickets to the Final Four of the Class 4 tournament Saturday. 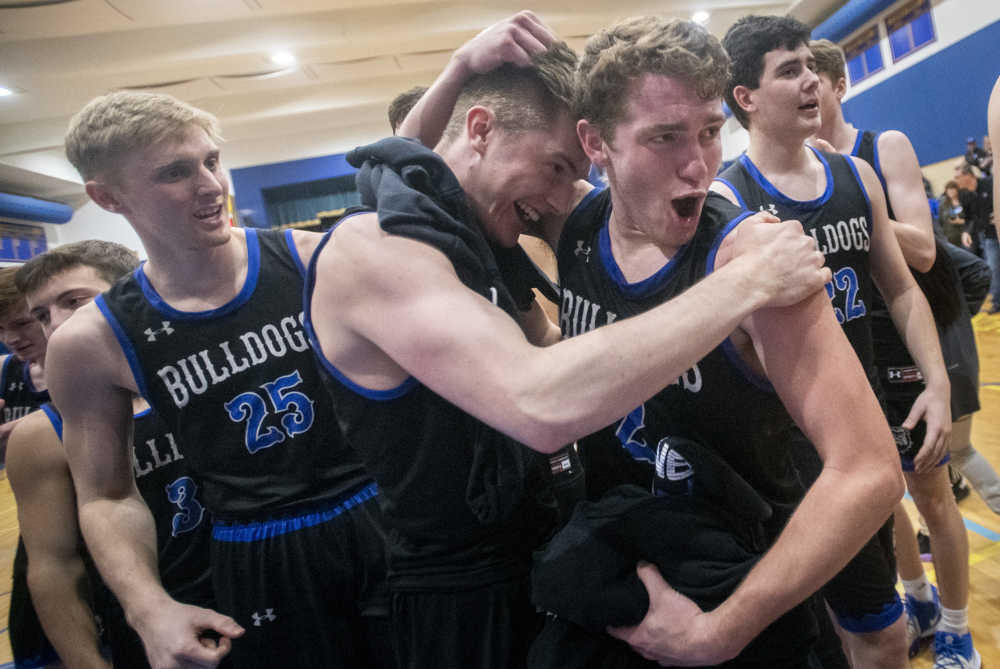 It was the first time in school history Notre Dame's teams had both made it to the semifinals in basketball at the same time.

The boys team, skippered by Unterreiner, also made the semis with a 59-53 victory over Westminster Christian Academy. The Bulldogs (26-4) were set to play Raytown South (25-3), also Friday.

Neither contest will happen.

MSHSAA managed to complete the state tournaments for Classes 1-3 but changing circumstances - and increased concern about the spread of the COVID-19 virus - made finishing the tourney for the higher enrollment schools problematic.

"Saturday night we had a good feeling about continuing," said West, "but the CDC announcement really had an impact on our thinking." 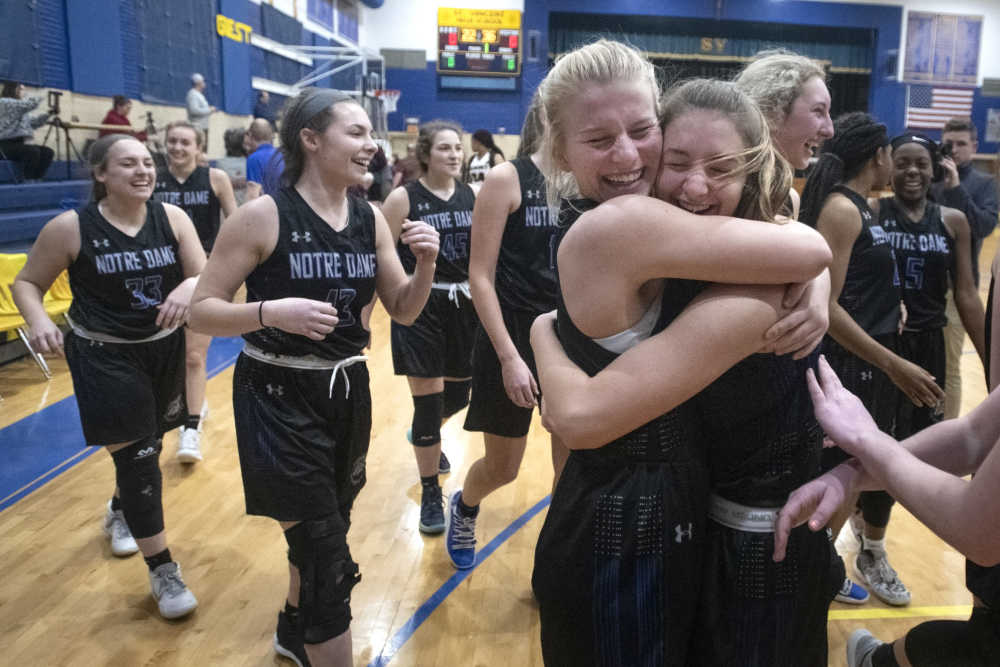 On Sunday night, the CDC has advised against gatherings of 50 people or more for the next eight weeks.

In what the organization called a "guidance announcement," the CDC said in a release, that it was warning against large events and mass gatherings that include "conferences, festivals, parades, concerts, sporting events, weddings and other types of assemblies."

"It was not an easy decision," said MSHSAA Communications Director Jason West.

Graviett said the girls and boys teams, along with Notre Dame's cheerleaders, assembled in the high school's chapel Monday afternoon to hear the disappointing news.

"It was emotional," Graviett said. "It felt like someone passed away.

"For coaches and administrators, this is not the end of our careers," added Graviett, "but some of these girls and boys have now played their last (prep) game.

"It's a shock. They've all worked so hard to get here."

The Classes 4/5 "Show-Me Showdown" was to be played in Springfield, Missouri's J.Q.H. Arena, a 75,000-square foot Missouri State University facility with a seating capacity of 9,600 for basketball.

"We (originally) thought with a maximum of 400 people in the venue that we'd be OK," said West, "that there would be plenty of space to spread out and practice social distancing."

West also said that a number of new hand sanitizing stations were to be in place at the court and concourse levels.

The CDC announcement was decisive, said West, but also determinative was the move of a number of schools, including Notre Dame Regional High School, to stop face-to-face classes.

Notre Dame will cease classes effective Wednesday. Traditional classroom activity will stop at least until April 3 at which time the policy will be "reevaluated," according to principal Tim Garner.

Jackson R-2 district is suspending classes effective Tuesday. Cape Girardeau Central's school board was to decide on its plan during a meeting at 5:00 p.m. Monday.

Notre Dame is also suspending all spring sports, activities and other events for at least three weeks.

Jackson school superintendent John Link told the Southeast Missourian that there would be no school events or sports practices for the rest of this week. Jackson R-2 promises to keep parents, teachers, staff and students informed through the various platforms it employs to get information out - the district website, texting, email and social media.

At press time, Cape Central's plans had not been announced.

Graviett, who coaches the Roman Catholic high school's baseball and softball teams, takes the long view in the wake of Monday's chilling news.

"We ought to take a global perspective (here)," said Graviett. "God's got a bigger plan."

The abridged text of MSHSAA's Monday morning announcement is as follows:

Columbia, Mo.- Due to continuing concerns regarding the spread of COVID-19 the Missouri State High School Activities Association (MSHSAA) has made the difficult decision to cancel the remainder of the Show-Me Showdown for Classes 4 and 5.

The decision was made in consultation with local and state officials, as well as the member schools. The most recent CDC recommendations of limiting gatherings played a large part in the making of this decision.

“We understand the unexpected hurdles this creates for our schools and fans, and apologize for the inconveniences it has caused. Our thoughts are with our schools as they navigate the uncertainty of these times,”

The abridged text of MSHSAA's Monday afternoon announcement is as follows:

Columbia, Mo.- As of today we are not canceling any spring sport championships. The MSHSAA Office will stay in communication with state and local officials to help determine the possibility of holding the championships either as scheduled or rescheduling them as long as schools are still in session.

“If we are able to maintain locations for hosting the championship series, and schools are wishing to participate in the post season, we will conduct the championships,” Urhahn said. “We are not canceling any spring sports at this time.” Also note that if a school has determined that they are closing for a period of time due to COVID-19, no practices or games should occur during that time. If a school is still in session,

then it is the local school’s decision on practices and games.

“This is consistent with our prior efforts to execute a measured response under the guidance of the appropriate health and governmental authorities,” said Urhahn.