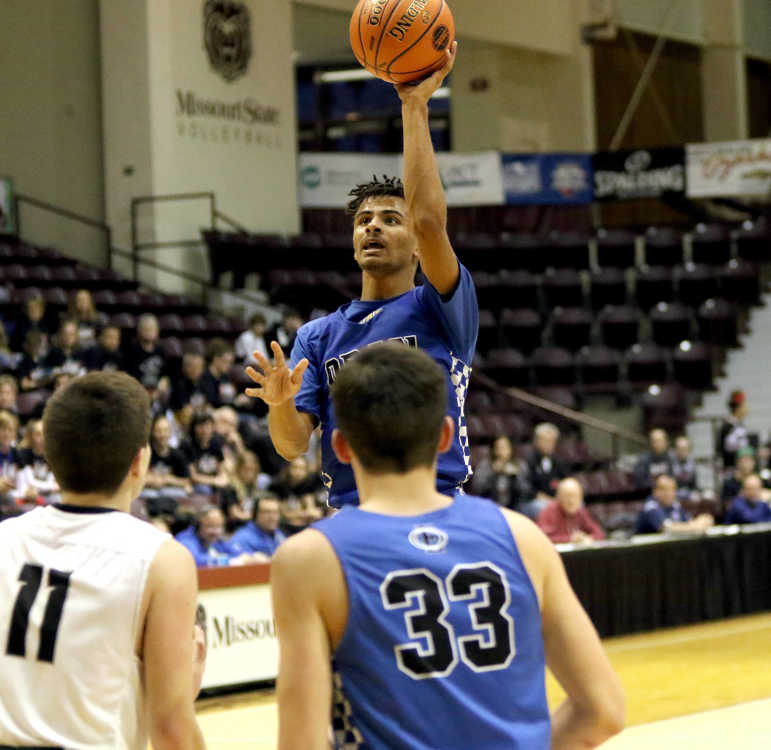 SPRINGFIELD – On average, the Oran boy’s basketball team scores 17 points per quarter and generally has around 35 at halftime of its games.

In Friday’s Class 2 semifinal against Skyline, the Eagles had five points going into the second quarter and by the time the game was nearly 13 minutes old, Oran had made just four baskets, as it trailed by as many as 17 points in the opening half.

“I’m proud of our effort,” veteran coach Joe Shoemaker said following the Eagles’ 70-51 loss. “I’m proud of what this team has accomplished. You don’t want to lose when you come up here, but that is part of it.

“A lot of this just came down to a make and a miss.”

The Eagles (26-6) got good looks throughout the opening half, looks that this team (which makes 46.6 percent of its shots on average) generally makes. But they weren’t falling Friday.

“If you would have told me to take those shots we had at the beginning of the game,” Shoemaker said, “I’d take them all over again.”

That athletic guard connected on 66.4 percent of his shots this season, including an astonishing 77.8 percent from 3-point range. However, within minutes of the opening tip, he had missed a lay-in in transition and a 3-pointer.

The Tigers (30-2) will play Hartville (30-2) today for the championship and they did everything necessary to win this game.

As the Eagles were struggling offensively (they missed 12 of 14 3-pointers in the opening half), Skyline was shooting well within its offense (47.6 percent in the first half and was perfect from the free throw line (6 of 6 in the first half).

Beem finished with 24 points, while sophomore guard Lawson Been totaled 20.

Despite digging itself a massive early 22-5 hole, the Eagles did fight back to trim the halftime deficit to 30-19 on consecutive 3-pointers from reserve guard Dane Shands and Goodale late in the second quarter.

On two occasions, the Eagles trimmed the margin to nine, but they couldn’t pair any offensive success with defensive stops.

Oran junior guard Langdon Scheeter scored on a drive to pull his team to within 38-29 with 2:13 remaining in the third quarter, but the Tigers fired right back by closing the period on an 8-0 run.

Oran managed some offensive success in the final quarter, but Skyline finished the game by making 21 of 23 free throws (91.3 percent), which kept Oran at bay.

“We were playing catch-up from the beginning,” Shoemaker said. “I was confident that we would make some runs, but the thing was, they continued to shoot the ball well.”

Goodale led the Eagles with 21 points, while junior Ty Johnson finished with 14 points.

Scheeter and senior forward Todd Priggel each had team-highs of seven rebounds and three assists. 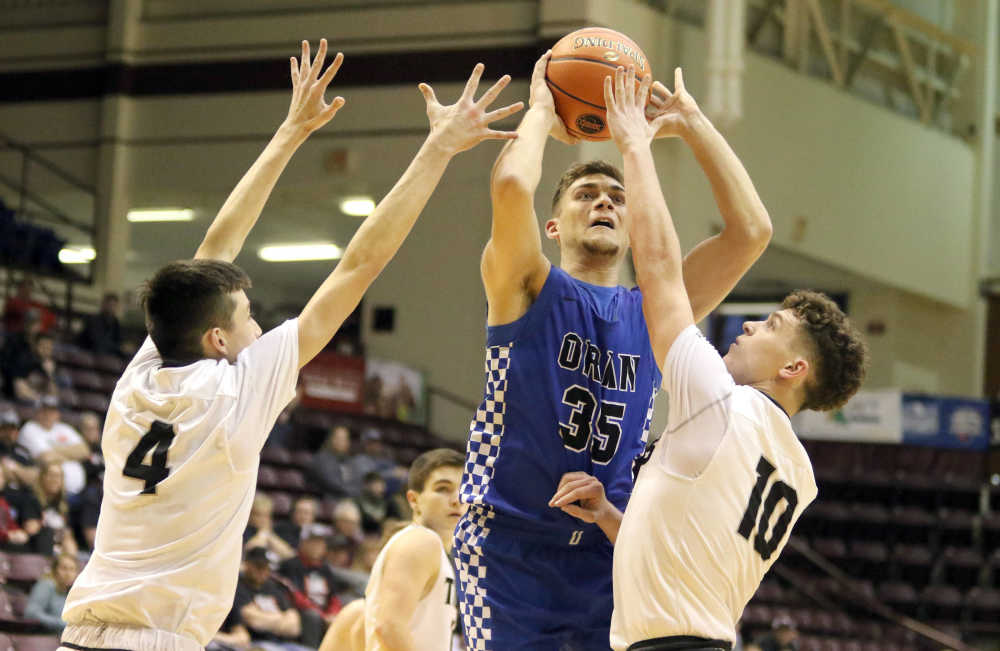 Oran Boy's Basketball Notes: Return of senior boosts Eagle run
Tom Davis
SPRINGFIELD - In early January, no one within the Oran boy's basketball program knew for sure if the Eagles would be playing at this stage of the season, and it certainly was questionable whether senior forward Todd Priggel would be.
Respond to this story