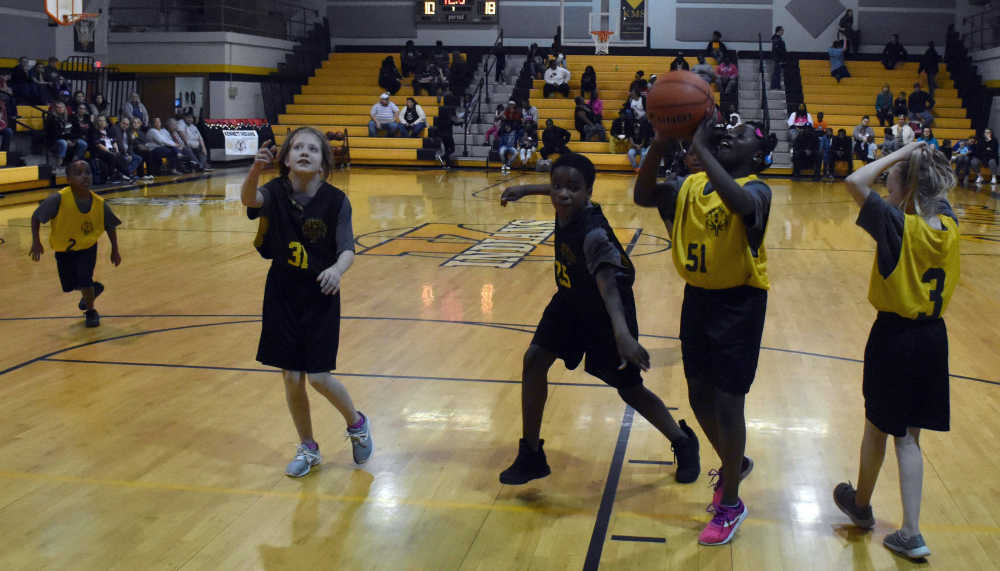 The third annual Special Olympics Basketball Exhibition was held in the Kennett Middle School gymnasium on Saturday. Athletes were able to showcase their skills in front of the largest crowd ever to attend the exhibition.

Kathy Rogers, a coach for the Kennett Special Olympics team, appreciated the community support and sponsors for the exhibition. 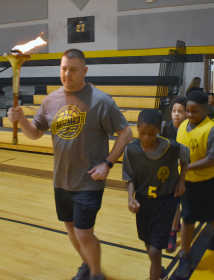 “Today was amazing. We had the biggest crowd that we’ve had in the three years that we’ve been doing this,” Rogers said.

Melissa Wayne, a coach for the team, was thrilled with how the exhibition went.

“It was a fabulous day of fun. Everybody had a good time, and they had a chance to play and show off what they’ve learned,” she said.

Missouri State Highway Patrolman Matt Freeman carried the torch into the gymnasium to begin the opening ceremony. He was followed by the athletes, who were welcomed with applause from the crowd. A group of fourth-graders and athletes then sang the national anthem, as the other athletes stood at attention in a line. Each athlete was then introduced to the crowd.

The Kennett Special Olympics team has continued to grow since its inception.

“We had the largest amount of kids ever,” Rogers said. “We have 30 on our team right now, and we’ve never had that many.”

The thirty athletes were split into six teams; the Alley Oops, Basket Hounds, Dribblers, Dunkers, Fire Ballers, and Shooting Stars. Each team played a half-court game against a different team.

“Today is the biggest day,” Rogers said. “They get to compete outside of Kennett a few times a year, but this is really the only time their family is able to come and watch because it’s a local competition.”

A free throw competition was held for the spectators in between games.

“We had a student from South Elementary School win that, so it was exciting,” Wayne said. Each participant in the free-throw competition donated $1 to enter.

The Kennett High School Stomp Team and Elite Tumble and Cheer each performed during the exhibition. School organizations helped run the concession stand and the free-throw competition. Rogers praised the different community groups that attended the exhibition. “It is super important because it gets the community involved. It gets more people in the stands, so more people were here to see the athletes and cheer them on,” she said.

Wayne shared that the event was “astronomical” for the athletes. “It allows them to learn life skills and work as a team,” she said. “It’s life-changing.” 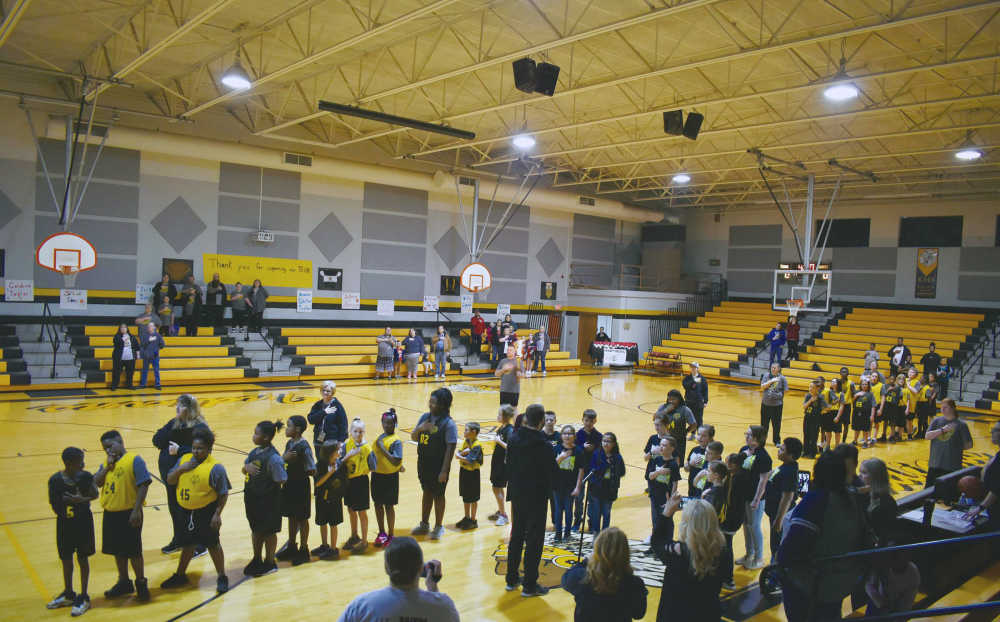