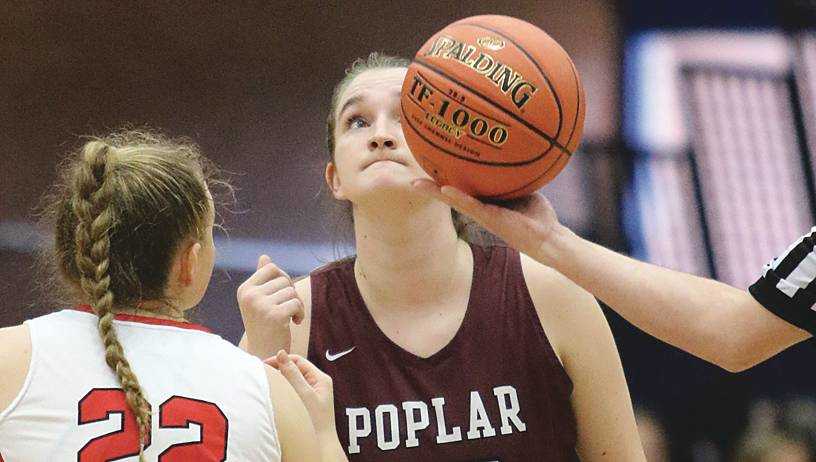 Update with change in tipoff time for Poplar Bluff's game.

MSHSAA announced it was making adjustments to the playoffs in a conference call with schools as state and local health officials announced a second case of the novel coronavirus, COVID-19, in Missouri.

The Mules' girl's squad will now play at Francis Howell Central High School in St. Charles County at 12 p.m. Saturday but only in front of "essential personnel only."

Poplar Bluff Athletic Director Kent Keith and girl's basketball coach John David Pattillo were working to speak with the team Thursday night and were not prepared to comment.

Notre Dame, which is scheduled to play in the Class 4 boy's and girl's quarterfinals at Jefferson College, said in a tweet Thursday night that more information will be sent out to parents Friday.

In an email from MSHSAA officials provided to participating schools, each team will be allowed 60 individuals in the venue for the game.

"It is each school's discretion as to who gets in on their 60 person allotment," the email states.

All 60 individuals "must enter the building with the primary school contact" an hour prior to the game time and entry will close 15 minutes after opening.

The Class 5 semifinals are scheduled for March 20 at JQH Arena in Springfield with the championship the following day.

The Class 4 semifinals are scheduled for March 19.

Notre Dame's girls are to play Rockwood Summit at 1 p.m. Saturday at Jefferson College in Hillsboro followed by the boys at 2:45 p.m., as the Bulldogs face Westminster Christian.

Earlier in the day, MSHSAA limited the number of spectators at the Show-Me Showdown for Classes 1, 2 and 3 after a recommendation from the Greene County Director of Public Health and in consultation with Missouri State University, where the basketball tournaments were being held.

Each school in Springfield was given 150 wristbands to distribute to fans to attend Thursday's games. The third-place games were canceled.

"We understand the unexpected hurdles this creates for our schools and fans, and apologize for the inconveniences it has caused," said Dr. Kerwin Urhahn, MSHSAA Executive Director, in a statement.

The Oran boy's squad is scheduled to play Skyline today at 6:20 p.m. in the Class 2 semifinal, while the Eagles' girl's team is set to play East Buchanan at 2:40 p.m.

The Charleston boy's team will face Monroe City at 6:20 p.m. in the Class 3 semifinal.

Missouri Gov. Mike Parson's office announced later Thursday that a person in their early 20s tested positive for COVID-19 at a Springfield clinic. The first case in Missouri was reported in St. Louis County last week.

Spring sports in Missouri are scheduled to start games on March 20.

The state high school basketball tournament in Illinois was canceled due to coronavirus concerns, while Kentucky and Tennessee suspended games indefinitely.

The Three Rivers College softball team's trip to the Crowder Bash in Arkansas this weekend has been canceled.

The NJCAA also postponed its national championship events Thursday with a tentative start date of April 20.