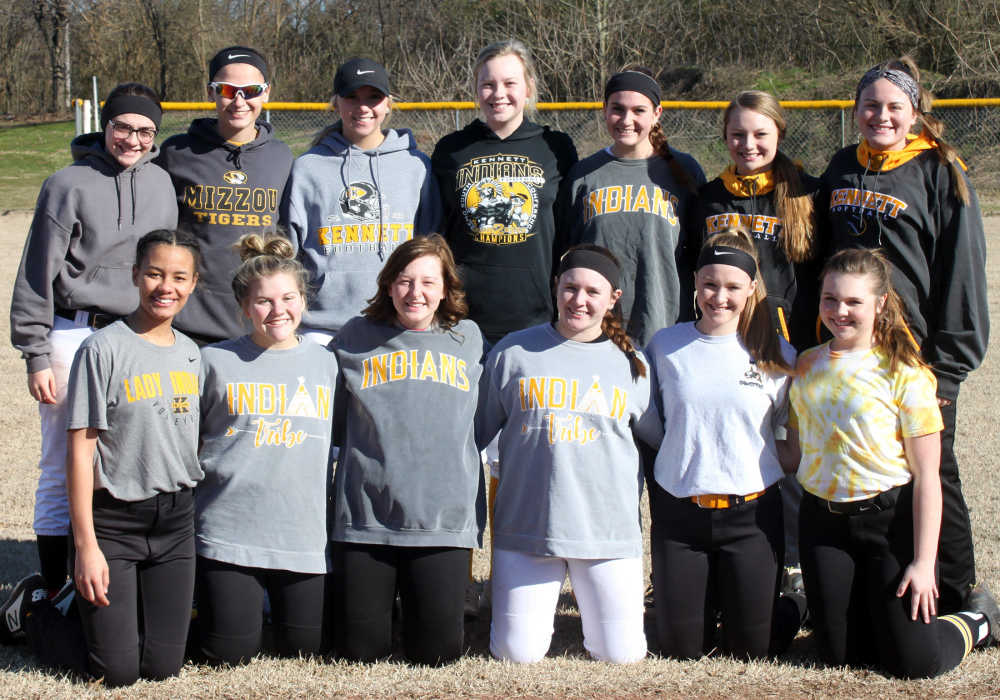 The pieces appear to be in place for another big year for the Kennett Indians softball program in 2020.

“We’ve got a very experienced team,” Kennett first-year coach Logan Dollins said. “We only graduated a couple off last season’s squad so we’ve got a good core coming back. They had a great season last year, so hopefully, we can put it together and make another run.”

“Everybody can hit in this lineup,” Kennett cleanup hitter Byers said.

Harris and Johnson are the leading candidates to see time in the circle.

“Both of our pitchers got a lot of time last year,” Dollins said. “They are back and healthy so our pitching should be a foundation for our team.”

Kennett is looking to re-establish itself as the front-runner in the Bootheel Conference after falling to Malden in the title game of its conference tournament last season.

“You have to come out and play every single day,” Dollins said of the Bootheel Conference. “Hopefully we can fine-tune some little things we are working on right now. But I like our chances against anyone in the conference to be quite honest. We will have a target on our back after finishing second in the state. There are some teams that really want to beat us so we better come out every single day and play.”

Kennett opens its season Mar. 20 at the two-day Bearcat Blast in Jonesboro, Arkansas.

“It’s always challenging when we go down there because Arkansas teams have been playing for a few weeks,” Johnson said. “But we are ready for the competition.”

District assignments have yet to be released for spring softball. Kennet is attempting to win its seventh straight district title and advance to the state tournament for the fourth time in the last seven seasons.

“Our goal is to get back to state,” Johnson said. “We’ve been working hard as a team to get ready for the playoffs.”