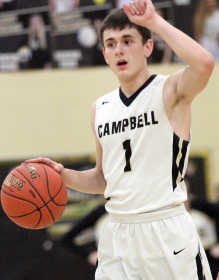 The 2020 Bootheel Conference Boys Basketball Awards have been released. 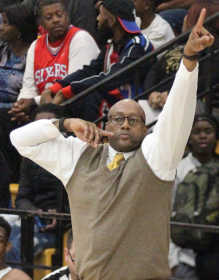 Campbell junior Blake Fowler has been selected all-conference and Bootheel Conference Boys Basketball Player of the Year. Fowler averaged 27 points, three rebounds, four assists, and three steals per game. He shot 82 percent from the free-throw line, made 64 percent of his 2-point shots, and knocked down 39 percent of his 3-pointers. Fowler was part of a Campbell squad that shared the regular-season conference title and won the Campbell Christmas Tournament.

“Blake had a really good year for us,” Campbell coach Steve Fowler said. “He handled the ball for us and also had to facilitate and score some for us. He works really hard during the season and also during the offseason. His mindset now is to be better next year. He has already started offseason skill-workouts. He is a great example of what handwork can do and is a great example for upcoming players.”

“I’m very humbled to be selected Bootheel Conference Coach of the Year,” Day said. “I really appreciate all of the coaches for giving me this honor. I want to thank my guys for buying into what the coaching staff was teaching them. Once again I want to say thanks.”