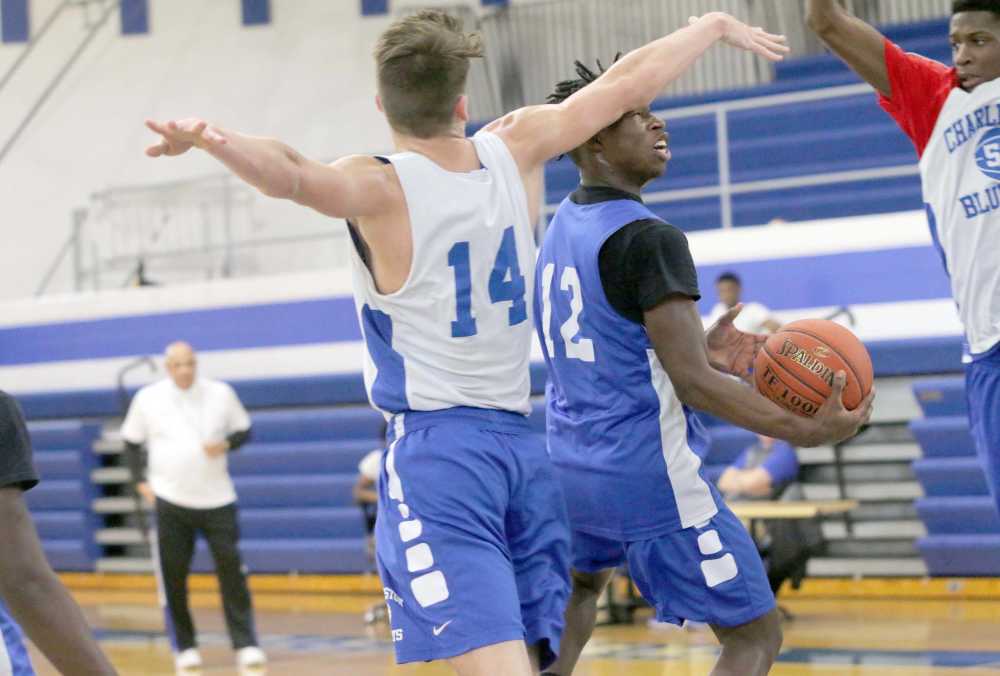 Charleston's Terridean Bogan (12) tries to score while being guarded by teammate Sam Bledsoe (14), during a practice, on Tuesday, March 10, 2020, at Charleston High School.
Alex Wallner/Standard Democrat

SIKESTON — It all comes down to this.

Three Standard-Democrat area basketball teams are vying for a shot at a state championship starting Friday, on the campus of Missouri State University, in Springfield.

Both the Oran girls’ and boys’ basketball teams are making the trip, while the Charleston boys’ team joins them.

Here is a breakdown of each team’s history in this stage of the state tournament, how each team got to this point, and what is ahead on their quest for a state title.

Charleston is back in familiar territory — challenging for a state championship.

The Bluejays — who are 27-4 this season — are making a semifinal trip for the 23rd time in program history while looking to capture the program’s 12th state title.

Veteran Bluejay head coach Danny Farmer is looking for his third state championship since taking over at Charleston, which begins on Friday against No. 6 Monroe City.

The last time Charleston made won a state championship was in 2012 when the Bluejays finished 31-2.

“I’ve watched a little video on them,” said Farmer of Monroe City. “They have a 28-2 record. I know they are a good football school and at this point, I think we’re playing a good team — I see them as a good team. We’re going to watch more video on them and find out more about them. I don’t much about their personnel right now, but at this point in the season, I’m concerned about Charleston and making sure Charleston is doing everything well.”

A balanced team, Charleston has four players averaging double-figures this season — all of whom are seniors.

Blessin Kimble is the force inside for the Bluejays.

Kimble is nearing a double-double this year, at 15 points and 8.7 rebounds per game. He is shooting 58 percent from the floor.

Lastly, Isaiah Gillespie is the final double-digit scorer at 12 points per game. He is shooting 43 percent from the floor but doesn’t need to score to be effective.

Gillespie’s defense stands out, as he ties Bogan with a team-high 3.4 steals per game, along with 5.4 rebounds and 2.3 assists. 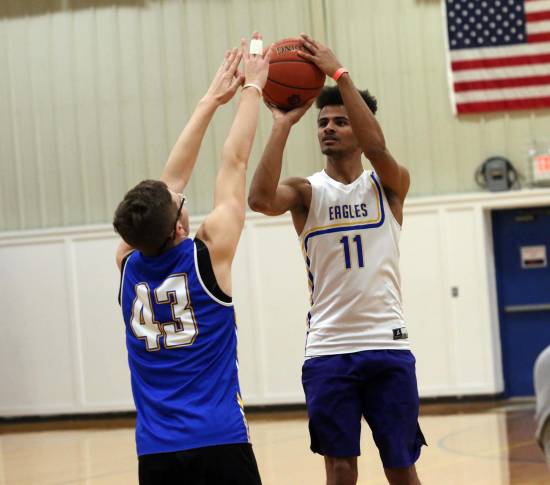 With a record of 26-5, the Oran Eagles are looking for the program’s second state championship. Their only title came in 2017 when they went 23-8.

During its 2017 run, Oran defeated Hartville — the 2016 Class 2 state champion — in the quarterfinals, 55-52, to advance to Columbia, Missouri — the state championships were on the campus of the University of Missouri at the time.

Fast forward two seasons, to 2019, and the Eagles were in a similar spot.

However, in the title game, the Eagles met their match.

Now, just two wins away from a second-state title, Oran head coach Joe Shoemaker is trying to add more gold to his mantle but understands that it will be tough to achieve.

The Eagles take on No. 3 Skyline in the semifinals.

“We’ll have to be on top of our game,” Shoemaker said. “A quality team that’s up there, that goes without saying. They’re taller than us, which is normal, par for the course. We’ll have to shoot the ball a little bit better than we have been, and we have to rebound better.”

For Oran, having more recent experience in this atmosphere can help, and is something that they can use to their advantage.

“I hope it helps out,” Shoemaker said. “Obviously, most of these kids have played before in that experience, and hopefully that helps out, and we’re not too nervous. Each year is a new year, so I don’t put a lot of stock in that.”

So far this season, Oran has four players averaging more than 10-points per contest.

Senior Tyson Goodale leads the way, at 19.7 points per game. He also averages 6.4 rebounds, while shooting 66 percent from the field, 56 percent from 3-point range, and 79 percent at the free-throw line.

Junior Ty Johnson is second on the team in points, at 13.6 per contest. He is shooting 43 percent from the floor, 32 percent from beyond the arc, and 64 percent at the foul line, and can also do damage on the glass, with 7.2 rebounds per game — which leads the team.

Lastly, senior, and 2019 MBCA All-State selection, Todd Priggel is the final double-digit scorer on the team, at 11 points per game.

After missing nearly two months with an ankle injury, Priggel returned in the district tournament and boosted the Eagles on the court. To go along with his 11 points, he is averaging five rebounds per game and shooting 56 percent from the floor, and is a body that the Eagles needed. 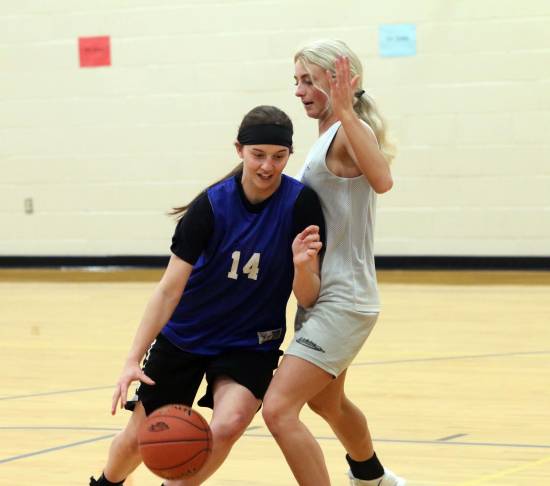 The last time, the Oran Lady Eagles went to the state tournament, they came home with a fourth-place trophy.

2017 was also the only time in program history that Oran made it to the state semifinals and had a chance to compete for a championship.

During that run, Oran defeated Neelyville, 72-69, in the quarterfinals, before falling to Adrian, 54-46, in the semifinals, and Scotland County, 49-41, in the third-place game.

Despite losing that kind of talent, the team’s chemistry never wavered, and the confidence is high after defeating defending state champion Thayer.

“They’re confident,” Oran head coach Larry Boshell said. “That game could have went the other way just as easily as it did our way. We don’t have anything to lose. We’re there, and we’re going to go out and play hard. The nerves may set in right off the bat, but once we get through that, I believe we’ll be OK, as far as nerves.

“Kaylee is the only one that I think saw playing time the last time they went, so it will take a minute or so to adjust, but once the nerves settle, and that ball goes up in the air, we’ll figure out that we’re playing on the same size basketball floor that we have the last two games.”

They take on No. 2 East Buchanan, who is making its first trip to the state semifinals.

At 29-2 this season, the Bulldogs have played their fair share of competition.

Without knowing a whole lot of information about the Bulldogs, Boshell said that they aren’t going to change much heading into the game.

“We’re going to go out and do the same thing we’ve done all year basically,” Boshell said. “We’re not going to change a whole lot. We’ll watch some film on them, see if we can learn any tendencies. But, for the most part, we’re going to do what we do.”

Oran heads into the semifinals with two double-digit scorers on the roster.

Junior Katie Webb leads the team, at 15.4 points per game, on 64 percent shooting. She also averages 7.8 rebounds per game.

Senior Kaylee Payne is the other double-digit scorer for the Lady Eagles, at 14.6 points per game. She is shooting 43 percent shooting from the floor, 34 percent from 3-point range while averaging 5.4 rebounds, and 4.1 assists per contest.